What to Do if You Were Sold a Lemon Car 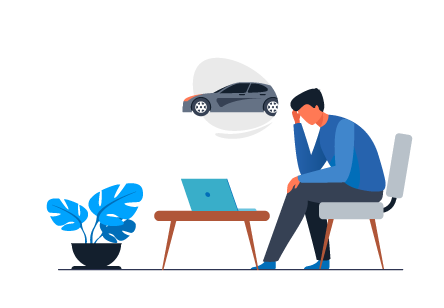 It happens every now and then in the life of a shopper -you’ve bought a product that doesn’t work right even though it’s fresh out of the packaging. This can be something as little as an appliance like a blender or something much bigger such as a car. It isn’t unheard of for someone to drive their new car off the lot, only for it to have a mechanical issue five minutes later. It’s not the driver’s fault; they were just sold a car that doesn’t work or has an underlying issue(s) that severely impacts its performance and safety.

A lemon vehicle doesn’t mean it’s the end of the world. In fact, there are several laws and practices created to remedy the issue of a lemon vehicle. The post serves as a guide to the laws behind a lemon car, what to do when your car is discovered to be a lemon, and how to avoid or look out for lemon cars.

What Makes a Product a Lemon?

What is a lemon? As the name implies, it’s a product that has gone sour. Mass production isn’t perfect and can produce some errors every once in a while. Cars are complex machines with all their engine and electrical parts, so there’s always a possibility that one of those moving parts doesn’t function right. A car would officially be deemed a lemon if the automaker it was purchased from can’t fix the problem within a certain amount of time. If this happens, lemon laws compel them to provide a refund or replacement. This amount of time is usually determined by the state’s lemon laws. We’ll get into what specific problems a car may have that qualifies it as defective in a later section.

What Are The Different Types of Lemon Laws?

Let’s look at buying a defective vehicle and what laws come into effect. There are both federal and state government laws regarding lemons.

The two types of legislation are:

What Are Other Legalities of Lemon Cars?

After reading the previous section, you may have some questions about the legal terminology or how defective cars are classified.

What if The Lemon Car is Used?

Lemon laws usually apply to new cars from the factory within the first couple of years. However, there are a couple of states like New York and Massachusetts that have laws that apply to cars under a certain mileage, like 18,000 or 125,000. At the same time, states also have laws regarding defective, used cars. Used car dealers are often required to provide warranties for the vehicles they sell. The main difference between new car and used car lemon claims is that you appeal it to the dealership as opposed to the auto manufacturer.

Dealerships are the best way to get a deal on used cars because cars from a private seller aren’t totally protected by lemon laws. At that point, a lawyer would have to be consulted for the best way to remedy it. Again, used lemon cars must be serviced within a reasonable amount of time or have had repairs attempted on it a sufficient amount. Used cars are held to the same lemon standard as new cars; the only difference is the procedure.

Do Lemon Laws Apply To Both Major And Minor Defects?

Yes, as previously mentioned, something as minor as a paint job defection can qualify the car as a lemon. However, it becomes more severe when a safety feature like the brake system or airbags doesn’t work properly.

A car can qualify as a lemon and be resolved base on these types of damages:

How is a Lemon Vehicle Fixed or Resolved?

Now, let’s move on to the actual process of resolving a lemon car so that it’s out of your hair. The main drawback is that this process can take time to resolve completely. It’s not a matter of expertise; it’s a matter of knowing what to do and being patient with the results.

Here’s how to resolve a lemon car:

How to Avoid Buying a Lemon Car

While you can’t help the quality control of an automaker, there are ways to be vigilant when car shopping and you come across a lemon car. These precautions are especially to be taken when shopping for used cars.

Here are ways to be on the lookout for lemons when car shopping:

An important note to make about buying a car is whether it is sold “as is.” A car sale that is labeled “as is” means that there is no warranty and doesn’t hold the vehicle to a standard. Due to this, the seller won’t be on the line for any lasting issues the vehicle may have since you’ve agreed to buy the car as it is. It’s best to find a car that is covered by a warranty if you are worried about receiving a lemon. This information is located on the buyer’s guide sticker.

In the market for a new auto insurance plan? Welcome to Insurance Navy, an insurance company that brings affordable car insurance to drivers of all risk levels. Call us today at 888-949-6289 for a free quote or request one online via our website and mobile app.