The Most Dangerous Cars 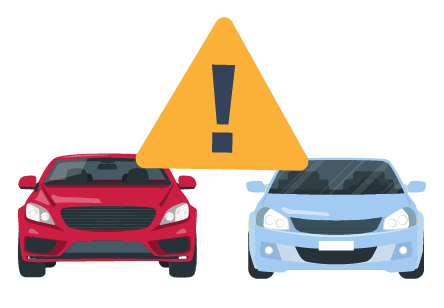 Car insurance providers often give discounts for a car’s safety rating. However, the cars that we go over in this post haven’t and won’t be getting those discounts anytime soon. We look at some of the most dangerous cars from the last 50 years that have existed in infamy and also expose some of the mistakes and darker secrets of automakers. If you see any of the following cars, turn around and walk in the opposite direction. It just might save your life.

What Makes These Cars so Dangerous?

We not only look at accident statistics of dangerous vehicles but glaring issues they had, which soon became their identifying feature. Any car can be dangerous due to a dangerous driver behind the wheel, but these cars have issues even before they get in the car. In this post, we don’t even consider the driver or their own risks, just the risks of the cars themselves.

The Fiero by Pontaic was well known in the 80s for the wrong reasons as it suffered from oil leaks and the engine overheated and caught fire relatively easily. The futuristic fiberglass body and flip-eye headlights hardly made it worth the risk. Prior to its debut in 1983, these problems were even present in their driving testing. Despite the hundreds of internal fires that occurred because of the Fiero, it’s a miracle that only six injuries were reported. These issues led to the discontinuation of the Fiero altogether.

The Yugo GV’s safety rating isn’t just low; it’s disturbingly low due to the fact that collisions to the front of the car are completely unprotected. If an accident doesn’t put a GV out of commission, then it would be its engine that dies and falls apart quickly. Several had to be recalled because their fuel failed to meet the environmental standards required by law. The death rate of the Yugo GV is said to be three people for every 10,000 made. That’s one of the largest traffic death rates.

Better known as the car Ernie Kovacs died in or the Dead Man’s Porsche for obvious reasons. The Corvair required the front and rear tires to have vastly different pressures in order to run properly. At the same time, the steering was just awful –that’s how Kovacs was killed. The faster the car went, then the harder it was to steer. This glaring issue caused the car to be discontinued just after three years.

Over 1,200 accidents have been caused by an Audi 500 during its time on the market. Well before the time of self-driving cars, the Audi 500 was making unwelcomed baby steps with its faulty gear shifter. The 500 is known for shifting gears and even speeding up entirely on its own. In order to combat this, Audi created shifter safety locks which have now become legally required for all vehicles on the market. While the Audi 500 was dangerous, it helped set a new safety standard for cars in the United States.

Ford’s Pinto was notable for its faulty design wherein the gas tank is placed at the very rear of the vehicle –making rear-end accidents especially hazardous as they can explode from impact. Like the Audi 500, uncontrolled and unwarranted gear changes also occurred. Over 40 people were killed in the 70s by a gas tank explosion in a Pinto. What’s more, Ford knew about the safety risks from their field tests and chose to roll out the car as it was.

The Yaris from Toyota is known for its ghost accelerations as well, which has caused over 80 deaths during its time on the market. Another issue with this hatchback that made it especially dangerous was its side airbags which were disabled by faulty wiring. A record number of personal injury claims were reported. Because of this, over eight million were recalled globally.

The Cobalt models from 2005 to 2008 had one of the highest fatality rates ever recorded by the IIHS. Over 100 people have been killed while driving a Cobalt. Problems ranged from steering, gas leaks, the padding on trim, and even airbag and engine shutdowns. This made it especially dangerous to drive and especially targeted by wrongful death lawsuits.

When the Suzuki Samurai made its North American debut, it couldn’t be more disastrous. Because it was so top-heavy, the Samurai was prone to wobble and roll over when turning. Over 200 deaths and 8,000 injuries were reported. Suzuki had tried to create a design similar to Jeep but failed spectacularly.

Another unstable top-heavy car that was prone to roll over and sway was the Ford Explorer. Over 300 deaths and 3,000 injuries were reported. Drivers with an Explorer are up to 16 times more likely to have a fatal collision than the average driver. This car is also the reason why Ford and Firestone don’t work together anymore.

Famously known as the Bucking Bronco, consumer reports begged consumers to stay away from this car at all costs. This car rolls over on turns more than any other vehicle and caused more than 800 deaths. Despite this, the Bronco II was never recalled, and Ford even came to accept the major risks that came with owning and driving one. So, the Bronco II is also a lemon that they tried to make lemonade out of but failed.

Ready to get your car insured? Contact Insurance Navy for a free auto insurance quote today. One of our expert agents will happily assist you in finding the best coverage at the best rates. You can request a quote online via our website or mobile app. We can also be reached at 888-949-6289.