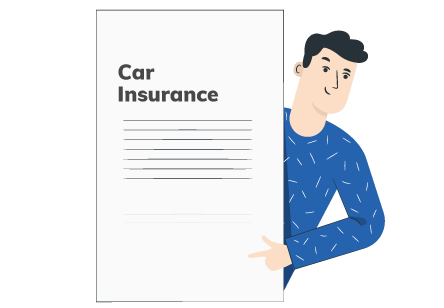 Anyone in any business can expect their services to be taken advantage of, and the insurance business is no exception. Whether it’s an auto, home, renters, or health policy, there are always cases of fraud. Every year, over $40 billion is lost or stolen due to a fraudulent or exaggerated insurance claim.

Sometimes, it may not even be the policyholder doing the scamming. An auto repair or healthcare provider can find ways to cheat the system in order to receive additional funds or payouts for themselves. In fact, fraudulent insurance claims have spiked in frequency during last year. Some policyholders were overcharged on their monthly bills, while some staged accidents in order to be able to file a claim and receive a payout. This is only the tip of the insurance fraud iceberg. But you don’t need to worry about navigating because this compendium post to insurance fraud tells you everything you need to know about the types of insurance fraud, who perpetrates it, who suffers from it, and the penalties.

Before diving into the specifics, let’s broadly discuss insurance fraud as a whole. Insurance fraud is the illegal act of giving an insurance provider false information regarding a claim, policyholder, or coverage.

Insurance fraud isn’t just when the insurance company receives false information from a customer. In some cases, the services an insurance company refers the policyholder to, like a technician or mechanic, may inflate their own costs. They may even charge an unsuspecting person for services that were never performed or included. A business can even fall into fraud involving worker’s compensation which is another commonly reported case of insurance fraud with an annual loss of $6 billion. For the most part, the most commonly reported fraud is perpetrated by the policyholders themselves. Those who commit insurance fraud may not be acting along and may be motivated by retaliation. Because of that, public opinion on insurance fraud is a mixed bag depending on the circumstance. Despite this, there are several organizations dedicated to exposing fraudulent insurance schemes. There is a common agreement that insurance fraud is illegal and costs billions on an annual basis.

What Are The Different Types of Car Insurance Fraud?

Auto insurance fraud is a major problem for providers. Anywhere from $5 to $7 million is collectively lost annually due to bogus insurance claims. Car insurance is the coverage that fraud is most common since nearly everyone is required to carry it, and it’s easy to inflate repair costs beyond what they should be. However, this is one of many methods of car insurance fraud.

Other car insurance frauds include:

What is Vehicle Dumping Fraud?

Vehicle dumping or owner give-up is a scam in which the owner of the car gets rid of it. They can do this by abandoning it somewhere, destroying it, selling it, or even dumping it in a lake or ocean. Once the car is gone, they file a theft claim which would pay out the actual cash value of the car at the time of its falsified theft. Another method of payout is to refund the original sale price if the car is still under warranty.

What is Registration Fraud?

There are several personal factors that affect how much you will be paying for auto insurance. Age, car make and model, and even sex per se. Where you live is also a major factor. If you live in an area with a high crime or theft rate, then you will usually have to pay a higher rate than those living in an area that sees little to none. Because of this, some drivers will get license plates from other states or counties so they can pay lower premiums.

What is Exaggerated Repair Cost Fraud?

This is an insurance fraud technique used by repair shops that an insurance company may refer you to after filing an accident claim. While your insurance provider may not be aware of it, the auto shop can use old parts and charge them as new or overcharge you for a certain repair. Not only would you then be ripped off, but so would your auto insurance provider, since they are covering the repairs after you pay your deductible. The only goal the shop has is to profit off your visit.

What is Staged Collision Fraud?

Not only is a staged collision insurance fraud detrimental to insurance companies and policyholders, but it’s also dangerous and can seriously injure another driver or worse. But for the sole reason of receiving payout, some drivers will choreograph and purposely cause a collision. They do this in such a way that the other driver is seen as at fault. Facts and accounts of the incident are often skewered and exaggerated. Staged collision insurance claims are estimated to steal up to $10,000. At the same time, the premiums of the victims also increase. It’s not just a scam; it’s also malicious.

Staged crash techniques that these scammers use are:

What is Counterfeit Airbag Fraud?

A counterfeit airbag can relate back to fraud perpetrated by an auto repair shop following a claim. However, specific cases where auto shops have not replaced airbags properly after an accident have been reported. Some shops have been found to use airbags that were previously deployed or salvaged and make them look repaired. They’ve also been reported to make the airbag look like it deployed when in reality, it didn’t work in order to increase their share of the insurance payout. This is punishable by one year in prison and up to $5,000 in fines. This can also be done with used cars.

You can avoid buying a car with a counterfeit airbag by:

What is Counterfeit Windshield Fraud?

This is another specific con-job that has been reported by drivers. There are people who pose as windshield repair specialists and will tell you that your windshield needs to be replaced for whatever reason. They claim that this replacement will be covered by your insurance provider, and they have the correct windshield for your car. None of this is true, and you may end up driving around with a dingy windshield that doesn’t suit your car. At the same time, your insurance rates will go up, and the scammers can use your insurance information to file bogus claims.

What is Salvage Fraud?

When a vehicle is issued a salvage title, that means that it has been intensively damaged and is no longer street legal. The cost of repairs exceeded the car’s current value, and the original owner elected not to get it fixed with the corresponding title. A vehicle with a salvage title should be used for spare parts and nothing more. However, that doesn’t stop some cars with salvage titles from ending up on used car lots and auction houses. Some sellers may switch out the license plate with one that doesn’t have a salvage title in what is known as “title washing.” Driving around a car with a salvage title isn’t safe nor legal.

What is Agent Fraud?

Sometimes, an insurance professional may not be as professional as they said they are. There have been several reports of these agents simply taking the money after a policy sale and running. All the premiums are stolen, and the driver ultimately ends up with no insurance. Sometimes, the driver doesn’t find this out until they get into an accident and need to file a claim.

Fortunately, there are some precautions you can take to protect yourself from fraudulent insurance agents and their scams:

What is Towing Fraud?

A common scam that towing companies employ is “bandit trucks.” After an accident, someone calls a tow service without your knowledge. That would be all well and good, except for the fact that the towing company will then hold your car for ransom until you pay hundreds of dollars for the repairs and release, which is a scam in itself. These towing companies typically don’t give out too much of their information and are vague on how they knew about your accident.

Here are some ways you can beware of fraudulent towing companies:

What is Premium Evasion?

This is fraud done entirely on the policyholder’s part. In order to avoid paying their insurance rates, some people will forge an address in an area where premiums are lower, as previously mentioned. Another way premiums can be evaded is by not adding any new drivers to the policy once someone gets their license. Premium evasion can also be done by falsifying any information you are required to provide to the auto insurer. Another notable example that many scammers lie about is their driving or accident history in order to be assessed as a low risk to insure.

How do You Avoid Car Insurance Fraud?

After learning all those ways your car insurance can be used for fraud, you are probably wondering how to spot it.

Here are some tips to help you avoid falling into a car insurance scam:

What Is The Difference Between Soft And Hard Fraud?

For a moment, let’s zoom out from the specific examples of insurance fraud and think about it in broad terms again. Situations concerning fraud are defined as either soft or hard. The main difference between the two is the severity of the fraud. An example of soft fraud would be lying on the insurance application for lower premiums. Meanwhile, hard fraud can result in jail time as it is more serious. Examples of this include staging accidents and thefts in order to receive a large payout.

Is There Insurance Fraud With Health Insurance?

Health insurance fraud can occur in the following ways:

What Organizations Are Dedicated to Fighting Insurance Fraud?

The good news is that there are several authorities and organizations on the lookout for insurance fraud cases across the country. The National Insurance Crime Bureau (NICB) has a database full of each driver’s vehicle identification number, which is always available for law enforcement. They can be reached at 800-835-6422. The Insurance Research Council (IRC) conducts yearly studies and surveys regarding the matter. At the same time, the FBI is also monitoring them with their Financial Crimes Report. The prevention of health insurance fraud is the goal of the National Health Care Anti-Fraud Association. The Affordable Care Act of 2010 also included some anti-insurance fraud measures, such as the total exclusion of those who lie on their applications.

What Are The Penalties of Car Insurance Fraud?