Is it Illegal to Drive Without a Front License Plate? 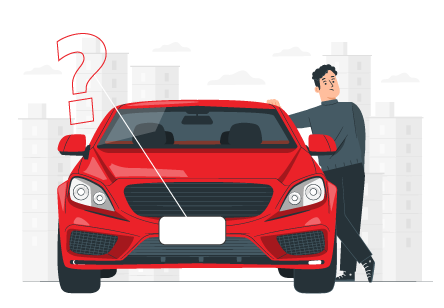 In thirty out of the fifty states, yes, it is. While there’s a number of drivers and car enthusiasts who say that the front license plate clashes with the front of their car. It just doesn’t look good to some. Inversely, there is some good that front license plates do, especially for public safety. They can help track stolen vehicles, for example. In this post, we cover the importance of front license plates, why you should never drive without them if your state requires them, and the penalties for not driving with one.

What is a Valid License Plate?

Your license plate serves as your car’s main identification and proof of registration. Every state requires them to be displayed on the rear of the vehicle but states them require it on the front. The most common length for a plate number is five to seven characters, with extra ones available for personalized or vanity plates in some jurisdictions. All states utilize a combination of letters and digits.

Where is it Illegal to Drive Without a Front License Plate?

As previously mentioned, there are thirty states that require drivers to have a license plate displayed on the front of their vehicle. The main reason is so the police can keep more tabs on a car and relocate it if it is stolen. Police equipment such as speed guns and readers have a license plate reading system built-in. Often they can be used to spot a stolen vehicle. All the officer needs to do is scan the license plates. If they are positioned in front of the oncoming vehicle on the side of the road, then they would need the front license plate in their view.

This it’s illegal to drive without a front license plate in the following states:

On the other hand, here are the states where you aren’t required to have a front license plate:

What Are The Penalties For Not Having Front License Plates on Your Car When You Are Required to?

License plates laws come with their own penalties for drivers who don’t follow them. You can either be given a ticket by an officer that pulls you over or sent a citation through the mail. The good news is that driving with no front license plate is hardly even a misdemeanor. You may only be fined anywhere from $100 to $200 and then be required to have your plate approved by the police. Simply affixing a plate to the front of your vehicle will resolve the citation. What’s more, your car insurance rates will not increase following this minor violation.

Mounting a License Plate to The Front of Your Vehicle

Front license plate mounting is an easy DIY task that doesn’t take more than 10 minutes. Your state’s vehicle laws will usually say your plate must be fully visible, fastened securely, and the plate is left in its unaltered state. Unlike the back of your car, there may not be slots for screws drilled in. So, that gives you some different methods as follows below.

Your Car May Have Come With Its Own Plate Holder

Some automakers may be aware of any front plate laws, so they include license plate holders with their cars. Usually, it can be found in the glove compartment. The holder or bracket can fit your license plate inside with a couple of screws. This license plate bracket will then be mountable to the front of your vehicle. Some drilling may be required.

Use an Adhesive Instead of Drilling

There are specialized brackets that are mounted with adhesives that can be used to avoid drilling into your front bumper. You usually have to mount it on before screwing the plate onto the bracket. It’s like placing a sticker and one of the easier methods.

Mount The Plate on The Front Tow Hole

You can place a specialized mount in the slot on the front of your car, where a tow hook would usually go. It holds it in place well enough, so it doesn’t move or spin. You can adjust the tightness of the plate with the nuts and screws that came with the mount.

Drill Into The Front Bumper

Of course, you also have the option to drill into the front of your car and screw in the license plate for the most secure results. You should always use a tape measure, a 0.32 cm drill, and a countersink drill bit for removing any burrs from the initial drilling. The holes don’t have to be that deep; the length of the drill bit should be more than enough. After carefully making the holes, line it up with the bracket with your license plate in it. It should be secure with a couple of screws. To prevent rust, use nail polish as a remedy.

Insurance Navy offers great cheap auto insurance policies with a variety of add-ons to give you the best coverage possible. Speak with an agent today at 888-949-6289 for a free quote. We also offer quotes online and in person at all of our storefront locations.