Can You Get Car Insurance With Two Names on The Title? 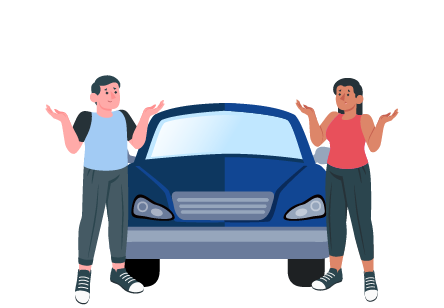 Cars can be expensive, and getting one for each member of your household is a pipe dream for some. Maybe one day in a perfect world, everyone has a car, but in the meantime, joint ownership continues to be the foremost method of vehicle use and ownership for those living together or sharing a car. So with drivers legally allowed to co-own cars, that begs the question. Do they also need to co-own car insurance? Such a thing does exist, but it’s not without its limitations. Here is how you can and can’t get car insurance with at least two names on the car’s title.

When Would You Get Car Insurance For More Than Two People With One Vehicle?

Having your name on the title of the car is just one step. In order to receive the full benefits of joint ownership insurance, the people on the title will usually have to be living together in the same household. This is often the case for married couples and families. When they have children, and they become old enough to drive, then they would also be added to the policy until they get their own.

Inversely, if the owners of the car’s titles don’t live together and don’t share equal driving responsibility, there can be some discrepancies. This can be the case if a child relocates for school or work. At that point, they would have to get their own insurance policy even if they use the original car from time to time. At the same time, there are also exclusion forms available that list specific drivers of the vehicle that coverage will not be extended to.

What Drivers Are Taken Into Consideration in Joint Ownership Insurance?

In the simplest of terms, it’s drivers that live together that insurance companies always take into consideration when underwriting a joint ownership policy. Some insurance companies refer to it as family car insurance since it is mostly families that purchase such a policy. Every driver that will be added to the policy will have their driving record looked at. The main policyholder’s record will be considered the most.

How Much Does Joint Ownership Auto Insurance Cost?

While it seems that having more drivers on a car insurance policy would increase the cost, married couples are actually known to have lower premiums than those of a single person. Mainly because married couples are seen as safer drivers, they’ll need to be if they are going to drive their children around as they grow up. These insurance rates are about $116 per month, which adds up to $1,392 in a year. That’s a little bit less than the average rate of $1,451 annually.

However, it depends on the insurance company that is underwriting your policy as well. Everyone has a different formula for calculating insurance rates. Things that can increase the cost of your car insurance are accidents, traffic violations, and several claims within a short span of time.

What Are The Different Types of Drivers Aside From Those on The Car’s Title?

Drivers that are specifically mentioned on the car’s title are known as listed drivers. The insurance company knows them by name as regular drivers or owners of the car. Listed drivers can’t make any changes to the policy itself. This is the type of car insurance that families use with their car.

At the same time, there are passive drivers as well. Permissive use insurance allows anyone that has the owner’s permission to drive the car to be entitled to all of the policy’s protections. These drivers aren’t listed by name and can even be drivers outside of the household.

What Other Factors Affect The Cost of Car Insurance With Multiple Names and Drivers?

Aside from the people themselves being listed on the car insurance policy, other factors that can influence the cost of your joint ownership insurance are:

Could you be overpaying for auto insurance? Compare car insurance quotes today with Insurance Navy. Call us at 888-949-6289 or request your free quote online to see how much you could be saving. If you need further assistance, feel free to stop in at one of our storefronts to speak with an insurance expert in person.