Salvage Title Insurance: Getting Insured with a Salvage or Rebuilt Title 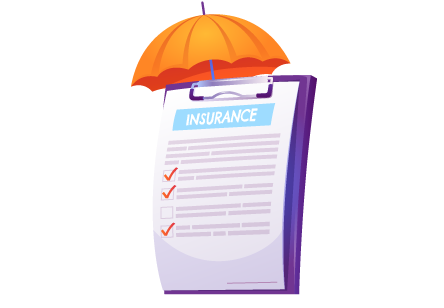 Vehicle owners can be stubborn when admitting that some auto damage is just too much or can’t be repaired. The car may be damaged beyond fixing, or the cost of repairs exceeds the car’s value by a more-than considerable amount for the insurance company to consider it a total loss, or “totaled” for short. The insurers then send the policyholder a payout equal to the car’s value at the time minus deductibles they paid to insure their car.

The Department of Motor Vehicles also issues what is known as a “salvage certificate” to the vehicle, also sometimes referred to as a “salvage title.” This certifies that your car is now legally undrivable typically and working parts can be salvaged.

However, after repairs and an inspection, cars that have a salvage title can be brought back into action as a special case with what is called a “rebuilt title”. Regardless of the car’s condition or how much it is being used, it still may be able to get insurance coverage.

Here’s everything you need to know about insurance coverage and titles when it comes to a car that has seen much better days.

What is a Salvage Title Car?

A car is issued a salvage title if it is declared that repairs are either impossible or not worth it, according to the insurance providers.

An accident with another driver or a nature-related incident like a storm can severely damage a vehicle. The car insurance company will declare your vehicle a loss if the repair costs would be greater than your car’s current value (also called “fair market value”) or if the main functionality is seriously compromised like a broken engine.

Most insurers draw the line anywhere between 60% to 100% of said value. The salvage title isn’t issued by the insurance company but rather by the state’s DMV. This certifies that your car can no longer be driven and can only be salvaged for spare parts -hence the “salvage” in the name.

Since the car can no longer be driven, their former drivers often don’t insure them. Some states prohibit insurance coverage for vehicles with a salvage title, while others may be indifferent.

What is a Rebuilt Title Car?

A rebuilt title comes into play when a car with a salvage title receives sufficient repairs to become road-safe again. The state’s DMV will also issue this. Your auto insurance policy would cover a portion of the repairs while you would handle the remainder. Once the repairs are made, the car will be subject to safety and anti-theft examinations by the DMV. After an approving grade is given, they’ll assign a rebuilt title to the car. Now, it’s legal to drive and operate again just as it was before it was totaled. It is also eligible for insurance coverage. However, a record of its recorded loss will be permanent on its vehicle history. The rebuilt title alone is a statement that the car had a salvage title at one point. Now, there is the matter of getting this rebuilt car insured to comply with required insurance laws. The good news is that there are specialized rebuilt title insurance policies. That is unless you live in New Hampshire where it isn’t required to insure cars.

How Does A Salvage Title Affect Auto Insurance?

When an insurance company declares a car totaled, then the insurance coverage is revoked and the policyholder receives a vehicle payout equal to the current market value of the car make and model. They will not pay out your auto policy deductible, however. So, totaling a car and receiving a salvage title won’t cause a skyrocket in your auto insurance rates since there is none because there is no car to insure anymore. A car with a salvage title usually doesn’t qualify for insurance coverage. It shouldn’t be driven, so there’s no legal need to have liability coverage. Insurance companies are more open to insure cars when they are fixed and have a rebuilt title. The only time a salvage title car should be driven is to an inspection.

How Does A Rebuilt Title Affect Car Insurance?

Finding insurance coverage for a rebuilt car can take some time, but there are plenty of insurers that specialize in cars with rebuilt titles.

The DMV only checks the essentials and safety features of cars during their exams, so it’s possible the vehicles may have some minor lasting issues. The electric systems may be faulty at times, the frames could be bent, and aesthetic damage could lead to mold.

What do insurance companies need when covering a rebuilt title vehicle?

So, drivers wouldn’t be covered in comprehensive or collision situations. They would be on the line for paying for your own repairs and medical costs. The two most important things you can keep in mind when thinking about insuring rebuilt title cars are the vehicle history and how limited coverage the insurers provide.

What Happens to a Car with a Salvage Title?

The car may be done for when it’s declared a total, but that doesn’t mean that some of its parts can’t be salvaged. If the car owner decides not to have it repaired, then it’s usually salvaged of its parts that still work while the rest is sent to a junkyard. Since they paid out the car’s market value, the insurance company does this while you look at new cars. Some salvage title cars are kept whole if someone were interested in buying and repairing them for themselves to get a rebuilt title.

Salvage Title Cars: Are They Worth it?

Buying a car with a salvage title is rarely a matter of whether or not it’s affordable but how much the repairs cost. The average consumer wouldn’t want to pay more for repairs than they would for a car. But there are blue moons where they come across a totaled car with a salvaged title that doesn’t have too severe of damage to be considered inoperable, and saying yes would seem like a no-brainer. The road to a rebuilt title may be more doable than you think.

On the other hand of buying or keeping a salvage title car, some complications would be:

How do You Get a Rebuilt Title For a Totaled Car?

You’ve probably made the decision to try to restore your car with a salvage title or bought one with a rebuilt title. The vehicle inspections are done at DMV-approved inspection stations or a station often run by a third party. Some states’ rebuilt titles have application processes and fees you may need to pay even to be evaluated. You’ll also have to provide your salvage title, photos of your entire vehicle and the damaged area, and receipts or sales records of auto repairs and any new auto parts you have bought.

Now You Have a Rebuilt Title on Your Vehicle

You can now drive anywhere legally and are eligible for auto coverage with your rebuilt title. However, it may take some effort to find an insurance company that offers full coverage for such rebuilt titles cars. This is the only form of insurance available for a car that has been rebuilt and can only be issued after repairs and safety examination. For the final time, salvage title cars can’t have insurance until it is repaired and given a rebuilt title. By now, you should have an idea of how to handle this situation if it arises. Obtaining a rebuilt title is a manner of knowing who to go to, how much you’re willing to pay for repairs, your current auto insurance policy limits, and the value of your car. Check your car’s mileage, driving history, and make as indicators of its value to better gauge what your car’s breaking point is. The choice to restore a salvage car may be better than buying a new one altogether.

Rebuilt Title Car Insurance Quotes are only a click away.

If you’re looking for affordable car insurance coverage, Insurance Navy can help. Give us a call at 888-949-6289 for a free auto insurance quote. Quotes are also available via our website and mobile app. Get your car insured today and drive worry-free tomorrow.