Citation vs Ticket: What's the difference? 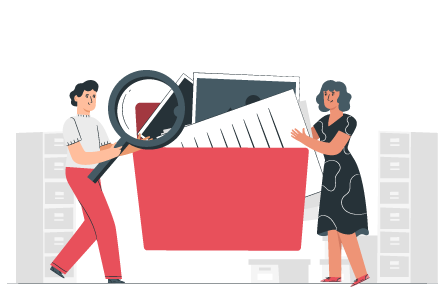 At some point, you may have returned to your parked car to find a ticket left by an officer because it turns out where you were parked wasn’t even a legal parking spot. Or maybe, you were pulled over, and the officer issued you a speeding ticket. “Oh no, I got a traffic ticket,” some might say. “Oh man, I have to take care of this citation I got,” others could say.

It may seem like an insignificant question, but which of these people are using the correct terminology? Is it called a ticket or a citation? The answer is that both people are correct, and the document they received is called both a citation and a ticket. Citation is the fancy, official legal name for them while drivers have long called them tickets, and the colloquialism is stuck. You shouldn’t let this cause you confusion because a ticket and citations are one and the same -even consequence-wise.

Outside of what it’s simply called, you may have a lot of questions on the topic of citations. Like, how serious can they get? How long do they stay on your driving record? What effect does it have on your insurance rates? All these questions and more are answered below with our complete guide to traffic citations.

What is a Traffic Citation or Ticket?

In the majority of the United States, being issued a citation or ticket is the same thing. Wherein a traffic violation has occurred, a document will be issued charging the driver and the vehicle with the said violation. This can be an offense like speeding past a stop sign or a red light.

Despite a ticket and citation being the same thing, there are a few jurisdictions that use tickets to assign fines before issuing a citation for a certain number of traffic violations. Because of this, tickets can usually be resolved by just paying the amount wherein a citation will require a court appearance. A citation will have the driver’s name, license number, the officer’s name, traffic violation, and a citation number in the top right-hand corner of the slip. Fines can typically be paid online or in person.

What Kind of Violations Are Citations Issued For?

Citations are issued for a multitude of traffic violations, which are grouped into two categories. They refer to if the car was moving or stationary at the time of the violation:

What Are Moving Violations You Can be Issued a Citation For?

While many districts consider traffic violations differently, there is some consistency when it comes to the following moving violations:

What Are Non-Moving Violations You Can be Issued a Citation For?

As said before, non-moving violations largely take place in parking lots because the car is not moving. Often, the problem is where the car is parked:

What Are Penalties For Citations?

We’ll be doing more categorizing, but with the penalties that came with being issued a traffic citation or ticket. It’s a wide range, from a simple slap on the wrist to jail time and even loss of driving privileges. It all depends on the severity of the traffic offense.

Here are some examples:

How Can Citations Affect Your Car Insurance Rates?

Let’s now look at just how much your car insurance will be affected by being issued a citation. Following a traffic violation, your state’s Department of Motor Vehicles (DMV) will update your driving record to include the violation. Minor ones will typically stay on your record for up to three to five years. A major violation like a DUI can stay on a record for up to 10 years, depending on the state. A way to remember is that insurance rates will increase 35% for something like a speeding ticket and 132% for a DUI. Your insurance provider has access to your driving record and typically looks for accidents within the last seven to 10 years. The more marks on your record, the more than they will increase your premiums due to being seen as a high-risk driver. A history of reckless or intoxicated driving can result in the insurance company dropping your coverage altogether.

Here are some numbers to give you an idea of how much citations can truly do to your insurance premiums:

How do Tickets Affect Your Driver’s License Points?

Driver’s license points are tied directly into your driving record. Whenever a citation or ticket is recorded, a certain number of points will be added to your driver’s license. Like golf, you want to keep the number of points low. The prize is being able to keep your driving privileges as too many points can result in a suspension. Each state handles its license point system differently. An example would be that reckless driving is an eight-point offense in Arizona, while it only adds four points in Florida. Your amount of points is also viewable by your auto insurance provider, so the higher the number of points, the higher your insurance premiums will be.

Things to Keep in Mind About Your Driving Record After a Ticket?

In terms of records, there are two you should be aware of when receiving a ticket or citation -your driving record and your criminal record. A citation will always be recorded on your driving record for up to three years. Something like a DUI will be on your criminal record permanently unless expunged. Warnings, however, will never show up on either.

There are a couple of ways you can remove a ticket from your driving record:

How do You Resolve Your Citations?

With all the consequences and terminology in mind, there is only one thing left to do if you’re reading this after receiving a citation or ticket for the first time -pay it. Fines are listed on the ticket itself and can be paid by credit card, money order, or check. Local governments may offer payment plans if you feel you are unable to make the payment on time. From there, it’s all about becoming a safer driver and showing your auto insurance provider that you aren’t a risk to insure.

If your auto insurer drops your coverage for being too high-risk of driving, becoming a safe driver is a priority, along with finding a new insurance company to cover you. For high-risk drivers, it can be difficult to get a low quote as they are naturally quoted higher than the average driver. However, there are some insurance providers who specialize in providing coverage to high-risk drivers. Shopping for insurance is a comparative process. You should check out both local and national names and inquire about their high-risk driver policies. It’s never too late to find affordable car insurance.