How Long Do Points Stay on Your License? 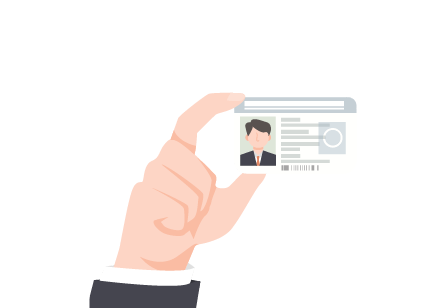 If you’re familiar with golf, then you would know that the lowest amount of points wins the game. Very few things work like this. Normally, you’d want to rack up as many points as possible. This is not the case with points on your driver’s license.

This point system is commonly used by the Department of Motor Vehicles in most states as a way to keep track of driving or traffic violations. Instead of rewards, a lot of points on your driver’s license can result in penalties, higher insurance rates, and even a license suspension. So, it helps to know how your state assigns traffic violation points to your license and how your insurance company will respond to it.

At the same time, you’ll want to know how to keep track of your points. You may have some on your license from the past and not be aware of it. Points can also remain on your driver’s license for a certain amount of time, during which your insurance company may increase your rates. Lastly, it’s important to know how to keep your driving record clean and how to shop for insurance based on your amount of points.

What are the points that stay on your driver’s license?

The DMV license point system, as it’s officially called, varies in its exact amounts from state to state, but the overall usage remains constant. Nine states including, Hawaii, Kansas, Louisiana, Minnesota, Mississippi, Oregon, Rhode Island, Washington, and Wyoming, don’t use the point system. They’ll directly keep track of your driving violations. Anything from tickets to full-on collisions can add points to your driver’s license. The exact number of points depends on the severity of the traffic violation.

An example of the point system in action –in Illinois, the point amount for a minor violation is 5 points and 55 for a major one. Let’s say that you get involved in a minor accident and take on 5 points to your driver’s license. If you were to have three more violations that year (15 points total), then they may result in a license suspension.

If at any point you need to check your point balance, visit your state’s DMV website. They should have your personal information and driving history on file. If they don’t, then you may have to submit a written request.

How does insurance play into the points on your driver’s license?

The DMV point system is not used or heeded by auto insurance companies. They use their own proprietary point system when setting a policyholder’s premiums. A minor violation like a speeding ticket may only add up to one point, while a major like a DUI would add six, according to the insurance company. It’s simple –the higher the point, the higher your rates will be.

Outstanding insurance points can result in a surcharge on your policy which acts as a penalty fee for high-risk driving. The most you can do is practice safe driver habits to lower your risk. Insurance companies always smile upon safe drivers.

What are traffic violations that add points to your license?

There are some traffic violations that don’t result in points being added to your license. The minor, smaller violations like driving with a broken tail light, expired plate, or sticker are examples of this. Parking tickets never trigger DMV points as well.

These are correctable violations, meaning that you can easily resolve them by paying the parking ticket or renewing your plates at the DMV. If they were to appear on your driving record, then they would be expunged. That being said, here are traffic violations that will trigger DMV points on your license:

How long do points stay on your license?

You can expect points for minor violations to stay on your driving record from anywhere to two to three years. Major offenses stay on up to 10 years. During this time, your insurance company takes the points and traffic violations and comes up with its own amount that determines your premiums. This is known as the “chargeable period.” Moving violations usually stay on for three years.

At-fault crashes points also stay on your license for three years, but your insurance may still be affected for the next couple of years. DUIs can do the same, but in California can affect your insurance for a decade. Insurance consequences are typically longer lasting than DMV point damage. If you have points on your driver’s license, increased insurance rates are guaranteed.

How many points can you have on your license?

In every state which keeps track of DMV points, there are point thresholds wherein your license will be suspended. The one thing that’s universal between states is the more severe the traffic violation, the more points you will amass. An example would be that California suspends licenses when the point value reaches four, while a place like New York’s point limit is 11. Some states like Illinois base it on how much of a certain violation the driver has. Three moving violations in Illinois can result in a license suspension.

Lastly, all these points are accumulated between one and two years. Some states set it between five to ten years. So, if you’re a driver who gets into frequent collisions, you may reach the point limit quicker.

How many points will texting and driving warrant?

Texting and driving is an important footnote in this case because it can be just as bad as a DUI. A lot of states define texting as a moving violation, which will always add points to your license. At the same time, your insurance premiums will rise accordingly. Texting while driving can issue one to three DMV points.

New York is a specific state which adds five points for texting behind the wheel. Other states will issue a point for the moving violation, but if they find that texting causes the accident –they’ll add more points. Keep in mind that texting and driving are becoming increasingly outlawed in the United States, with 41 states already having laws against it. It’s best to put the phone away while behind the wheel.

Important things to know about points on your license

In addition to the consequences of texting and driving, another important aspect to know about DMV points is how they assign points. You may not need to be driving a car in order to be issued points. You got your regular road vehicles like trucks and vans, naturally. Off-road vehicles like ATVs or snowmobiles are susceptible to points the same way cars are. RVs can also rack up points if they violate traffic regulations.

Running red lights is another subject that depends on the state. Some states will issue you a ticket if you run a red light, but no DMV points. Other states may add points for the same reason. However, if you’re caught on a red light camera, they may not issue any points. In order for points to be issued, you’ll have to be stopped and ticketed by a police officer.

Children in the vehicle are important in general. New York is an example where they will ticket you for not having a seatbelt on a passenger under the age of 16. In addition, they’ll add three points to your driver’s license. This will also affect your insurance rates.

How do you expunge points on your driver’s license?

Expunging points and violations from your driving record varies by difficulty. If you were to obtain a traffic ticket, you might be able to take a defensive or safe driving course to have it removed from your driving record. This can only be done once. If you’re willing to spend a few hundred dollars, you can take the ticket to court and request to have it deferred. The ticket and violation will be taken off your record for a year. During that time, if you prove to be a safe driver, you can have it expunged altogether. If another accident occurs, then you will be subject to both those violations on your driving record.

If you want to contest the ticket in court because you believe you’re not guilty, you may be able to decrease the violation ramifications. You can plead guilty to the ticket but you must provide an explanation of the ticketing and request leniency. This is easier than contesting the ticket and pleading not guilty altogether.

What are ways you can save on insurance with points on your record?

More points obviously mean more insurance premiums. This rate increase can cause your budget some harm or comprise it. Since it’s illegal to drive without auto insurance, you’ll want to pay an amount that’s right for you. Here are ways drivers with some points on their license save on car insurance:

Insurance Navy can help you find the best car insurance coverage at the most budget-friendly price in just a few minutes. Get a free car insurance quote online today via our website or mobile app. Looking to speak to a representative? Give us a call at 888-949-6289 or stop in at one of our many locations.