Whether you’re a car enthusiast or deciding on your next ride, you’re wondering about what types of cars exist in the world. The earliest account of the first car ever made was 1885 or 1886. Over a century later, cars have made remarkable progress. Since cars are one of the most important inventions of all time, let’s find out all about them. As you read the full article below, you will learn about types of vehicles, a little history, and the best car for you.

This list of car types is by no means exhaustive, but it includes the most common ways to classify a car. Keep in mind a car is not exclusive to one category. The more you understand car classifications, the better you’ll understand the industry as a whole and which car is best for you.

Cars are assembled, designed, and configured differently, resulting in various driving experiences. Body styles and the purpose of cars go hand in hand. For instance, a coupe and a hatchback have entirely different capabilities.

Size alone isn’t enough to decide which vehicle to buy, but you should consider it. As you explore this overview, you might find some car sizes impressive and others downright comical.

Each model was built or customized for a specific reason. For instance, some cars are made for racing while others haul a dozen people. Some cars people will never drive because their purpose is so out of range of their lifestyle.

All cars fit on a scale of affordability. There are varying classifications for every budget out there. Whether someone has a strict or bountiful budget, manufacturers make cars with them in mind.

As conversations about climate change, renewable energy, and the environment become prevalent, this category is expanding right before our eyes. Every car manufacturer has implemented a green initiative to reduce emissions and push the boundaries of innovation.

Some cars are made purely for speed, handling, and appearance. Manufacturers were not always the innovators of performance cars and got ideas from the average street racer. 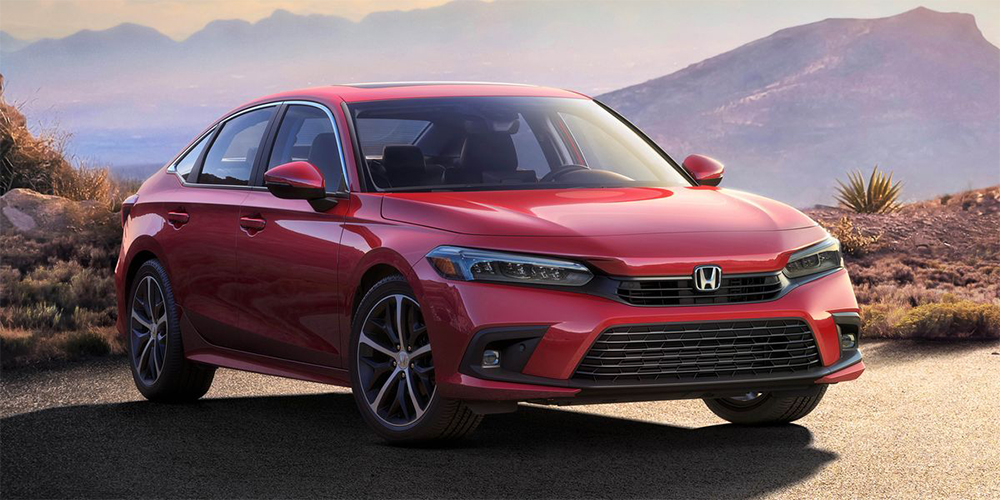 Sedans are classic family cars. It has four doors, comes in several sizes, and includes a three-box configuration. A three-box configuration means the engine, cabin, and cargo have separate sections. It’s a unilateral body, which helps fuel economy because sedans have an even weight distribution. The Honda Civic is a type of sedan. 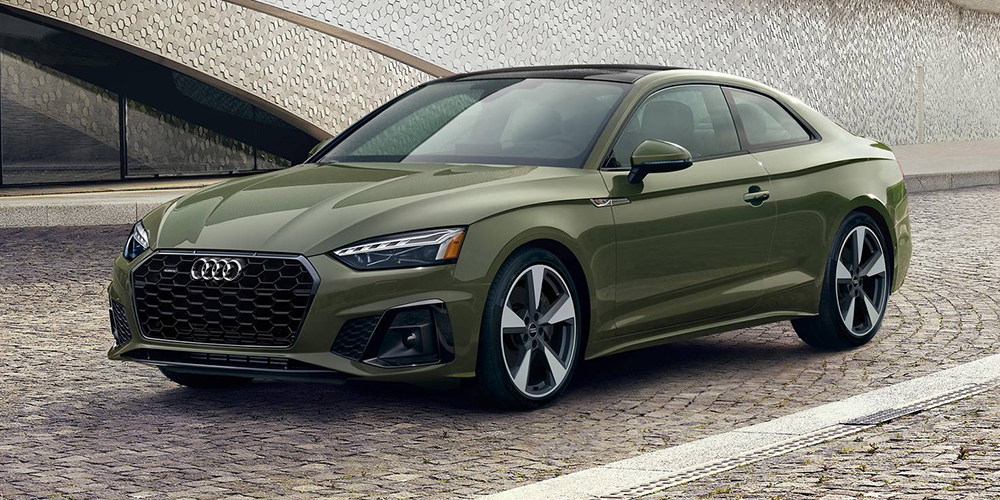 Traditionally, a coupe is considered a sporty two-door car with minimal cabin and cargo room. Its appeal is the sleek look and performance it offers to drivers. Some manufacturers consider their four-door cars coupes because of their sloping roofline. Still, this definition is not widely accepted amongst car enthusiasts. Coupes are best suited for childless singles and couples. The Audi A5 is a type of coupe. 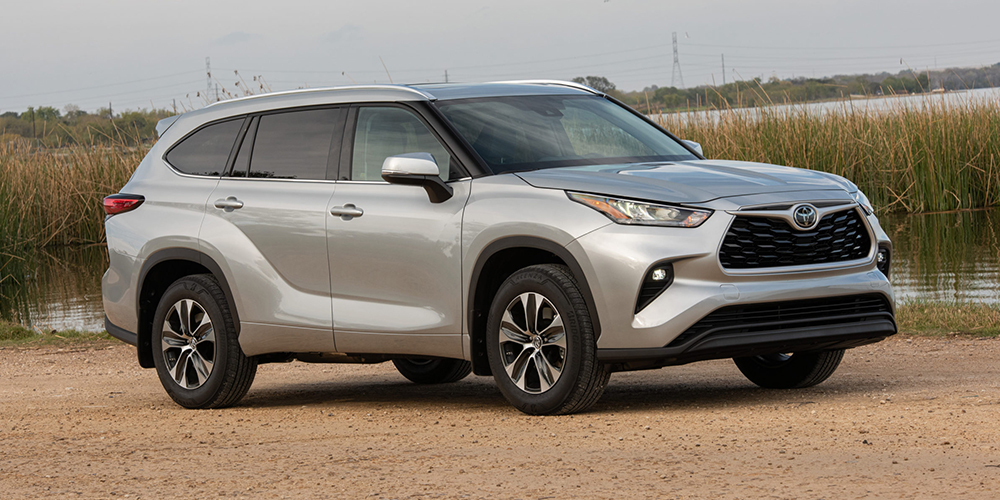 Whether you’re venturing off-road or need extra cabin and cargo space, the SUV will tick both boxes. It has a high ground clearance and seating height. The boxy, body on frame design allows it to resist twisting under torque, making handling consistent and predictable on uneven terrain. The Toyota Highlander is a type of SUV. 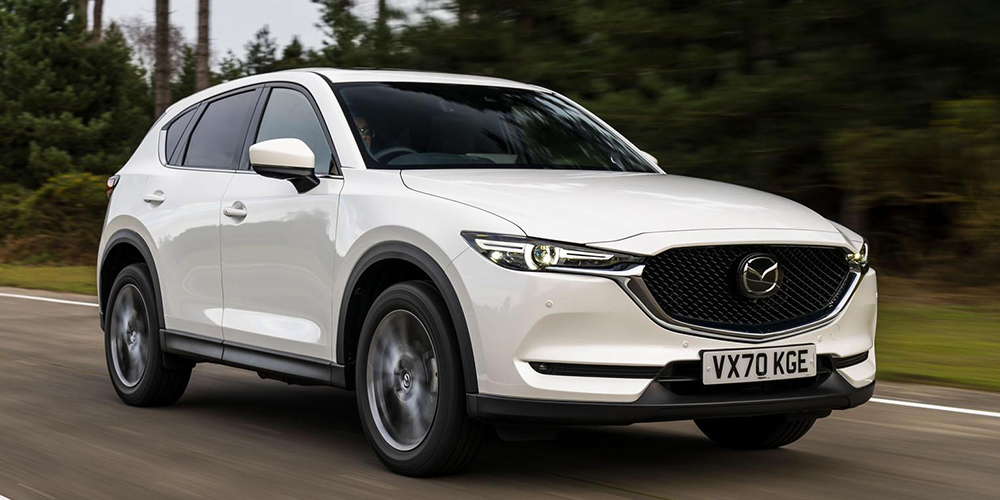 The CUV, also known as the crossover or compact utility vehicle, will give you the spacious interior of an SUV and the handling of a car you’re looking for. Even though CUVs are unibody like a car, their ground clearance is higher, which is excellent for visibility. You will enjoy a better fuel economy than an SUV as well. The Mazda CX-5 is a type of CUV. 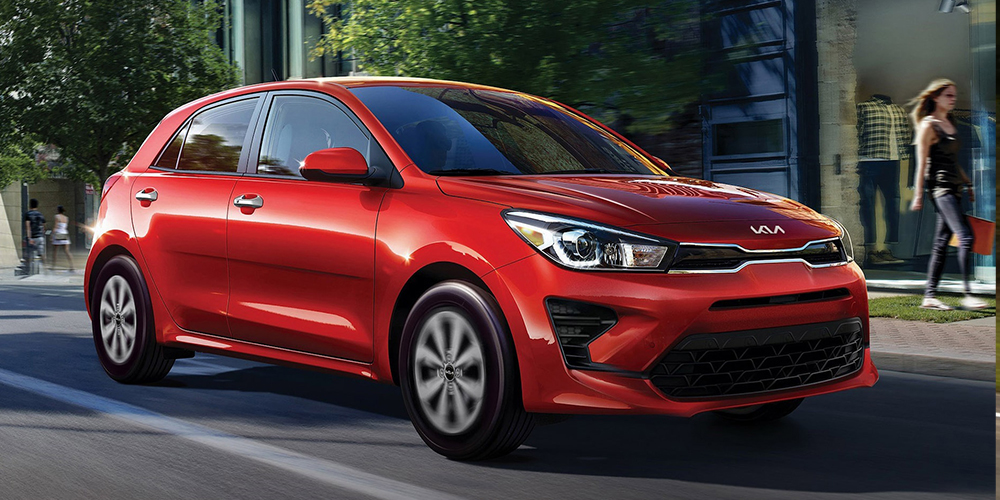 Think of hatchbacks as a level of cars between sedans and CUVs. It’s taller than a sedan with a more spacious cargo, but the cabin isn’t as big as a CUV. The hatchback is known as a 3-door or 5-door car because of its hatch door that swings up to expose the cargo area. Why not just get a CUV? A hatchback is sportier because of its low center of gravity, has a budget-friendly price tag, and is easy maintenance. The Kia Rio is a type of hatchback. 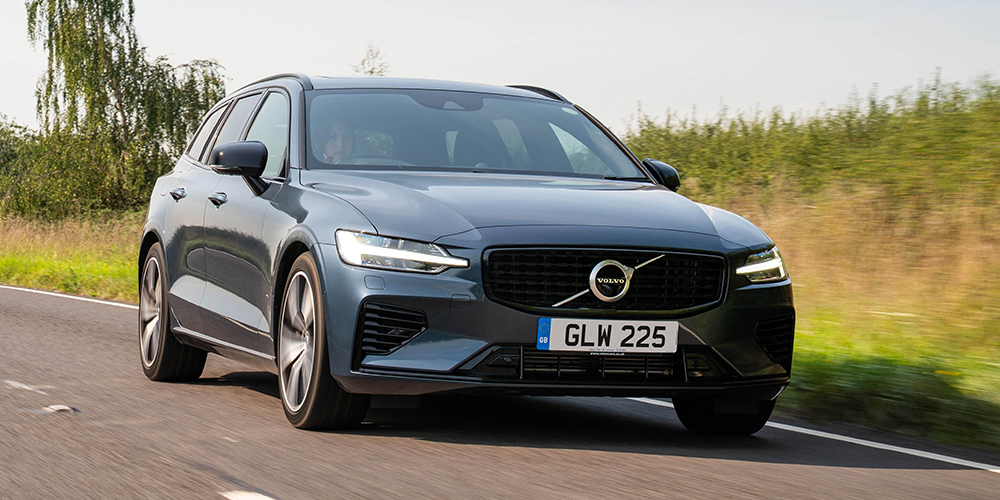 Think of a station wagon, also known as an estate car, as a hatchback with a more extended cargo area. A station wagon rides like a sedan and has the chassis of one but also has ample cargo room. It has a versatile interior allowing you to fold seating up and down as you need. The Volvo V60 is a type of station wagon. 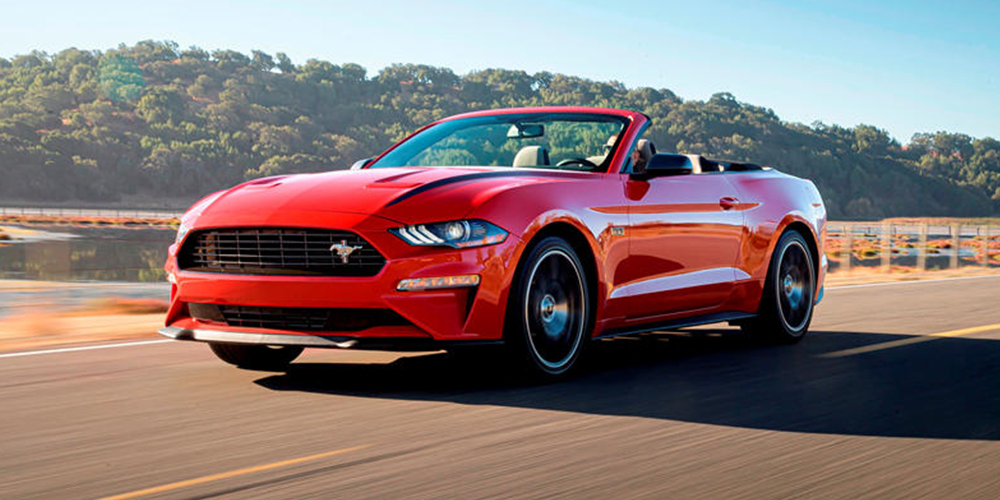 A convertible’s winning feature is its retractable roof. The roof is available as a hard-top or soft-top. Their interiors are often two-seaters. If you’re single or in a couple without kids, a stylish convertible could be the car for you. 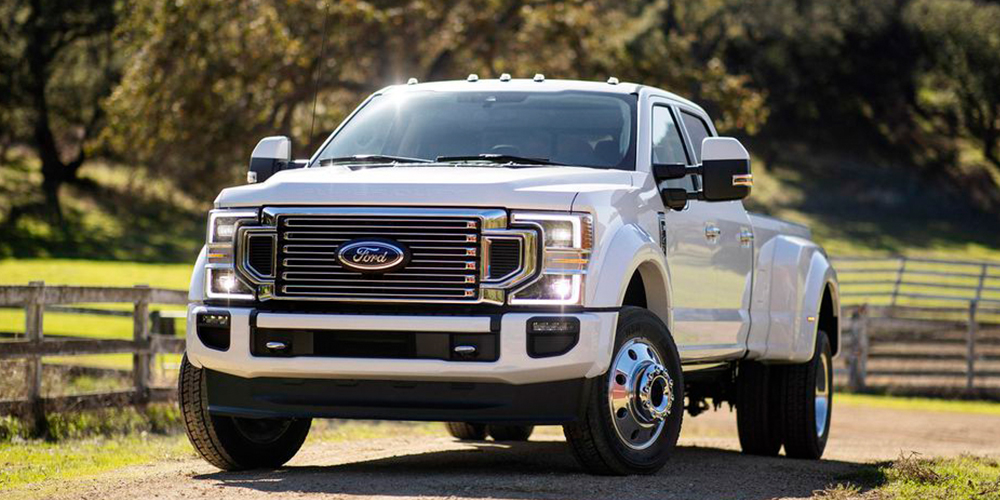 If you need a workhorse, look no further than a pickup truck, called a ute in Australia and New Zealand. The cabin seats two to six people and has an open cargo area called a bed. Trucks are built with capability in mind. They can handle rugged terrain while hauling and towing heavy loads as often as you need to. Pickup trucks are light-duty or heavy-duty. The Ford F-Series is a famous fleet of trucks. 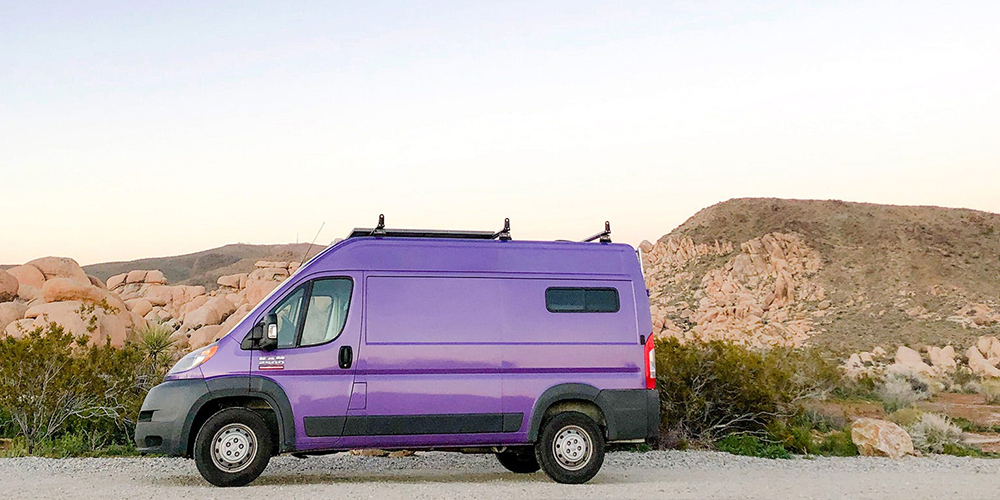 These big boxy vehicles are for hauling numerous people or cargo. There is an open area in the back instead of a trunk, and they can carry 20 people or 4,000 lbs of cargo. Vans are used for families, as shuttles, and commercially. 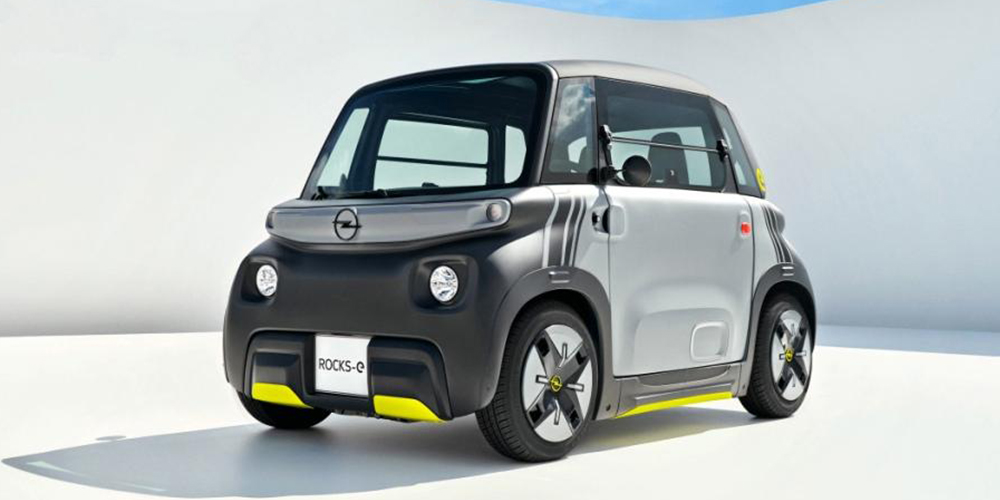 Microcars are the smallest size cars obtainable. They have not caught on in popularity in the USA, but other areas of the globe such as Japan and Europe love them. These cars have 1-liter engines, seat two people, and have three or four wheels. 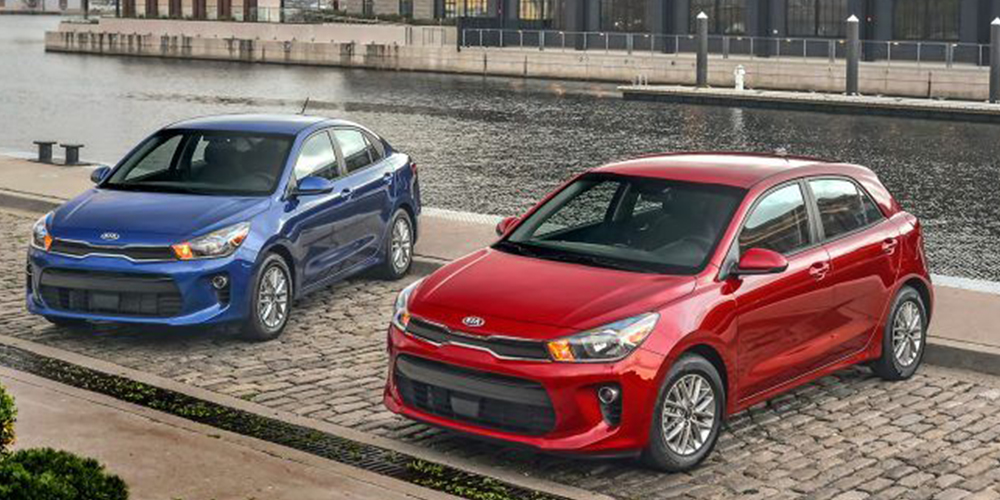 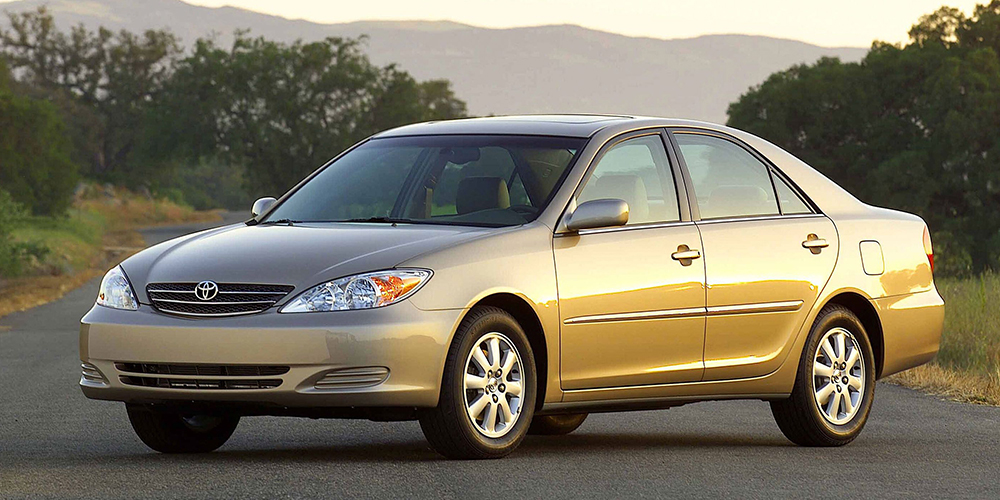 Midsize cars are middle of the road, meaning not too small and not too big. Fullsize cars are the largest sedan you can get. Midsize and fullsize describe sports utility vehicles too. 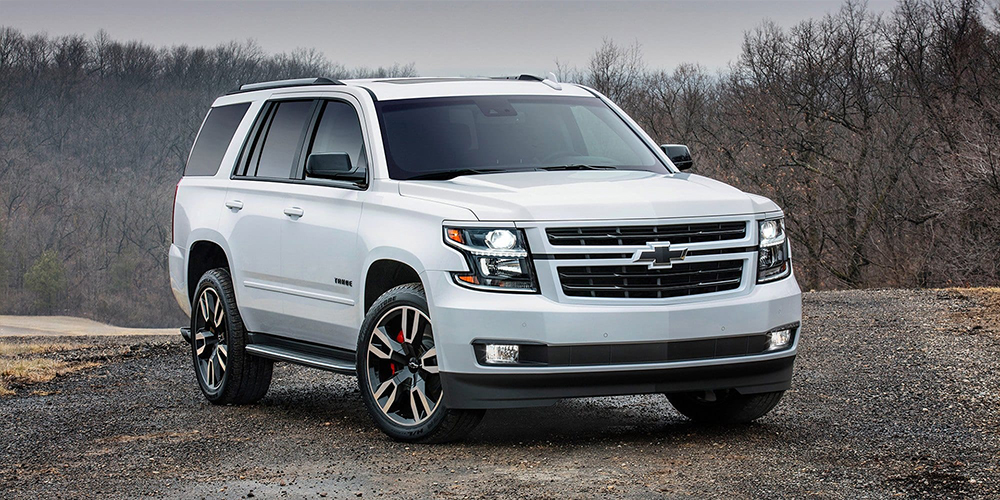 This size descriptor is reserved for SUVs and pickup truck beds. They offer the maximum amount of space for a driver’s daily routine. 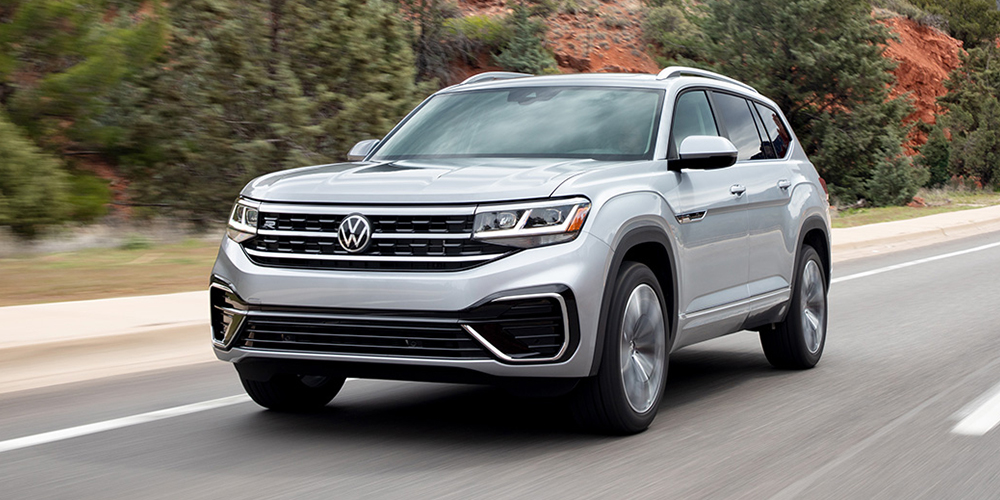 No family is a monolith, but the automotive industry typically caters towards adults who are the caretakers of kids when manufacturers say “family”. With that in mind, any car with ample space for a growing family is considered a family car. Minivans, SUVs, and full-size sedans are specially made with families in mind. They come with infotainment systems, a multitude of compartments, several rows of seating, and more. 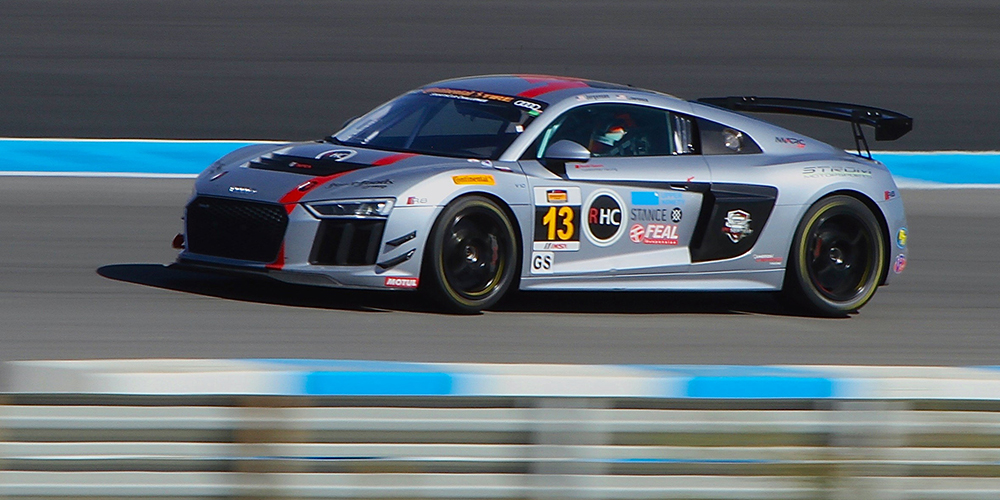 Race cars are for competing. They have powerful engines, exceptional handling, and striking good looks. They are not for the average driver, which explains their high price tag - think $40,000 for the engine alone. You need to take classes to handle race cars properly. 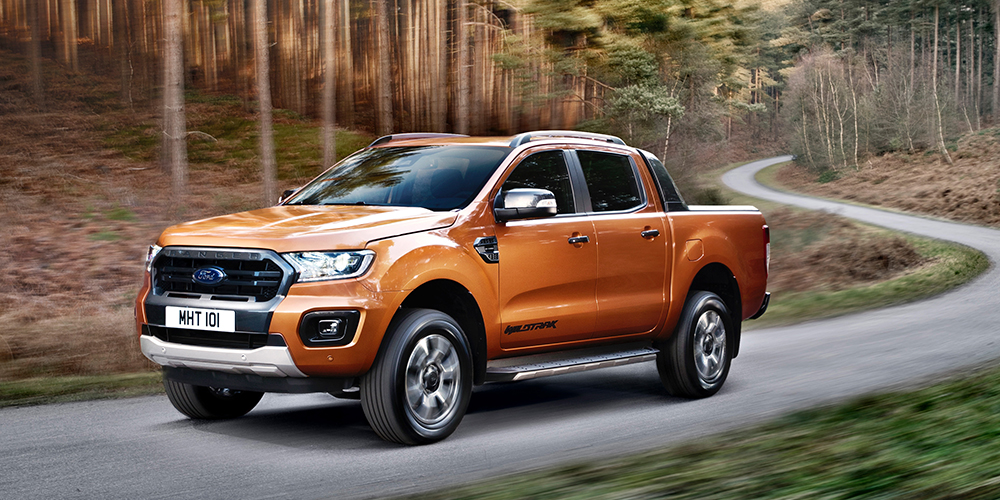 A commercial vehicle is for helping people do business, meaning a person or company receives money to transport goods or people. Thanks to rideshare and delivery services, the average person can use their car as a commercial vehicle. Cargo and passenger vans, pickup trucks, and box trucks are commercial vehicles used for heavy-duty purposes and can be customized as you wish. 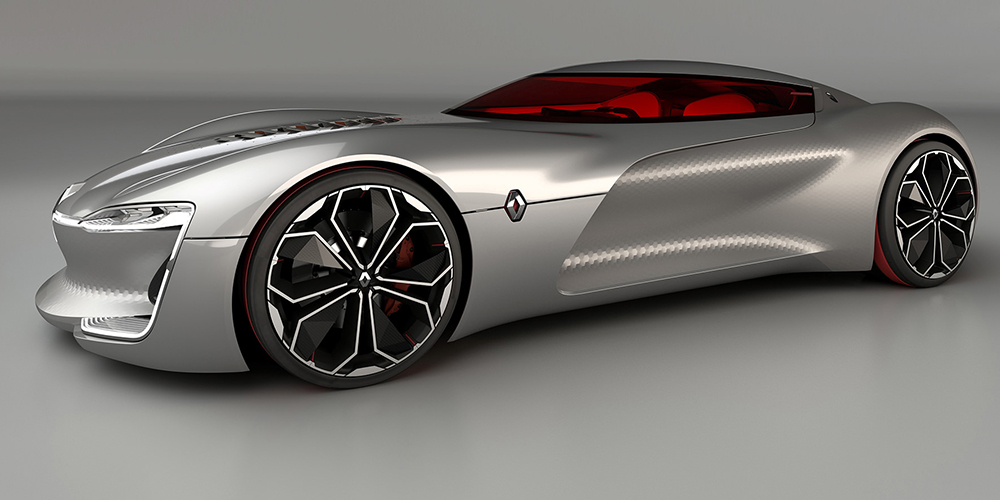 These cars are an idea brought to life but not yet produced on a massive scale. The manufacturer will reveal it to the public to gauge reactions. They decide if the prototype will go forward with production, continue improvements, or nix the plan. They are radically unconventional in technology, design, and utility. 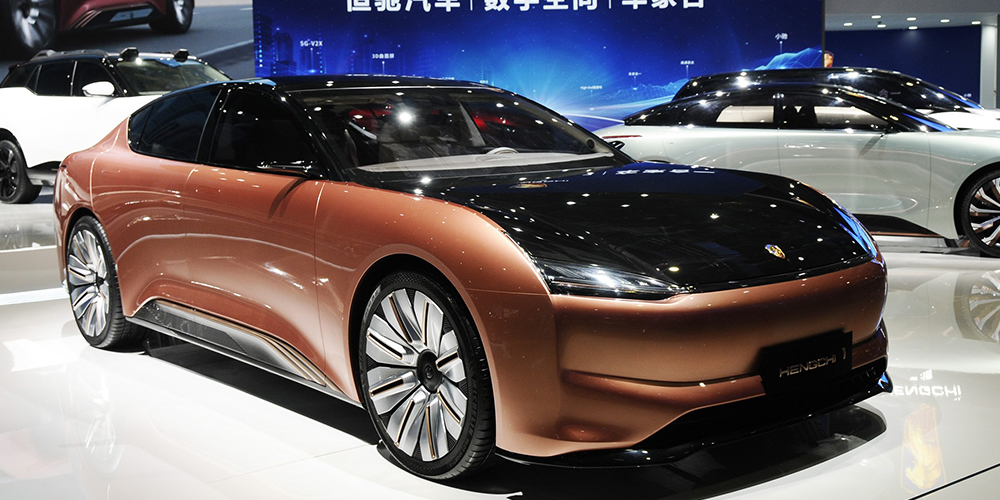 Any car with awesome customization is rare, or is super unique can be a show car. It is not driven but displayed. For example, a fan of the first-generation Ford Mustang could buy one and store it or display it in car shows. 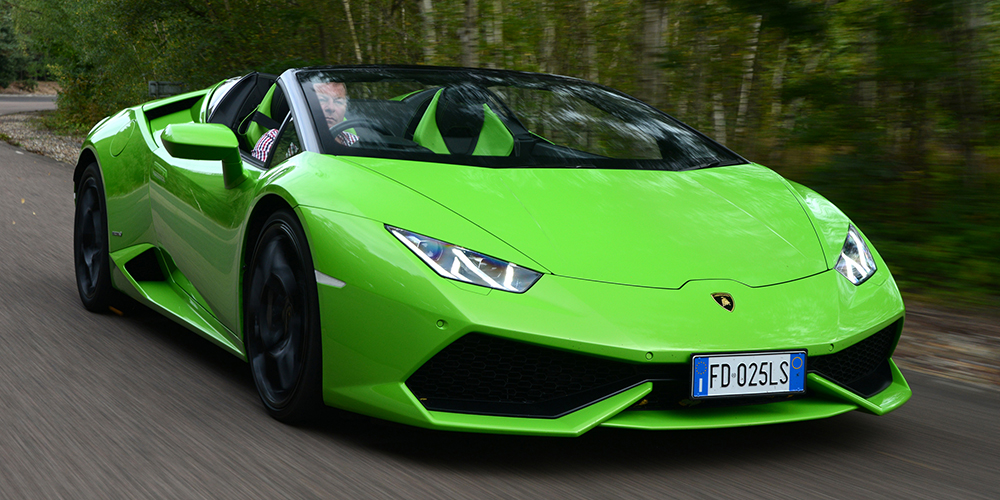 Exotic cars are unmatched in performance, comfort, and wild looks. This type of car is in limited supply, costs $100,000 and up, and is astronomically high maintenance. Maintenance service and parts cost $8,000, and that’s on the low end. Ferrari and Lamborghini are types of exotic cars. 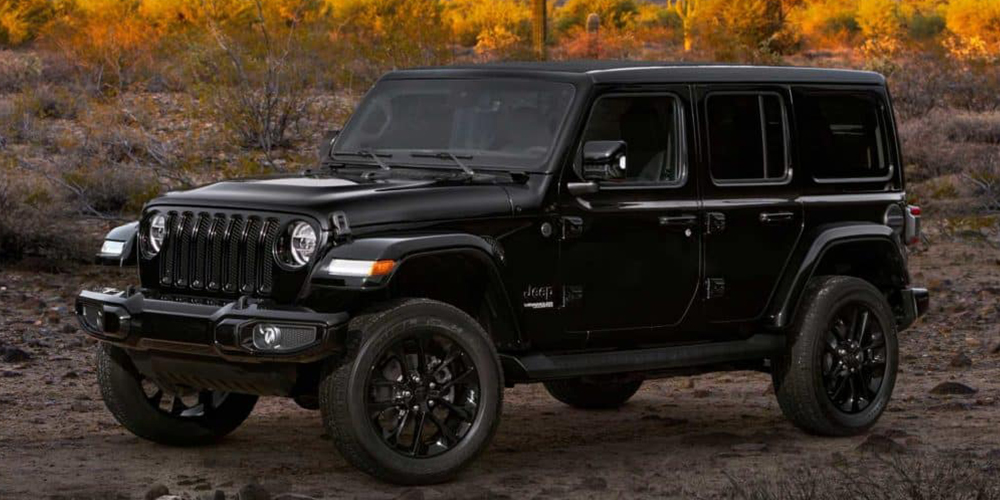 An off-road vehicle is the best type to drive on unpaved terrain thanks to its tires, 4x4 drivetrain, and exceptional suspension system. It has plenty of capability to comfortably carry you on muddy, rocky, and steep terrain. 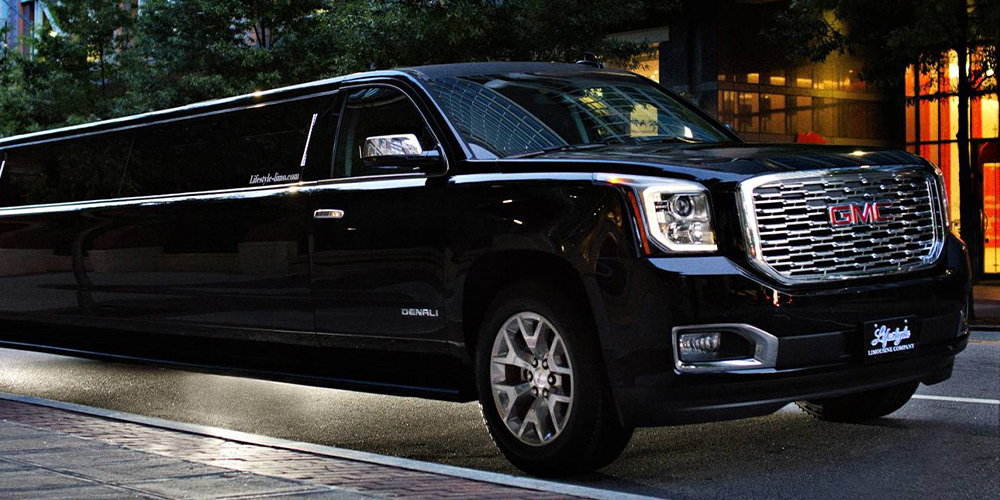 For opulence, order a limousine or limo. They are stretch cars with a partition between the chauffeur and passengers. Limos have a bunch of features that provide ultimate luxuries, such as refreshments, upholstered leather seats, and a high-quality stereo system. 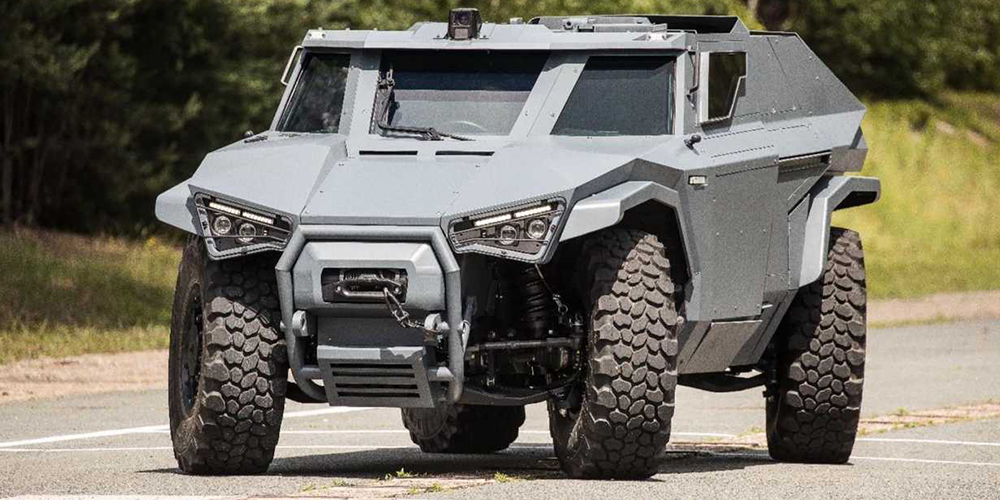 A military vehicle is built for battle with layers of armor. They are capable of withstanding explosions and bullets while transporting soldiers and cargo. They are stocked with armaments to defend soldiers when attacked by combatants. 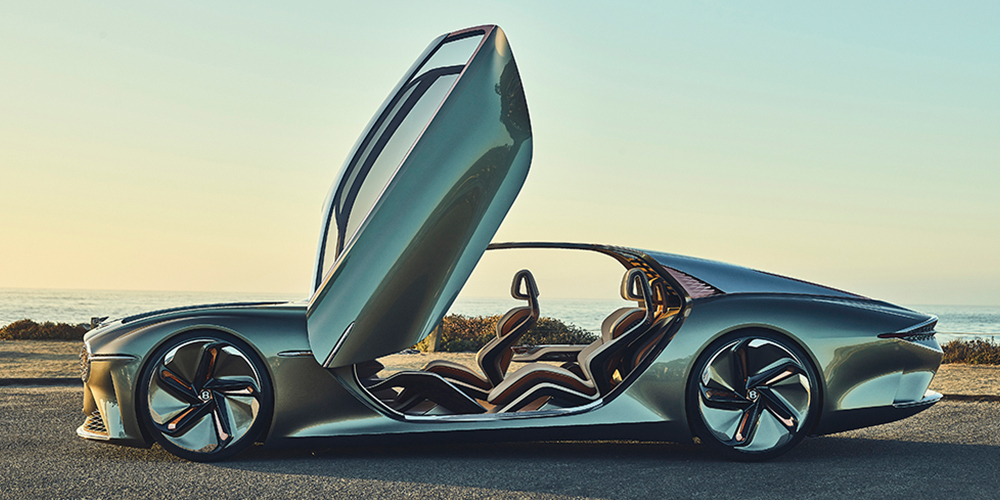 Cars with high-end features, creature comforts, the latest technology, and the smoothest ride are luxury cars. The interior is decked out in various types of lavish material such as suede and leather. You’ll love the heated seats and 4-way lumbar support providing optimal comfort. High-income people drive luxury cars. There is usually a higher insurance premium for luxury cars because they are expensive to repair and replace. 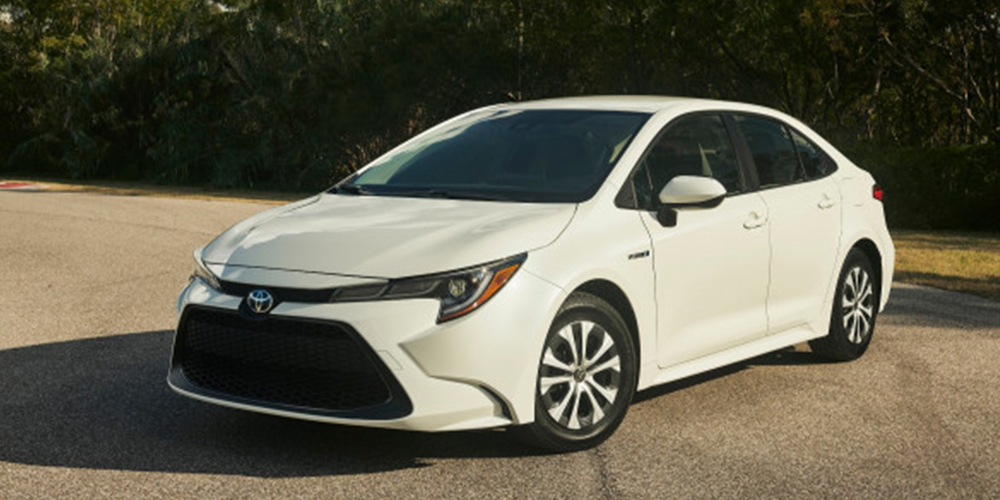 Economy cars are affordable for many. Up-front and maintenance prices make these cars easy on the budget. They don’t always have all the bells and whistles, but it will get you from “A” to “B” with no problem. Used and certified pre-owned cars are great economy cars too. Used cars are vehicles that aren’t fresh off the lot. Certified pre-owned means the car is used but comes with benefits like a warranty.

Diesel cars use an internal combustion engine fueled by diesel, a thicker fuel than gasoline. Instead of using a spark like gasoline engines, diesel engines compress air until it’s hot and inject fuel to cause combustion. Diesel engines were built for work, so they are usually in heavy-duty vehicles.

Ethanol is flammable alcohol made from the fermentation of grains. Even though people believed ethanol was better for the environment than gas, experts debate about it still. Flex-fuel cars use a fuel blend of gasoline and ethanol up to 85%.

Instead of converting chemical energy into mechanical energy, electric vehicles convert electricity to mechanical energy via a motor. Electric cars have been gaining favor with manufacturers because the supply of fossil fuels is running out. Plus, it runs on clean, green energy.

An electrical motor, internal combustion engine, and regenerative braking powers hybrid cars. This is another alternative for drivers who want a vehicle that reduces their carbon footprint. Some hybrids are plug-ins, and some are not.

Fuel cell electric vehicles (FCEVs) convert hydrogen into electricity, which converts into mechanical energy. Instead of fumes, they release water vapor, which is better for the environment. 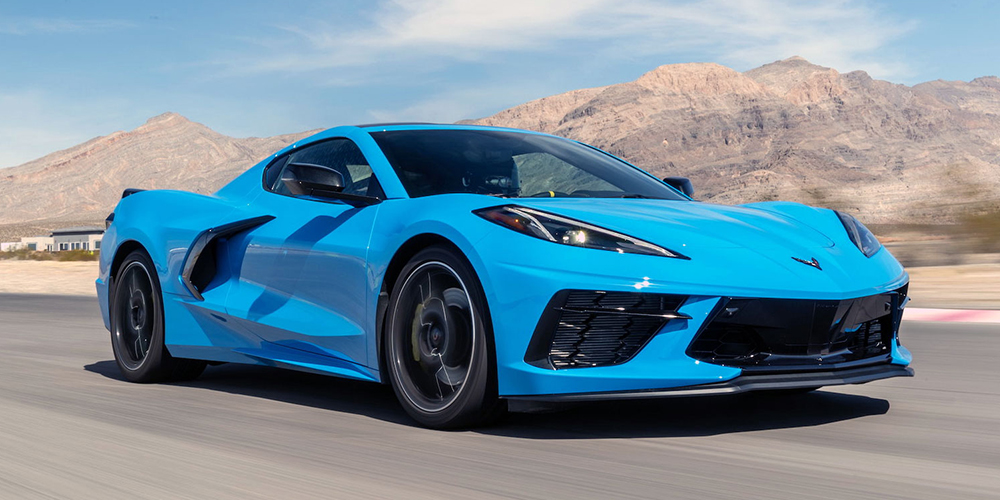 A sports car is usually a coupe or convertible with two seats and a cool look. They are expensive and have a six-cylinder, turbocharged engine to produce all the power needed from a high-performance vehicle. Sports cars have superior handling as well, making them excellent in curves. 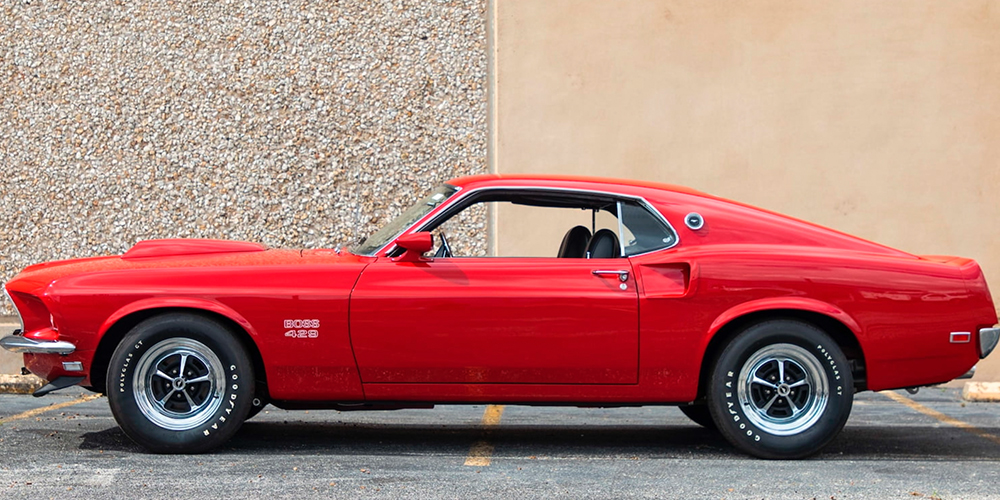 Massive V-8 engines power muscle cars. Muscle cars are high-performance American cars with beefy bodies and are affordable for everyday people. They were designed for drag racing. A Chevy Camero is a type of muscle car.

Both cars are types of convertibles. Their origins come from the horse and buggy era. A roadster from back then was a horse and buggy that could travel on city roads. A spyder or “spider” was a buggy with a small carriage for two and enormous wheels, resembling the outline of a spider. 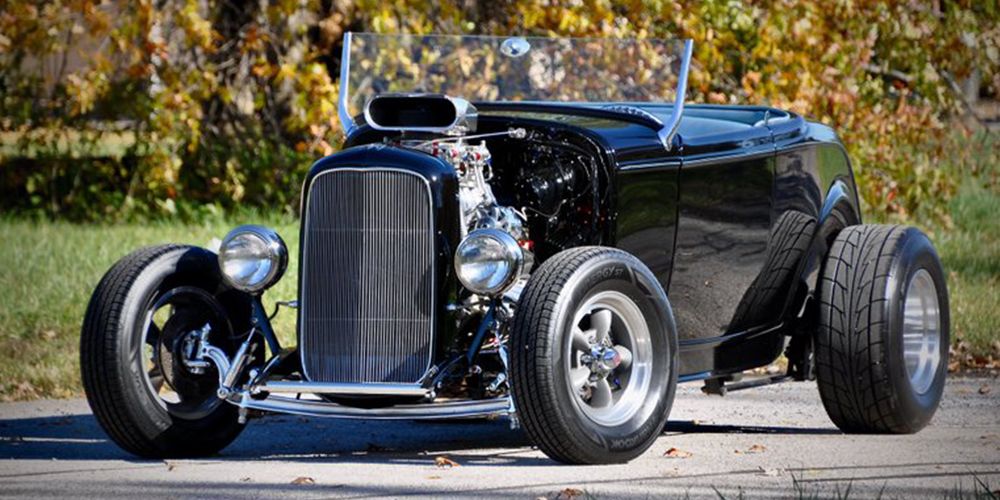 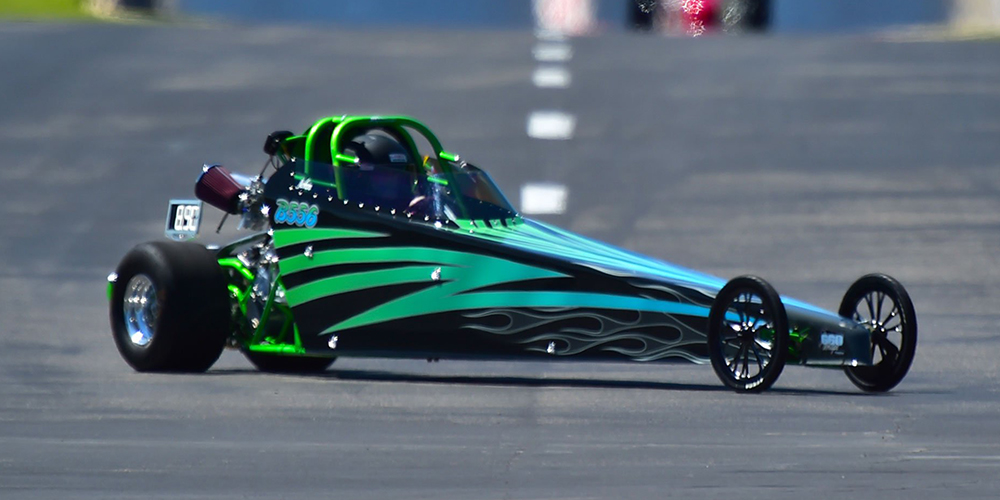 A dragster is a kind of racecar. They use a centrifugal clutch instead of an automatic or manual. Dragsters were first built in the 1960s and modified with front-engine rails. As you can imagine, there is no space for cargo.

Looking for high-quality car insurance at a price that doesn’t make your wallet weep? Reach out to Insurance Navy and find out how you could start saving on car insurance premiums today. Call us at 888-949-6289 or request a quote online. Representatives are also happy to assist you in person at one of our many locations.