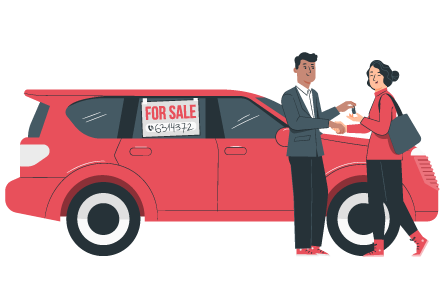 This post’s magic word is “reliability” because that’s all you want whether you’re buying a new or used car. New cars fresh from the automaker are held to the professional standard that they should function reliably and properly. While used cars may have some mileage or even a markup on their history, they still should run how they did when they were in their prime. If you find such a reliable used car vendor, you may be able to find a car for under $3000 that still has a significant lifespan left.

Sometimes it’s a matter of knowing the right person, and other times, it’s about knowing the right place to stop by. In this post, we’ll cover all the places to go for the best-used cars priced under $3000 and the types of cars that are such low-cost. We’ll also discuss tips and tricks to make sure you get the best deal when browsing.

Where Can You Find Low-Cost Used Cars Under $3000?

Always start out with a trip to your local car dealer or lot. This is often a great place to begin shopping because you can set some averages and get a feel for the used car economy. Lots are great because they carry makes and models of the biggest names in the auto industry for much less than their original sticker price. Ford, Toyota, and even Chryslers are some examples. Ask your dealer about any bargain rows or discount events at the moment as well. Your dream car may even be an option for a cost less than $3000. As you visit more and look at what they’re asking, you’ll be able to find the best lot by the process of elimination.

Aside from used car lots, other places where you may find low-cost used cars are:

What Should You do Before Deciding on a Used Car?

Before ultimately deciding on your desired used car, there are some things you should make a note of. Check out the car’s mileage - and note whether it’s a lot or a little. The odometer is a great way to tell how much life the car has expended and how much it has left. You should also do research on the car’s history and titles. How many accidents it has been involved in is especially important. You may get a car with a salvage title for much less than any other used car, but you will have to take care of the repairs yourself to get it back in working order. Make sure you’re also financially prepared to care for your car and pay extra attention to any lasting issues. A car’s lifetime is dependent on how well you treat it.

What Are The Top Choices For Pre Owned Cars Under $3000?

There are many makes and models that are most often listed as under $3000. Some of these cars are from the last two decades, so their age is also a contributing factor to their discounted price. All these cars have received good safety and performance ratings which is why they are still sought after today.

These makes and models include:

A more or less recent make and model is the Chevy Aveo pre-2010. Used ones can sell for under $3000, depending on the condition. The Aveo has been praised for its low maintenance and has a manual transmission.

By 2006 and 2007, some automakers began making their car Bluetooth capable. The 2006 Ford Fusion is one such car. It also has both a manual and automatic transmission hence the word “fusion.” If the conditions are right, you may find this car for a little under $3000.

Hybrid models of the Honda Accord debuted in 2005 wherein a V8 engine was combined with a gas and electric drivetrain. Naturally, this benefited the fuel efficiency. Hybrid accords can go for less than $3000.

Like most cars from the late 90s and early 2000s, an Infiniti i35 depends on the condition it is in. This car is more luxurious than some sedans, so finding it under $3000 may require a little searching, but it isn’t impossible.

Older models of the Corolla in the 90s were one of the most reliable cars on the road at the time. These models are still around today and are usually just under $3000.

Some other great choices for cars under $3000 are:

By now, you know what to look for and where to find used cars under $3000. Here are some final tips before you start visiting the used vehicle lots or sellers: