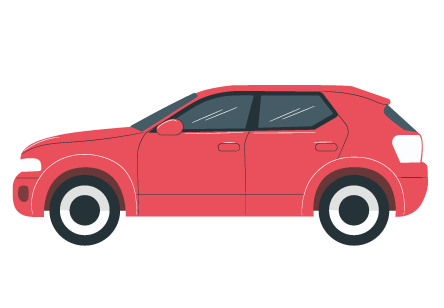 What Is the Red Car Myth?

There are a number of factors that insurance companies consider when deciding on auto insurance premium rates. None of these are the color of the car.

Are Red Cars More Expensive To Insure Then?

That common belief is wrong, owning a red car instead of a white car won’t increase your auto insurance premium rates, despite what some may say. Red cars are not more expensive to insure! On the contrary, we can say the red car popular belief of higher insurance costs is just that, an urban legend.

Today, we’ll look into where this strange red car impact on auto insurance myth came from. We’ll also take a look at studies regarding how the red color for cars affects a car’s risk of collision.

What’s The Origin Of The Red Car Myth?

There is no clear origin of the red car myth but it seems to stem from a few misconceptions about red cars and insurance costs. Red cars have earned a reputation of being more likely to get ticketed than other cars of other popular colors, hence the increase in the vehicle insurance premium.

In fact, however, it might have an effect on a custom paint job, owning a red car won’t have any effect on your auto insurance rates. Instead, things such as where you live, your ZIP code, your age, your credit score, your driving records, the vehicle safety features, and other factors will cause your auto insurance premium rates to either go up or down.

However, red was far from the only color said to be more likely to be in a vehicle crash than a white car. For instance: “Of the statistically significant results for daylight hours, black, grey and silver vehicles were estimated to have the highest crash risks relative to white of 12%, 11% and 10% higher respectively”.

The study also makes this important note about the study results: “One key limitation in interpreting the results of this study relates to the definition and interpretation of the vehicle color classifications. Obviously, vehicle colors cover an almost infinite spectrum of hues and saturations. Due to pragmatic requirements, vehicle registers are forced to record these into a fixed number of discrete classifications. Consequently, there will be significant variation in the tomes of color classified within each of the 17 color groupings used for this study. For example, blue can range from a shade close to black up to almost silver. The visibility index across this range and hence possibly the associated crash risk could vary significantly within the one color classification. To be borne in mind when interpreting the results is that they represent the average risk across all color variations within the defined category of vehicle color.”

Colors have many different shades so these conclusions cover a broad spectrum. It’s not as simple as “white cars good, red cars bad”. In other words, don’t take this study as specifically meaning that drivers behind the wheel of a brightly colored car are guaranteed more likely to be in a car crash as opposed to those in a white car.

This point was even more strongly reinforced by this quote from the study: “The colors that tend to be associated with higher crash risk are generally those lower on the visibility index such as black, blue, grey, green, red, and silver. Although black, grey, and silver appear to have the highest relative crash risk compared to white, statistically it is not possible to give a firm ranking of risk due to the level of statistical uncertainty in the estimated risks”.

Shopping for Cheap Auto Insurance quotes? Insurance Navy can help you out with your insurance coverage!

Call us today at 1-888-949-6289 or visit your nearest Insurance Navy location. Our offices are open from 8 a.m. to 9 p.m. CST, 7 days a week. Insurance Navy also has a strong presence on nearly all forms of social media.