Is it illegal to sleep in your car? 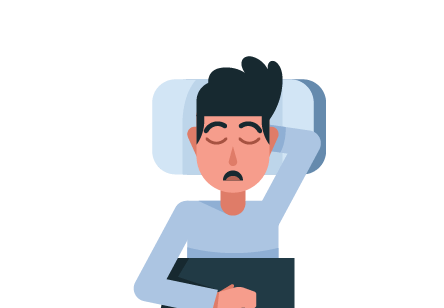 So, Is it Illegal to Sleep in Your Car?

The question of being able to sleep in your car isn’t a traffic or road regulation. Rather it’s because of private property and local law. Sleeping in your car is completely allowed. It’s a matter of where you are allowed to do it. With ongoing nationwide legislation, rest in a car is becoming increasingly restricted. There has been a 200% increase in cities that ban sleeping in a vehicle. Property owners aren’t too thrilled with cars being parked in their lots all hours of the day.

Can I sleep in my car in Florida, Virginia or California?

Florida and Virginia are examples of states where rest in your car is outright illegal. California largely prohibits it with their strict parking enforcement from 9 PM to 6 AM.

At the same time, there’s legislation that allows it in select areas. Big cities like New York allow overnight parking during specific times of the year. So, the short answer is no. It’s not illegal to sleep in your car. If you were to wake up in your car to a police officer at your car window, they’re most likely enforcing a parking ordinance or pointing you off a property you shouldn’t be on. Allow this page to be your in-depth guide on where you can and can’t sleep in your car.

When would you rest in your car?

There are reasons why anyone would sleep in a car, some beyond their control. The two most common are expensive housing and transitioning between a new home or job. Leases on new properties may take some time to activate, so you can’t move in right away. Most opt to ride it out in their car to save on hotel or any other lodging expense. It’s your own car, it’s insured, and you can use your personal vehicles however you like. Another reason for rest in your car is perhaps you’re on a budgeted road trip. However, you would have to research the parking ordinances your destinations allow.

It isn’t unheard of to sleep in your car. The number of people taking residence in their vehicles has remained constant. It’s also an ongoing process for cities and townships to update their parking ordinances to regulate it. Despite this, some people maintain a successful living on the road. Perhaps you’ve seen the “van-life” trend on social media. True, larger vehicles make for better shelters, but the insurance can be pricey. It can be done just as well with a sedan-sized car.

When is it illegal to sleep in your car?

Is it illegal to sleep in your car in all states? No, knowing when it’s illegal to rest implies that you also know the local properties and the parking regulations. Finding a place to park and sleep is essentially finding 24 hour or overnight parking. It helps to have a handle on three park rules –the hours of parking enforcement, city parking ordinances, and vehicle habitation laws.

Here are places where it is illegal to sleep in your car:

Where is it legal to sleep in a car?

Now that we’ve discussed where it is illegal to sleep in your car, we can finally discuss what to do when it comes to sleeping in a car. There are specialized sites and laws that allow for vehicle lodging.

Here is where resting in a car would be allowed:

Is sleeping overnight in a car safe?

The purpose of this section isn’t to deter you from sleeping in your car. Rather, it’s to provide you with the know-how to keep you safe. The last thing a car thief would want as they’re driving away is someone rising up from a backseat slumber. So, when you’re sleeping in your car, you won’t have to worry about it being stolen. Break-ins would also be deterred when they look through your windows and see a person inside. If you don’t like the idea of a person watching you while you sleep, then invest in tinted windows or cover them with a blanket.

Your safety also depends on the area you choose to settle in. Safe locations are those with more cars and people around, like a Walmart parking lot or a business lot. If you’re granted permission from a resident in a suburban area, then that would be a safer overnight stay. While they may be quieter, secluded areas tend to have more hidden dangers.

On the topic of hidden dangers, there’s also the matter of your car. A woman in 2014 who was living in her car was reported dead due to carbon monoxide poisoning. She was working between shifts and would stay in her car. Unfortunately, a gas container in the trunk tipped over, and the vehicle filled up with toxic fumes. Small cracks in the windows are necessary for fresh air.

A car is designed to transport passengers and a driver from point A to point B. The possibility of the car being a mobile home was something that Honda never considered when designing the Civic. However, people are able to prioritize liveable space with their vehicle’s foldable seats. Large vehicles like pickup trucks and vans may have space for a mattress on the go.

How does car insurance play into sleeping in your car?

No, you can’t cover a vehicle you’re sleeping in under a homeowner’s policy. The car would still have to pass the state’s minimum required insurance coverage. That would be the liability coverage. How much you’re paying for your car insurance should be taken into account when you’re lodging in your car regularly, especially since you may be on a budget. So, if you’re shopping around, it’s best to compare the quotes you would receive.

You can get into an accident with someone during the day while driving, so collision insurance may be a plus if you find yourself driving more than sleeping. Comprehensive insurance will be the best option if you sleep in your car more than you drive it. That would protect you from any vandalization or break-ins your car may face. If you’re keeping personal or valuable items in your car, you’ll want them insured. There’s plenty of low-cost auto insurance available regionally and nationally.

Looking to get your vehicle insured? Let Insurance Navy help. With cheap car insurance rates, Insurance Navy offers you high-quality coverage at an affordable price tag. Get a quote today online or call us at 888-949-6289. Our agents are well-versed and ready to help either via the phone or in person at one of our locations.