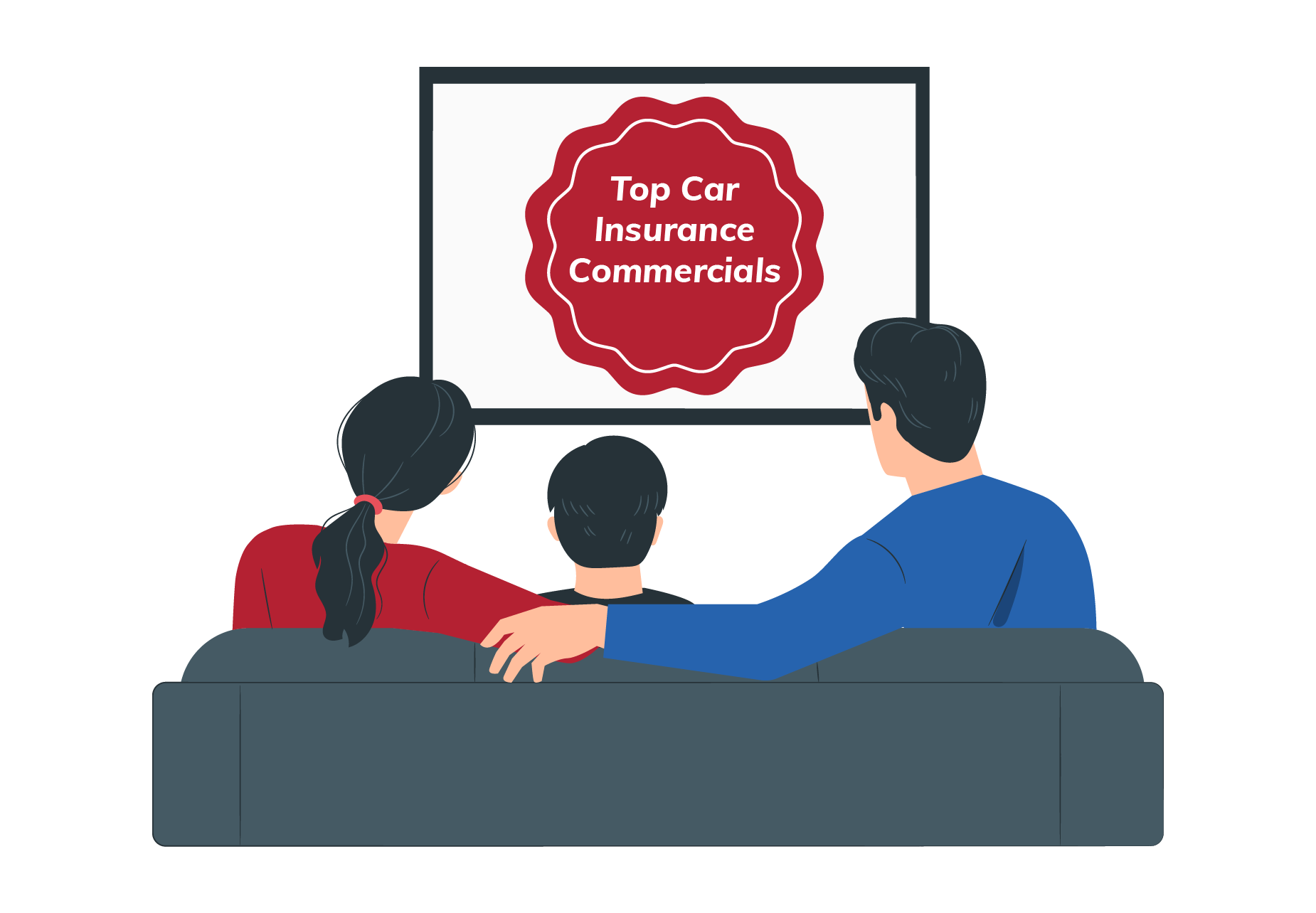 They don’t exactly teach you about car insurance in school, so a lot of times, our first exposure to auto insurance is through vehicle insurance commercials.

Here are some of the best examples of auto insurance commercials and why they have proven to be so memorable.

Car insurance claims are often filed for serious damage to personal assets. Allstate adds dry humor to damaging circumstances with Dean Winters as Mayhem, who starts out every commercial ad explaining what he is for the duration. He can be a car thief, the snow that causes your garage to collapse, or even Tina Fey’s dog distracting her from driving.

Since 2010, Mayhem has starred in his own series of auto insurance ads from Allstate. When you see Winters’ face, you know something is about to get broken. But it’s ok because all that is broken is covered by Allstate.

In Famer’s marketing campaign of auto insurance commercials, actor J.K. Simmons plays a sort of curator character guiding people interested in Farmer’s Car Insurance on a tour of the Hall of Claims where he recounts how the car insurance claim happened. This is usually exaggerated and given a clever name.

Farmer’s also has a great commercial jingle which they acknowledge with one such car insurance commercial where a driver is too busy jamming out to it to drive safely -resulting in hitting a building. Their slogan, “We know a thing or two because we’ve seen a thing or two,” illustrates their message that no car insurance claim is too much or too odd for them.

For over 20 years, Geico has been using its gecko mascot in auto insurance commercials. He’s not overly cartoony, but a British salesman and car insurance expert. He’s appeared in over 150 car insurance ads traveling around the world or just hanging out around the Geico headquarters speaking with coworkers.

Stats show that the Geico gecko is just as recognizable as Colonel Sanders and Starbuck’s mermaid. “Switching to Geico can save you 15% or more on car insurance” is still quoted by elementary school students today. They may not understand it yet, but it’s like a catchphrase by a famous character.

With a name like The General, the idea of a mascot couldn’t be more obvious. The General’s army general mascot has been promoting low car insurance rates with a drill Sargent chant at the end of his auto insurance ads.

Sometimes he can be seen with a pet penguin or with NBA All-Star Shaquille O’Neal talking about the latest in car insurance promotions from The General.

How Can Auto Insurance Commercials be Memorable?

Insurance companies like Geico and Progressive spend billions of dollars on car insurance advertising annually, while Farmer’s spends $129 million. Car insurance is an incredibly common product that nearly everyone owns. Stats show that TV and web media are where car insurance commercials are mostly viewed.

As you just read, all an auto insurance company needs to bring a unique light to their car insurance product is to provide a memorable 30 seconds that the viewer will briefly think about. Jingles and mascots especially help with this.

As you can also see, car insurance providers can afford to be funny in their auto insurance advertisements. As long as they take their car insurance services and offers seriously, they can be humorous about it. Humor can also be a good thing since it shows intelligence and understanding. Those are two things you will absolutely want with your car insurance company.