Can you Get Car Insurance with a Suspended License? 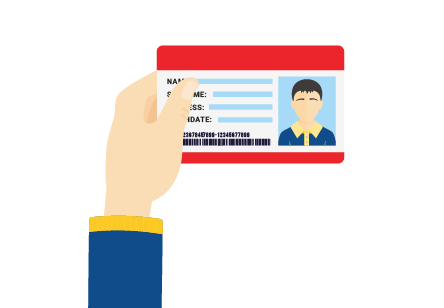 How Can you Get Car Insurance with a Suspended License?

So, How Can you Get Car Insurance with a Suspended License? Finding or continuing car insurance with a suspended driver’s license isn’t impossible nor overly complex. It’s just a matter of knowing what to do and the order of doing it.

Often, the difficulty depends on the circumstances of the driver’s license suspension or any accompanying accidents. States require drivers to carry both car insurance (minimum amount) and a valid driver’s license. Here’s how to stay insured in the event your driver’s license is suspended.

What Are the Reasons for a Suspended License?

A suspended driver’s license means the insured driver has been temporarily stripped of their driving privileges. States DMV’s handle what specific circumstances will determine a driver’s license suspension differently depending on their laws.

Here’s what may result in a suspended license consistently throughout the country:

When my license gets suspended, what happens to my car insurance?

Your suspended license will be brought to your car insurance company’s attention when they look over your vehicle report at the time your policy is up for renewal.

In most cases, the car insurance company will choose not to renew your coverage. If an insured driver with no license or a suspended one wants to apply, it’s a red flag of high risk to the insurers. They’re not only aware of the legality of driving unlicensed but also the risk of filing a claim for an unlicensed driver. Doing that is incredibly expensive for the car insurance company, and most insurers try to avoid it.

If a covered, a licensed insured driver was to do something to have their license revoked like a hit and run, DUI or DWI, then they could expect their car insurance rates to rise and pay more money for their insurance premiums.

The average premium increase for a suspended license would be 67% for up to 3 years, that’s a large amount of money. This is assuming that you’ve also received a ticket from the police for a specific traffic violation like a hit and run, DUI or DWI. That rate from an insurer can increase anywhere from $200 to $500 per year for some of the largest car insurance companies.

What’s the best kind of car insurance for a driver with a suspended license?

Car insurance may be a requirement in your state, even if you’re not legally a driver anymore. It also plays a role in reinstating your license with the DMV.

There are a couple of reasons why you should keep your coverage and stay insured until your license is no longer suspended. As previously mentioned, perhaps your policy includes multiple drivers for a single car.

At that point, you would have to be listed as the secondary insured driver as opposed to the primary. If you choose to put your car in storage for the time being, then comprehensive insurance would cover it should anything happen.

Staying with your policy will also help you avoid coverage gaps with your insurer. Car Insurance companies tend to see coverage gaps as a high-risk liability and may be hesitant to sign you on. A lot of suspended drivers qualify for a restricted license from the DMV which allows essential driving most often after you are charged with a DUI or DWI offense.

The way to save money on suspended license car insurance is to lower your auto insurance coverage during a suspension. Since you won’t be driving, you may be able to temporarily drop collision coverage in favor of comprehensive auto insurance. However, if you rent or lease your car, this may not be an option.

What’s a restricted license or conditional license, and how does it work?

Sometimes called an occupational, hardship license, a restricted license allows those with a suspended license to drive for essential purposes usually after being arrested for a DUI or DWI offense.

Keep in mind that restricted licenses, hardship licenses or conditional licenses are entirely based on the case and severity of your suspended license. They are also at your DMV’s discretion. Your DMV driving record, suspension, and the reason why you would need a work license are all part of the application.

How do I get my suspended license reinstated?

The first step to reinstating your suspended license is to pay any associated DMV fees and complete any driving courses that may be required. From there, you must:

Is it Possible to Rent a Car with a Suspended License?

Car lenders or the bank dictate which car insurance coverage you receive when driving one of their cars. Since you’re not the car’s owner at the time of your license suspension, trying to lessen your coverage may result in more dictated coverage. In that event, you would have to pay that auto insurance rate at a much higher amount of money for your insurance premium.

You’d be able to lower your car insurance policy for a car you own, saving you money. Putting the car in storage and dropping collision insurance while maintaining comprehensive coverage is an example. You’d be paying less money, and your vehicle will be covered legally and while it’s not in use.

The idea behind auto insurance for drivers with suspended driver’s licenses is for them to keep their car affordably covered and pay less money until they get their license back again.

How to Register A Car with a Suspended License

It is not a requirement to have your license in hand when registering your vehicle with the DMV. However, you will need proof of car insurance and the appropriate documents to the DMV as well as information about how other types of coverage work if you don’t want to get an SR-22 for instance (which some people do).

To start off with this process without any hassle at all, there are ways such as applying for hardship licenses or getting SR-22 Insurance policy which might be more suited depending on different circumstances. Once these steps are done, however, registration can happen through your motor vehicles offices or DMV just like before!

Need a Car Insurance Policy with a Suspended License? We Can Help!

A final word of advice would be to not cancel your car insurance policy in the event of a license suspension. For reasons we’ve just gone over, auto insurance is a requirement in reinstating a driver’s license.

To avoid those high rates and save money, consider placing the car in storage under a comprehensive policy or applying for a restricted license. Meanwhile, take all the steps you just learned to get your license back.

If your license is currently suspended and you’re looking to get back on the road. Feel Free to contact us or get a free online car insurance quote today!