What is a Rebuilt Car Title? 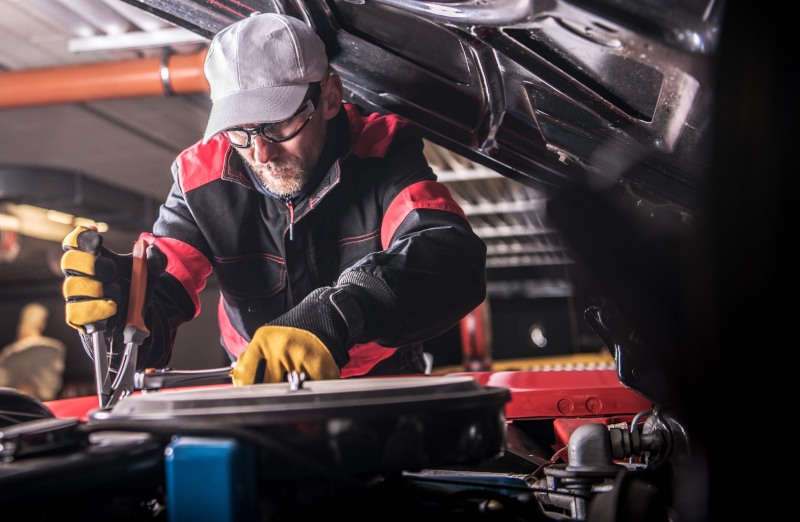 There are times when too much damage literally becomes too much to handle. It’s at that point when your insurance providers may declare your damaged car impossible or too costly to repair or a total loss. This can happen when the vehicle is damaged beyond any possible repair, or the cost of repairs exceeds the car’s value by several thousands of dollars or anywhere between 70% to 90% of said value. Naturally, those kinds of repairs are far beyond your coverage limits. There’s a chain reaction once a car is declared a total loss -the car insurance policy is dropped, the DMV registers the car as no longer safe to drive, and it is issued a salvage title. From there, you’re at the crossroads of whether to have your car repaired yourself or buy a new one altogether. If you’ve chosen the former, then this is the guide to having your car rebuilt and getting it back on the road. Consider this everything you need to know about issuing your car a rebuilt title.

What is a Salvage Title?

Your car has been issued a salvage title because your car can no longer be driven or function correctly. The only thing that it would be good for is spare parts that still work. The insurance company will usually sell it to a junkyard or chop shop if you choose not to keep it. There isn’t much you can do with a car with a salvage title. The certification prevents it from being operated on the road. The damage may have long-term consequences that seriously compromise the car’s safety features. However, cars with a salvage title that is repairable may draw the attention of some car shoppers looking for a cheaper alternative to a new car. Sometimes selling your “pile of parts” is the best and only choice. Of course, there’s always the rebuilt title route to make your car legal to drive, register, and insure again.

What is a Rebuilt Title?

Any car with a rebuilt title had a salvage title at one point. However, mention of the title will still be listed on their vehicle history. Once a salvage title car is repaired and undergoes an evaluation, it can be issued a rebuilt title. This title certifies that the vehicle has been repaired and works well enough to be street legal. The car can now also qualify for auto insurance coverage, though it may be limited and hard to find. Requirements for a rebuilt title vary from state to state. One thing that remains consistent about rebuilt titles across the board is that the car’s value will never be the same again. If anything, it will be significantly less -around 20% to 40% less value than before it was declared a total loss.

How Do You Get a Rebuilt Title For a Total Loss Vehicle?

From there, you will have to:

What Can You do With a Car That Has a Rebuilt Title?

A rebuilt title means that you can get back on the road again because the once totaled car has been certified safe. When buying a new car altogether costs more than the repairs, this is a good deal for those drivers. In fact, some opt to purchase a car with a salvage title and repair it if it’s more economical. Thinking about how well it can drive after a rebuilt is just one of the things you have to think about. There’s also the matter of finding auto insurance for your rebuilt vehicle and the new resell value. The rebuilt title is a permanent mark on the vehicle history that signifies that it was once totaled. So, getting insurance may prove to be a challenge. However, there are specialized policies and insurance companies that see drivers bring in their rebuilt cars.

How Do You Get Insurance on a Car With a Rebuilt Title?

Before a rebuilt title, it is possible to get auto insurance for a salvage car. Because the car isn’t safe to drive, insurance for salvages is challenging to qualify for. Some difficulties may still be present for applying for rebuilt title insurance, but it can be a little easier since the car is working in order. Regardless, some insurance companies will turn you down if your car has a rebuilt or salvage title. At the same time, those that don’t may not even offer full coverage for those types of vehicles. This is because pre-existing damage that it initially sustained may cause some problems in the long term. So, they may not offer comprehensive or collision coverage. On the bright side, this would mean lower monthly rates.

But it may be possible to receive more than just liability coverage with a rebuilt title with some insurance companies. More information is typically required, such as a written statement from the auto shop mechanic supporting that the vehicle is fully fixed and in working condition. Your photo documentation would also be greatly appreciated, along with the repair receipts. If you bought your rebuilt title vehicle, then all these would be given to you at the time of the sale.

Can You Buy or Sell a Car With a Salvage or Rebuilt Title?

Outside of driving privileges, safety, and insurance coverage -buying and selling cars with titles remains one of the most asked about topics when it comes to the subject. Firstly, there’s the value of the car after being declared a total loss. Status shows that rebuilt title cars are worth 20% to 40% less than their standard value. This reduced value and sticker price is why some drivers choose to buy cars with titles to save money. We’ve mentioned this before. What we haven’t mentioned yet is the possible drawbacks of purchasing a car with a rebuilt or salvage title.

When thinking about buying a rebuilt car, you should consider:

What Are Some Damages to The Rebuilt Car Should You Beware of?

There are several online resources and consumer reports to guide you through when to buy and when not to buy a rebuilt title car. Across the board, they all mentioned the same types of damages that may come back to bite one day after buying the car.

Some auto damages that can be a red flag in the future are:

Always Keep These in Mind When Dealing With a Rebuilt Title

In conclusion, there is no middle ground for rebuilt title vehicles. Buying a car with a significant past is either right or wrong for you -there’s no in-between. The only two cases that are in your favor when it comes to rebuilding a totaled car is that the damage wasn’t too severe, and the value decreases significantly, so you can easily afford it. Inversely, there are a couple of things to be wary of, such as insurance coverage restrictions and lasting damages. If you’re looking to sell the rebuilt car, then it can be tough to find a buyer with the title. It’s a gamble when you buy a salvage title car because you can only take them so far before it becomes more expensive than buying a new car. Seriously compare the costs of a new car with a clean title to fixing a total loss and maintaining it -your results may surprise you.