Top Attractions of the Northwest Suburbs of Chicago 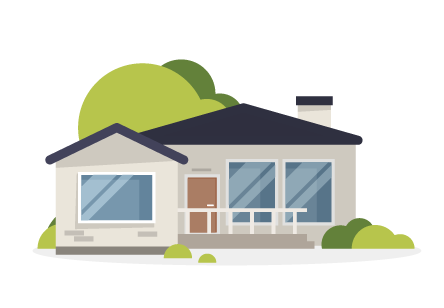 Just because you’re out in the Northwest suburbs and not in the city, doesn’t mean there is suddenly nothing fun to go visit and explore. Within the Northwest suburbs of Chicago, which are highly recommended destinations to visit. Consider the time you have if you happen to live in or around Des Plaines, Schaumburg, Palatine, Arlington Heights, and Addison. These suburbs have a variety of local attractions that offer something new to see, or some unique activities you won’t get to do every day in many other cities. Below we have created a list of these suburbs and one of the top destinations you should visit in each one when you have the chance.

If you’re looking for an attraction that offers a fun-filled day in Des Plaines, Illinois then make sure to visit Mystic Waters Family Aquatic Center. Spanning back five decades, the park district featured the Chippewa and Iroquis pools, which were in need of updates by the early 1990s. After a long renovation, Mystic Waters opened to rave reviews in June of 1996. One of the largest and most beautiful water parks in Northern Illinois, it quickly became a favorite destination for families throughout Chicago with its exciting features which include water slides, cliff dives, and a lazy river.

It should be noted that the facility has finally just reopened to the public after a long reprieve due to the COVID-19 virus. Last summer, the water park was hoping to open in some capacity, but unfortunately wasn’t able to due to the rise in numbers of COVID-19 cases. Luckily, as of June 5, the park has been able to reopen with attendance limited on a first come-first served basis within two time slots.

Attendees may choose 11 am to 3 pm or 4 pm to 8 pm. Visitors can once again enjoy the 37-foot slides, which include daring drop slides, a 550-foot lazy river that is perfect for those who just want to relax, and the zero-depth leisure pool where children can play safely without fear of drowning. There is also the Beluga Beach Area just for toddlers. Also, don’t forget to check out the platforms where you can perform some awesome cliff dives. Park visitors also have access to the Island Cafe which offers lunch and snacks. Mystic Waters is located at 2025 Miner St, Des Plaines, IL and can be reached at 847-391-5740.

You will be sure to have an evening of action, excitement, and memorable entertainment when you choose to visit Medieval Times Dinner & Tournament. Take a step back in time to the era of swords, jousting, and knights while enjoying a medieval feast. This unique dinner theatre first began in Orlando, Florida in 1983. More locations would open over the next decade, including this Schaumburg, Illinois location.

Over the last year, Medieval Times was not able to open due to the COVID-19 pandemic, but as of this year, the attraction has been able to reopen for the season. Upon arrival, visitors will be struck by the replica medieval castle-style structure. As the presentation of the tournament begins, guests will be able to enjoy a four-course meal that includes delicious favorites such as tomato bisque soup, rotisserie chicken, herb-roasted potatoes, sweetcorn, and the castle’s dessert.

The performance begins with the entry of the realm’s six knights, which the audience will be introduced to through a thrilling introduction. The tournament opens with a light show and introduction of the six knights of the realm and their counties. Everyone from peasants to nobles is on parade and decked out in medieval garb as they take part in various competitions including falconry, equestrian skills, or character depiction. A storyline ensues featuring the first female ruler who takes charge by herself while she’s attended by her knights, squires, serfs/peasants, and wenches.

All this makes it look more than just your average show–it seems that every member of society has come together to create an event worth retelling. Medieval Times is located at 2001 N Roselle Rd, Schaumburg, IL 60195, and can be contacted at 888-935-6878.

When you’re looking for an enjoyable evening out on the town in Palatine, Illinois stop by and see what is happening at Nellie’s Gastropub & ConcertHub. Originating back in 1972, Nellie’s has been a favorite neighborhood tavern for nearly 50 years. This establishment features not only delicious tasting food, but also a selection of over 30 beers on tap, and live music and entertainment.

It’s been noted that Nellie’s has one of the most extensive selections for beer in the Palatine area. Not only that, but several are difficult to find brews from out of state. Favorites include Hot Dog Time Machine IPA, Tropical Oberon, Tequila Barrel-Aged Flamingo Fruit Fight, Jambi IPA, and 4 Giants IPA. Nellie’s features Duke’s Alehouse + Kitchen which offers tasty gourmet sandwiches including special burgers, falafel, and unique entrees, sides, and appetizers.

One of the final features that compliment Nellie’s so well is the live music performances they often host. It is noted as the largest concert venue in the Northwest Suburbs of Chicago meaning, if you’re one who enjoys going out to catch the latest local artists of Chicago, this is the spot for you. Search online to see the upcoming lineup for the current month. Fun evenings of line dancing instruction are also offered every first and third Friday of the month. You’ll be able to mingle, learn new steps, and brush up on past ones, and become a polished line dancer. Nellie’s is located at 180 N Smith St, Palatine, IL 60067, and can be contacted at 847-358-9150.

Metropolis Performing Arts Centre is a live entertainment and arts education facility located in downtown Arlington Heights, Illinois that has quickly become one of Chicagoland’s leading venues for quality programming with its 350 seat theater. The Metropolis Performing Arts Centre was founded in 1977 and quickly became one of the most desired venues for live entertainment. The theater offers a variety of unique performances that are sure to delight audiences both young and old, including national acts spanning all genres such as comedy or musical theatre, spoken word, or dance.

The Performing arts center is also host to opportunities including group classes and camps that cover music, improv, musical theatre, and drama for the stage. These are offered for a range of experience levels and age groups, leaving nobody out of opportunity who is interested in honing and crafting their skills. Performances range in a wide variety at the Metropolis. From The Bacon Brothers and Joan Baez to Los Lobos and Robert Cray, Metropolis has opened its arms wide for a multitude of world-renowned musicians over time.

You can also catch the fantastic performances of various community theater stage plays and musicals. It’s a great opportunity to support young performers and the amazing work they produce. If you check on their website, you can find a listing of all upcoming shows and events through the current season. The Metropolis Performing Arts Center is located at 111 W Campbell St, Arlington Heights, IL 60005, and can be contacted at 847-577-2121.

On a day that you want a beautiful naturistic area to explore and relax in Addison, Illinois make a visit to Wood Dale Grove Forest Preserve, which encompasses more than 185 acres of land in all. The forest spans the Tinley Moraine, which was formed roughly 10 thousand years ago when glaciers began receding from around the Lake Michigan basin.

Composed mainly of upland forests, Wood Dale Grove is a beautiful place home to many different types of wildlife. There are owls, deer, amphibians, and other forms of animals that live alongside plants that only grow in this forest such as the rarest yellow-rumped warblers or ruby-crowned kinglets. It’s also an important stopover for migratory birds like common loons which can be found nesting with hooded warblers.

The easily accessible trails around Grove Lake make for scenic journeys for hikers, bicyclists, and cross-country skiers. The limestone trails encircle the lake as well as a wooded area to the north of it which provides an escape from city noise while also providing many recreational opportunities such as hiking or biking on half-mile loops. The park has dozens of picnic tables and grassy areas for laying out blankets. Ground fires are not allowed but grills are welcome, which makes it perfect to cook your meal before eating at one of these many outdoor settings.

Catch largemouth bass, bluegill, crappie, channel catfish, rainbow trout, or sunfish while fishing in Wood Dale grove’s 9-acre lake, which has depths up to 28 feet deep! There are two piers too that make this destination an all-around good time. The park is located at 895 S Wood Dale Rd, Wood Dale, IL 60191, and has services that can be contacted at 630-933-7348.

Congratulations, you’ve come to the right place for auto insurance. Insurance Navy providers drivers with coverage regardless of their risk. Get a free car insurance quote online from Insurance Navy. Assistance is also just one phone call away at 888-949-6289. Don’t forget you can always stop in to speak with one of our expert agents about what kind of car insurance you can get.