Bodily Injury Car Insurance Coverage: How Does It Work? 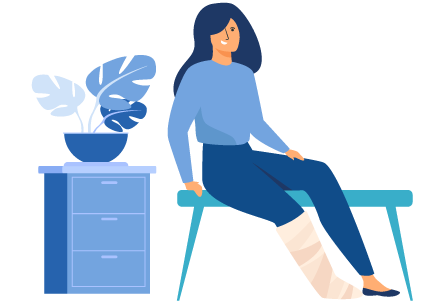 What is The Importance of Car Insurance And Bodily Injury Coverage?

As previously mentioned, the legal responsibility to pay for damages is the importance of car insurance and what basic coverage entails. In most states, when you are at fault or have caused a car accident with another driver, you are required to pay for their medical bills and any other costs accumulated from the accident. This is a practice of basic car insurance policies with the minimum amount of coverage. Driving uninsured can result in significant penalties like fines and even jail time. The very least that your state’s Department of Motor Vehicles will do when they find out is suspend your driver’s license as well. That should stress the importance of carrying car insurance.

What is The Role of Bodily Injury Coverage in Basic Car Insurance?

Before diving into the specifics of what bodily injury coverage includes, let’s talk about how it functions within auto insurance. Car insurance isn’t a federal mandate but rather a state one. Every state has its own car insurance requirements for how much coverage every driver that registers within them must carry.

This is composed of the following coverage types, which includes two instances of bodily injury:

What Does Bodily Injury Insurance Cover?

Now that you’re familiar with how bodily injury coverage ties into car insurance, let’s talk about how it functions and what it covers specifically. In the event of an accident, the other driver will file a claim against your insurance provider since it is they who will receive the payout rather than yourself.

From there, the driver you injured will receive compensation for their:

How Much Bodily Injury Coverage Must You Carry?

The answer to this question depends on the state you live in because they all have their own minimum amounts they require from their drivers. Going back to the coverages of basic car insurance, we’ve laid out what each coverage must at least be in an easy-to-understand three-number phrase, “25/50/20.”

These amounts are based on the averages. Any state may have a different amount. An example would be California’s requirement of 15/30/5 compared to Illinois’ requirement of 25/50/20. Of course, these aren’t the exact amounts you should carry. A smart driver carries insurance coverage equal to their net worth rather than what the minimums are. This is because, while these amounts are at least required, they are often not enough to fully cover a normal auto accident case.

How do You File a Bodily Injury Claim After an Injury?

The body injury claim filing is done by the affected driver against the at-fault driver’s insurance company. This is what’s known as a “third-party claim.” The claims process is something that requires a lot of documentation and recordings of the event. Any records like medical treatment after the accident should also be kept close and tangible.

Here’s what you should have before starting the claims process:

It’s important to note that you should immediately get medical attention if you need it. You’ll need records that show you received such treatment and must receive a payout for it. The claim process should be started when you have the bills and the amount you are owed calculated after it is done.

Now comes the process for making a claim successfully:

How Much Does a Bodily Injury Claim And Coverage Cost?

Here, we discuss the cost of not only the insurance itself but also how much a claim would cost you. Note that a bodily injury claim is more expensive than a property damage claim.

To get a feel for how much a bodily injury claim is, here are some averages from previous years:

How is Fault Determined After an Accident?

In any case of a traffic accident, establishing which driver is at fault is the first order of business. From there, you’re able to work out the claims process with the insurance company of the at-fault driver. However, that may not always be the case because some states employ different laws and practices against negligent driving. Some states make drivers share the fault while others don’t even use the fault system.

Here’s a couple of ways fault is determined or defined after an accident:

What Are Other Types of Injury Liability Coverage That Covers Bodily Injury?

Speaking of PIP insurance now is the perfect time to bring up different types of injury liability insurance that can cover you after an accident regardless of the driver at fault. That is exactly what personal injury protection is, especially in states where carrying it is required. Another type of coverage drivers use to increase their liability limits is an umbrella insurance policy. These policies are usually bought in order to cover remaining costs leftover from a standard insurance payout that wasn’t enough. Let’s say that you carry a bodily injury coverage limit per accident of $150,000 and get into an accident where they owe $200,000 in damages. An umbrella policy will cover the remaining $50,000, so you don’t have to. This can be extremely helpful if you get into a major accident.

The best way to close out this piece is with some more tips about making your bodily injury claim process go much smoother. The first thing you should do is hire a lawyer or legal representative. This can be especially handy if you are taken to court and must agree on a settlement or a serious injury which requires a lot of treatment. You’ll also only have to pay them for their services if your claim is approved.

Always check the legal services offered within your area because you may not have to go far. It’s also important to receive all your medical treatment at once, so you have all the documentation and bills. While doing this, be on the lookout for any unnecessary treatments you may receive. This may be the doctors taking advantage of the fact that insurance will cover it.

But above all, always remember to document everything with photos or videos. These will serve as your evidence for the insurance adjuster and a court of law if it is taken there. Successfully receiving insurance compensation for a bodily injury claim can be a complex process to navigate. A lot of times, it depends on your state and its at-fault laws. Look at your state’s regulations regarding fault today to better prepare yourself for such insurance claims.