Driving in Chicago, The Things You Need to Know 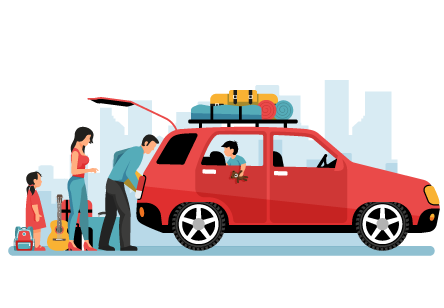 Driving in Chicago can sometimes feel like planning a picnic; you’re always checking for bad weather you’d hate to get caught in. In driving’s case, the bad weather is traffic that you wouldn’t want to get caught in while commuting to work. That’s why regular drivers tend to plan their commutes during certain hours when traffic isn’t as bad. Believe it or not, there are times when the road in Chicago does clear up. This guide discusses when those times are and when you should maybe take another method of transportation.

No commercial city would be complete without rush hour. You know, those times when everyone is on the road on their way to work or home. All expressways in Chicago are congested from the hours of 7 a.m. to 9 a.m. in the morning and 3 p.m. to 7 p.m. in the afternoon. Chicago has a lot of suburbs, and everyone is trying to get to and from work in the city at the same time. And, unlike the suburbs, more defensive driving is practiced in the city. Many of those working in the city make sure to pace their commute with rush hour to determine what time they should leave home in order to get to work on time.

It’s always a big deal when a Chicago sports team plays. People come from all over the country to see the Bulls, Blackhawks, Cubs, Sox, or Bears play. So naturally, on game day, there is going to be a bigger intake of traffic than usual. Soldiers Field, where the Bears play, causes traffic on Lake Shore Drive by the Loop. The United Center, where the Bulls and Blackhawks play, sees traffic on Madison during game days. Wrigley Field, where the Cubs play, causes the most congestion on the expressway and down Addison on the Northside. Guaranteed Rates Field, where the Sox play, is subject to track on the southbound expressway. The good news is that more attendees take other transportation like the train rather than drive. But, there will still be congestion on game days.

The Task of Parking in The City

It can be grueling at times to find something as simple as parking in Chicago. It’s not that spots are hard to find; it’s how much you’re willing to pay. It can be expensive, to say the least. There are free and cheap parking lots, but they may take some effort to find. There are times when parking garages do offer special event rates on certain occasions.

Chicago is the third-most populous city in the United States, so pedestrians are a regular part of driving around. It’s a habit of many to walk across the street when no cars are present, even if the light is green. At the same time, there’s also plenty of cyclists. Anyone can use a bike thanks to bike share services like Divvy. Some busy streets have bikes lanes; most cyclists just stick to the side of the road. The good news is that there aren’t any high-speed streets in the city, so you have some time to react to any aimless pedestrians and cyclists.

O’Hare International Airport is one of the busiest airports in the world. Midway Airport is another airport a lot of travelers use. There is always traffic during rush hours heading to and from O’Hare, so people with flights during those times have to plan accordingly. However, the CTA Elevated “L” has a line that goes directly into O’Hare.

Chicago is home to many unique and iconic forms of public transportation. Every picture or painting of the city features the CTA L trains in some form. The CTA has several lines and bus routes running all over the city. The Metra has trains that run through the suburbs. Divvy was previously mentioned, which has bike share stations all over as well. Even traveling the river by water taxi is an option, especially if you’re looking for the most scenic route. But, it never hurts to check how close your destination is; you may be able to walk. Enjoy your time in Chicago!