Driver’s License Points - Everything you need to know 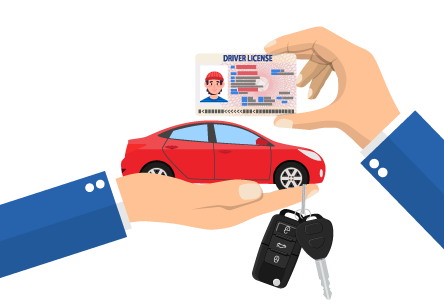 Think of driver’s license points the same way as golf -the lower the number of points, the better. Having several points on your driver’s license suggests that you have numerous traffic violations and are a high-risk driver to insure. These points will also increase your insurance premiums, and too many may result in your license being suspended altogether. In this post, we cover how the point system works, the penalties it entails, and what to do with points on your license.

How Does The Driver’s License Point System Work?

Many states, use the driver’s license point system. This, in turn, enables the insurance companies to look at any driver’s amount of points to assess how high their risk is as a driver is to insure. Points are assigned on a per offense basis, with each offense earning you a certain number of points. Points add up with each traffic violation, especially when they are in succession. Note that some offenses may result in more points than others, depending on severity. Consequences include being labeled as a high-risk driver, license suspension, increased insurance premiums, and a surcharge of your insurance policy.

You can obtain license points through the following violations:

What States Don’t Use a Point System?

While most states use a driver’s license point system, there are nine that do not. These states do not keep track of your points, but they do keep track of your traffic violations and accidents to monitor your risk and suspend your license if need be. These violations will still affect your insurance premiums.

States that don’t use the point system are:

How Many Points Result in a Suspension?

A license suspension because of a certain number of points doesn’t last forever, but how long it will be is determined by the number of points you have and how quickly you accumulated them. Every state manages and penalizes points differently, so a certain number of points in one state may not be as major as it would in another. Let’s use California as an example. A six-month license suspension can be due to accumulating four points in one year, six points in two years, and eight points in three years. A single violation can add anywhere from one to three points to your license.

How do Points Affect Insurance Rates?

Insurance companies have their own point system different from the state’s or DMV’s one. It functions the same, wherein your traffic violations will be monitored and rates adjusted accordingly. The most common cause for increased insurance rates is moving violations. These include reckless driving, speeding, illegal turns, DUIs, failure to stop, at-fault injuries, and property damage.

Yes, you can, and for free. Visit your state’s DMV website and enter your driver details to view your record or have it mailed to you. Some states may have fees in order to access your records online. You can also ask your insurance provider to send you a copy when it comes time to renew your policy.

Are There Tickets That Don’t Add Points?

Minor offenses and non-moving accidents generally won’t add points to your license. These can be such things as parking tickets or being pulled over due to a broken car light. While you will still have to pay a fine, your premiums will remain the same.

Is Texting While Driving a Traffic Violation That Adds Points?

Texting while behind the wheel is banned in several states and considered a moving violation in some. There are states that add points to your license if you receive a texting and driving ticket. Since it’s considered a moving violation, your premiums may also increase by an average of 23%. Every state adds a different amount of points for texting and driving violations. New York, for example, adds five points while Wisconsin adds four.

How Long do Points Stay on Your License?

In most states, points on your driving license from a lesser violation tend to stick around for two to three years. In some states like California, a major violation like a DUI can stay on your license for ten years. Sometimes, violations as serious as DUIs can result in your license being suspended immediately.

How Can You Lower Your Insurance Rates After Too Many Points?

After any traffic violation or accident, your insurance premiums will rise. For a lot of people, there is such thing as too high of premiums.

So, here are some ways you can lower your insurance rates after accumulating too many points on your license:

Can You Get License Points For Driving Something That Isn’t a Car?

In some states, yes. In Michigan, for example, you can have points added to your driver’s license for reckless driving on an off-road vehicle. Check your state’s point laws to see if this is the case for you.

When Would You Get Points For Not Wearing a Seatbelt?

Not wearing a seatbelt will normally not result in license points, but that changes when children are in the car. The line is drawn at age 16. So, if anyone under 16 is in your car and no one is wearing seat belts, that can add points to your license. What’s more, your premiums will rise around 3%.

This depends on the state. In some states, no points are added to a license after the driver runs a red light. If it is an officer who pulls you over after running a red light, you will most likely receive some points.

Have a few bumps in the road on your driving record? No worries, Insurance Navy takes on drivers of all risk levels to get them the coverage they need. Get an SR-22 quote online or phone us at 888-949-6289 to speak with an insurance expert.