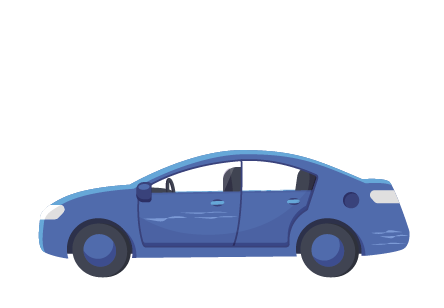 If you were to look through the different types of car insurance, you wouldn’t find a specific one called “ding and dent insurance.” Whether insurance will cover dings and dents is based on how the car got them in the first place –be it from an accident or impact to the car while it was parked. Because of this, full coverage will usually cover a ding or a dent to your car with coverages like collision and comprehensive.

At the same time, the damage of a ding or a dent varies. They can cause anywhere from $50 to $500 worth of damage and even more in worst cases. Whether or not you want to use your insurance to cover what can be basic damage to your car is your call, but there are some reasons why you could be hesitant. Not only do we look at the ideal car insurance for dings and dents, but also the appropriate times on when to use it.

Are Dings And Dents a Big Deal to Repair?

So, it all depends on how much money you’re willing to spend before invoking your insurance. Most drivers tend not to file a claim for ding and dent damage because the cost of repair is less than their deductible. It wouldn’t make sense to pay more for repairs to be covered by insurance when you can do it for less by yourself.

Is it Common For People to Cover Dents And Dings With Insurance?

As a refresher, your insurance deductible is the amount you personally pay to your insurer whenever you file a claim. Every type of insurance has a deductible that the policyholder sets.

Of course, that doesn’t mean that those over $500 don’t exist. Some repair shops charge differently than others. The rule of thumb is that if your insurance deductible is greater than the repair cost, then cover the dings and dents on your own. While money is coming out of your pocket, your insurance rates won’t change, and it’s much less of a headache than filing a claim. Most of all, you didn’t spend more than you should on simple cosmetic repairs.

Car insurance coverage is based on how the damage was done to the car, not the literal damage itself. Let’s look at the different types of car insurance to illustrate this:

How Common Are Dents And Dings?

You can imagine that such basic damage is common among drivers, but we really can’t know for sure. Dents and dings aren’t often reported to insurance companies or police, so data on them is nearly nonexistent. That’s a good sign, though. It shows that dings and dents weren’t serious issues and were easily taken care of out of pocket. However, for areas that see a lot of hail fall with more ongoing dent damage, those drivers may require insurance for it. Of course, you get the final say whether or not your file the claim.

Interested in getting affordable auto insurance coverage? You’ve come to the right place. Call Insurance Navy at 888-949-6289 or request your free auto insurance quote online today and see how low your rates could be.