Texting and Driving is Distracted Driving 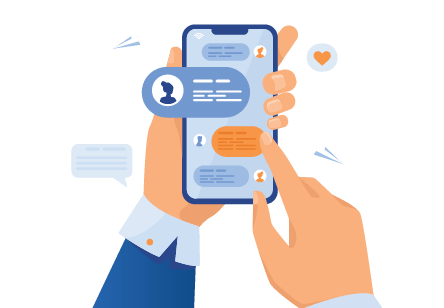 Texting and Driving is Distracted Driving

Remaining sober while driving your car is only half the battle when it comes to being a safe driver and avoiding driving crashes. It’s a lesson in automobile driving that’s been there as long as we could remember, “keep your eyes on the road.”

Distracted driving refers to any instances where your eyes, mind, and attention are off the road at any time and it’s referred to as one of those dangerous behaviors that may cause fatal crashes. It’s an enormous risk as taking your eyes or attention off the road makes drivers 400% more likely to become involved in auto accidents and fatal crashes. Some statistics say it can go as high as 600% in the United States. Honestly, the fact the percentage is over 100 says how enormous the risk is texting and driving or talking on a hand-held phone when driving your car.

The most prominent and serious cases of distracted driving and motor vehicle crashes are because of people texting on their mobile phones while driving their cars. Three years ago, there was a recorded 36,750 traffic deaths in the United States. 5.7% of these fatalities would be caused by talking on a hand-held phone when driving or texting and driving. It even accounts for those simply talking on the phone behind the wheel. Using a smartphone, whether to talk or text, takes a considerable amount of attention away from driving your car even if you use mobile phones in a hands-free manner.

Over the last 10 years, there has been an increase in texting and driving statistics for car accidents in the United States. Especially with the new makes and models of smartphones, people are even browsing the web or checking emails behind the wheel, causing every time more distracted driving crashes and severe injuries, due to these risky behaviors. Phones have effectively gone from personal communication devices to small personal computers.

Distracted driving claims thousands of lives annually in the United States, with a million more injuries at the same time. This kind of driving road accidents happen when drivers are distracted from the road in at least one way.

Here are the three ways drivers can be distracted when behind the wheel:

If you noticed, cell phone usage is present in three of these examples. This is why texting and driving is the most distracting type of driving even for more experienced drivers. Because it takes all of your attention-visual, manual, and cognitive off driving your car.

Why is texting and driving a serious offense?

Now, over 3,000 people die each year in fatal accidents caused by a texting driver in the United States-especially younger drivers. There are over 1.6 million crashes annually on account of texting and driving.

If the number of fatal car accidents due to driver distraction isn’t enough to convince you, then the simple fact is that distracted driving causes more car accidents than drunk driving and intoxicated drivers. Because when you’re drunk behind the wheel, your chances of getting into an accident don’t shoot up to 400%. However, the risk of road accidents is still significant.

And much like drunk driving, there may be different state distracted driving laws in the United States regarding driving while on the phone. 48 states are known to have regulations and penalties for handheld cell phone use while driving and texting and driving. Some outright ban answering a text while your car is in motion to preserve traffic safety and discourage handheld cell phone use.

There’s also been several mainstream organizations and campaigns that brought the message against texting and driving, and cell phone-related distraction in general, to the general public. Knowing not to drive while texting is as common knowledge as knowing not to get behind the wheel intoxicated. Yet, there are still a number of individuals who keep doing this dangerous activity while automobile driving and causing road accidents.

States are cracking down on texting while driving

Much like drunk driving, each state has its own laws when it comes to texting and driving or being distracted behind the wheel.

For the most part, 48 states have legislation against texting and driving to prevent distracted driving deaths. Missouri and Montana are the only states with little to no enforcement on the matter. Arizona is the latest to pass distracted driving laws. There are a number of states (19) in the United States that have altogether banned the use of handheld devices when driving. Illinois, New York, and California are some of these states banning handheld cell phone use. This only applies to handling a device with a hand(s) off the steering wheel. Answering on speakerphone and voice communication are allowed.

California is known for its more in-depth distracted driver laws. While the handheld devices ban still stands, they also have restrictions on all cases of distracted driving. If drivers were to be driving while visually, manually, or cognitively distracted for any reason, then they may be ticketed. Two years ago, California passed a new law that would include a mark on driving records for drivers found to be distracted. To have this mark removed, drivers must attend traffic school.

Due to the public nature of their professions, commercial drivers and school bus drivers are frequently subject to harsher fines.

How dangerous can texting and driving be?

Driving can be a task where every second matters. And when it comes to texting and driving, a second with your eyes off the road can instantly result in a distracted driving accident. By now, we’ve mentioned the massive risk-taking your focus off driving for even a second.

The statistics why that texting and driving is one of the most dangerous things a driver can do:

34% of young drivers admit to texting or using their phones while behind the wheel. Annual crashes continue to pass 1 million as a result. A survey from the Department of Transportation also showed that 94% of new drivers were educated about the dangers of a driver texting while driving thoroughly in what has become a regular part of driver’s education school.

Drivers may continue to text and drive due to the simple urge for a quick response or perhaps a dependency on their phone. Firstly, 9 out of 10 young drivers claim that when they receive emails, text messages, or phone calls, then they feel they must respond almost instantly. It’s a pressure some people feel to be timely with their responses. It helps to talk about it with other drivers who feel the same pressure. It’s not a unique feeling and not worth causing a car accident and maybe distracted driving fatality over.

Second to that is phone addiction. Phone addiction is best defined as simply not being able to function without checking your phone. Or, they’re simply always on it-at meals, meetings, and other times of social interaction.

Around 50% of young drivers claim to be addicted to their phones in some form-taking multiple looks an hour. Remember, your phone and notifications aren’t going anywhere. The fact that phones today are portable web browsers doesn’t help at all.

Another interesting statistic by the Centers for Disease Control and Prevention is showing why drivers continue to text and drive is that 77% of teens say that their parents text and drive themselves. That’s 77% of older drivers driving distracted essentially. With texting and driving affecting both age groups, there’s partial responsibility to lead by example to normalize the practice. 94% of drivers are in favor of laws against handheld cell phone use and any other handheld device use when driving.

What could a texting and driving accident do to my insurance premium?

If you were found to be distracted driving in the event of an accident, the liability would fall on you. Because of this, texting and driving can have adverse effects on your insurance rates. Your premiums can raise an average of 21.65% or $315. This charge can last on your policy for up to 3 years. The total cost can go up to $1,772. It’s similar to having a traffic violation.

The comparisons to drinking and driving have been nonstop. When it comes to state penalties and policing, texting and drinking behind the wheel are handled similarly by every Department of Transportation and insurance company. Insurance generally responds to both with premium increases. Because, above all, texting and drinking are preventable offenses on the drivers' part.

Despite that, texting and driving are more dangerous because:

Car traffic accidents continue to be the leading cause of death for teens and young drivers.

Regardless of the cause of fault, traffic accidents are responsible for the largest number of teenage drivers’ deaths. 5 years ago, the Department of Transportation statistics for those ages 16 to 19 killed in a car collision was over 2,000. That’s a large percentage of the annual average of 3,166 total drivers.

Meanwhile, hundreds of thousands of survivors are sent to intensive care facilities to treat their injuries. A study found that if a teen texts while driving, 10% of their driving time won’t even be spent in their lanes. At that point, so many other drivers become at risk just as you are. Despite that and the general knowledge that it isn’t safe, drivers continue to try their luck with hand-held cell phone use.

How do we prevent texting and driving in the car?

The message to not text and drive is as household as remembering to wear your seatbelt or not drive drunk. As with both those cases, there’s still a considerable percentage of people still doing it and causing distracted driving deaths. By now, you’re educated on who, why, how, and where.

Now, here are some things that will educate you on what to do not to text and drive and avoid cell phone-related distraction:

In the end, the objective is to save lives by driving with both hands on the steering wheel and eyes on the road. The statistics and figures on distracted driving may be enough to warrant a distracted driving fatality epidemic. But fortunately, with any epidemic comes a universal message of texting and driving prevention.

It shouldn’t take a collision for you to realize how vital car insurance can be. You never want to be caught driving without it. Reach out to Insurance Navy today to see how low your auto insurance rates could be. Call us today at 888-949-6289 or visit us online for your free car insurance quote. We make sure you get low-cost insurance with high-quality coverage.