Improper Seat Belt Use Can Cause Injuries 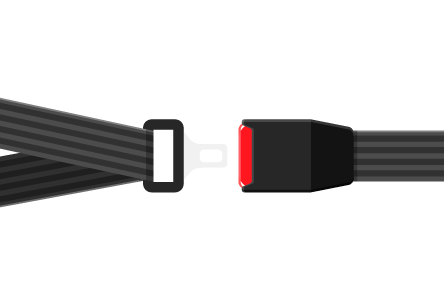 Seat belts save lives. It has been scientifically proven that wearing a seat belt can reduce your risk of injury. But wearing a seat belt alone does not ensure the safety of everyone in vehicle accidents. In rare cases, seat belts may actually exacerbate the damage they are intended to prevent. This does not, however, mean that you should not wear them. In most states, it is illegal to wear your seatbelt. A ticket is a worst-case scenario. You could get in an accident and suffer significant injuries, and your automobile insurance may be hesitant to pay compensation.

Given the fact that several seat belt-related injuries are usually minor, and even somewhat anticipated as a result of high-impact accidents, on rare occasions, wearing seat belts may result in significant injuries. The goal of a seat belt is to keep a moving driver or passenger restrained in the case of an emergency brake. It may protect passengers in a vehicle from death or permanent injury when used correctly; nevertheless, the risk exists that a seat belt intended to protect lives might end up causing damage. In addition to these, sudden vehicle moves or stops, seat belt failure, an incorrect belt placement, and a manufacturer’s error might result in injuries.

Injuries from a seat belt can be minor, owing to the fact that most impacts are considered minor and result only in bruising and scratches from the restraints. Lap belts may cause varying degrees of internal abdominal and spinal cord injuries, while shoulder belts have been known to inflict damage to the shoulder, neck, and sternum. Collarbone, sternum fractures, internal bleeding, and spine injuries are all possible consequences. However, because the speeds at which these collisions took place were extremely high, the outcome would be certain death without the use of a seat belt.

The proper way to wear a seatbelt is across your chest with the shoulder belt away from your neck and the waist belt around but your waist. They shouldn’t be so tight to the point that you would be unable to move. Typically, injuries can be attributed to flaws when it was built, such as a design mistake or an error in manufacturing, which results in the belt failing to function as expected. A seatbelt coming unclasped is another typical problem. Some of the most prevalent seat belt issues are clasp malfunctions or tension detectors that do not maintain the belt taut after it is no longer needed. A clasp failure might allow for free movement of the seatbelt, potentially releasing slack. A seatbelt can save your life in an accident, so you never want to overlook it.

Shopping around is an important part of getting auto insurance. That’s why Insurance Navy lets you compare cheap car insurance quotes online or over the phone. Get a free auto insurance quote with us today. Call us at 888-949-6289, or feel free to stop in at one of our many locations. Quotes are also available online in just minutes. Don’t just settle for any provider when it comes to car insurance.