How Long Does an Accident Stay on Your Record? 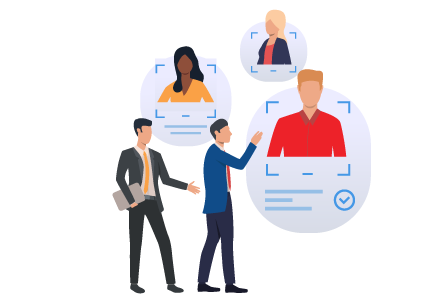 The good news is that neither the accident on your record or your high premiums last forever. But how long will it stay on your record? And, how much is your premium before and after? This guide to driving record marks and car insurance rates answers these questions and more.

What Is The Relationship Between Accidents And Car Insurance?

It’s everything, actually. When an accident occurs, car insurance is called on to be the first line of financial defense. They handle your accident claims and provide a payout for your active policies, as long as you pay your rates. The amount of accident claims you file is directly proportional to how much you pay monthly for insurance. Because you have gotten into an accident, the insurance company may come to expect this kind of driving from you and raise your premiums.

However, drivers can sometimes prove their providers wrong by practicing safe driving or taking a driving course. These are just a couple of measures you can take to lower your premiums. Having an accident on your record within five years of buying new car insurance has the same effect even though you haven’t filed a claim through them. So, it’s an ongoing task of keeping your rates affordable.

How Does an Accident Appear on Your Driving Record?

Every driver with a license and registration in the United States has a motor vehicle record or MVR. This record isn’t attached to the car you drive, but to your driver’s license, so it follows you wherever you go. Your MVR keeps track of all the accidents and traffic violations. Even something as simple as a speeding ticket will show up. However, when a certain markup appears is based on how severe the violation was.

How Long Will an Accident be on a Driving Record?

The severity of the violation is just one thing that determines how long it will remain on your record. It also differs from state to state. What’s more, each state also has a different practice for how many years back on someone’s driver’s license they look at. An example would be that Massachusetts doesn’t look any more than six years on a potential policyholder’s record, while New York may only look at three years or less. In most states, though, an accident or violation usually stays on a driver’s record from anywhere from three to five years. However, something as major as a hit-and-run or a DUI will stay on for 10 years.

Does it Matter if The Accident Was Your Fault?

Accidents of any nature will appear on your driving record, even if it wasn’t your fault. At the same time, it will have an effect on your insurance rates. It’s unfortunate, but even if your insurance provider looks at the police report and sees that you legally didn’t cause an accident, your rates may see an increase of up to 17%. However, check your state to see if it has laws in place which prevent insurance rates from increasing after an accident where you aren’t at fault. Suppose you wish to avoid accidents with other drivers by taking a defensive driving course. Not only is it a great way to be a safe driver, but it also helps you be aware of other drivers on the road. Another option you have is to check with your insurance provider to see if they offer accident forgiveness.

How Can You Lower Your Insurance Rates After an Accident?

While the passage of time is the only resolution for accidents markups on your driving record, you can do some things to help lower your insurance rates after an accident causes them to rise. In addition to accident forgiveness, there may be other discounts you qualify for. You could even be able to tailor your auto policy to suit your budget until the rates return to normal.

Here are ways you can lower your car insurance rates:

Besides a Collision, What Else Affects Your Rates?

A collision on your driving record will be one of many things that an insurance company will look at when determining your rates. Factors can range from driving habits to vehicle type to personal factors.

Here’s what to be mindful of when looking at auto insurance costs because providers sure will be:

How Long Does a Specific Accident Stay on Your Driving History?

You now have a more than general knowledge of car insurance rates and their relation to an accident, and by an extent, how long it will stay on someone’s driving record (three to five years).

The best way to close out this post is with a list of specific accidents and traffic violations:

Even if you have a less than favorable driving record, Insurance Navy can help you find affordable auto insurance. Get a free car insurance quote online or call us at 888-949-6289.