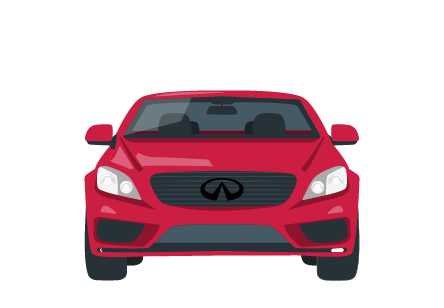 From 2003 to 2008, the Infiniti G35 was one of the premier cars of Nissan’s Infinity G-Series. The G35 was Nissan’s entry into the luxury car market to compete with the likes of Mercedes and BMW. Excellent safety ratings and features make this compact executive car one of the most economical to buy car insurance for.

What is a Nissan Infiniti G35?

Today, Infiniti G35s are found preowned from dealers and private sellers because they haven’t been produced since 2008. Still, they remain one of the safest and most reliable vehicles to date.

The G35 comes in both sedan and coupe variants with a 3.5-liter V6 engine. Other great features include the five and 5-speed automatic transmission with sports shift and 6-speed manual transmission.

Of course, it was also known for its safety with four to five-star ratings and an appearance on the Car and Driver’s Top Ten List the first year it was on the market. The G35 also boasts backseat room and smooth handling.

The annual regular maintenance cost for a G35 is estimated at $374.

The 2005 second generation of the G35 saw a major overhaul of dashboard and brake features. After the G35 was discontinued, the G37 would carry the torch as Nissan’s new luxury class sedan and coupe. The Infiniti Q50 was supposed to take the place of the Infiniti G, however starting with the 2015 model year, the G37 was resurrected as the Q40.

Other safety features of the Infiniti G35 include:

How Much Does Car Insurance For a Nissan Infiniti G35 Cost?

In short, a Nissan Infiniti G35 can cost anywhere from $100 to $150 a month or $1,200 to $1,300 annually to insure. Compared to the national average of $1,231, it’s right in the ballpark. Even though an Infiniti G35 can cost about $31,450, its modest cost to insure is because of its safety features. Car insurance providers will never hesitate to underwrite a policy for an Infiniti G35. In fact, they may even be willing to cut you some discounts.

The answer is the same way that every other car insurance policy is –based on a number of factors. This process isn’t unique to drivers of Infiniti G35s.

During the car insurance quoting process, insurers will look at:

Are There Insurance Discounts For a Nissan Infiniti G35?

Car insurance discounts are also pretty universal among policyholders. All they need to do is qualify for them.

How Safe is a Nissan Infiniti G35?

The Nissan Infiniti G35’s modest insurance cost is partially based on its safety features and reliability. Some of these features include stability controls, traction control, four-wheel drive, and anti-lock brakes. Even though it wasn’t on the market for that long, the Infiniti G35 still has its place in automotive history.

If you’re not with Insurance Navy, you’re most likely paying too much for car insurance. Stop breaking the break for coverage and get a free auto insurance quote with us. Call us at 888-949-6289 or get a quote online via our website and mobile app. We are also available to help in person at one of our many storefront locations. Good insurance doesn’t need to come with a steep price. Let Insurance Navy help.