Does Car Insurance go Down at 25 Years Old? 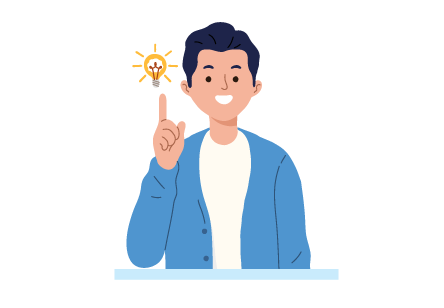 In the world of car insurance, there are a ton of factors that providers use to judge the risk of insuring a given driver and their vehicle. This can be something as basic as your age or something more specific like your car’s make and model. As such, everyone’s car insurance rates or what they pay on a monthly basis is different, and the averages which they are based on are very loose. The older and more experienced a driver gets, the more their rates will decrease is the standard practice. The question a lot of people have is at what age do we begin to see those premium decreases? The short answer is around the age of 25. But why the quarter-century mark? This post explores everything related to the correlation between auto insurance rates and drivers 25 or older.

The keyword here is “risk.” Several personal and auto factors tie into your overall risk, which an insurance provider will use to set your rates. This could mean the chances of you filing a claim are higher.

Insurance providers will determine your risk based on:

Why Are Car Insurance Premiums so High For Drivers Under 25?

It’s typical that when a teen prepares for their driving certification test, their parents prepare for a hike in insurance rates. As previously stated, new drivers are subject to the highest auto rates due to their lack of driving history or record. This can even apply to drivers over 25 who never took their driving test and got their license. Even so, a new older driver will still have slightly lower rates than new younger drivers, especially those under 25.

This is also based on statistics and facts. The Insurance Information Institute did a study in 2018 that found that drivers aged 16-20 died in more traffic fatalities than any other age group. This is largely due to inexperience, alcohol consumption, unworn seatbelts, speeding, and texting while driving. During the same year, the National Highway Traffic Safety Administration reported that 2,121 fatalities related to teen drivers.

How Much Does Car Insurance Cost For Those Under 25?

The average cost for insurance varies across the board. It depends on the state and how much coverage the policyholder buys. For the sake of simplicity, we’ll talk about basic coverage, which nearly every state requires its drivers to carry. The average annual rate for car insurance is anywhere from $1,300 to $1,800. That is around $144-$138 a month. This assumes that the driver has been licensed for a considerable amount of time and has a tangible driving record with little to no markups.

Now, let’s look at the numbers associated with teen drivers. Let’s say that an 18-year-old driver is insured with basic coverage. The monthly rate for a driver that young would be around $598 for an annual premium of $7,179. Already, you can see how this age group is considered to be the most expensive to insure. At age 19, the young driver will then see an annual premium of $6,021 -given that they practice safe driving and file no claims within that year. At 20, the premium decreases by 11% to about $5,333. If no claims are filed, or accidents are reported, then by the age of 25, the driver will have their annual premium set to $3,207. This is the average rate for drivers 25 and older.

Do Drivers Under 25 Have Basic or Full Car Insurance?

Firstly, basic car insurance coverage refers to having only the liability coverage your state requires. 48 out of 50 states have their own coverage limits for how much their drivers should carry. This auto coverage pays for injuries you cause to another driver while out on the road -a pretty legal practice. Full car insurance refers to the addition of a collision and comprehensive policy. Collision covers damage to your own car while comprehensive does the same, but only when the car isn’t being used. In the case of an average driver, full insurance costs up to $200 a month or a $2,399 annual premium -at least $700 more than a standard coverage. From that alone, you may have an idea how expensive it can be for new drivers under 25. Because of this, many new drivers hold off full coverage until they have a couple more years of driving experience.

How Does Car Insurance For Young Males And Females 25 And Under Differ by Year?

As previously mentioned, women pay less for car insurance than men because they are seen as less risky to insure. This is backed up by statistics wherein men are more likely to get involved in an auto collision. Now that we’ve seen the difference in rates an average driver would pay in comparison to a new driver under 25, let’s talk about how those drivers under 25 compare to each other based on sex.

Let’s take a look at the different younger age groups and see how the two sexes measure up in terms of rates:

How Much Exactly Will Insurance Drop When a Driver Turns 25?

By now, you’ve seen that if all goes right and safe driving is practiced, a driver turning 25 can see their insurance rates decrease by nearly $5,000 over the years. Within three years, auto insurance rates can decrease as much as $700 dollars. At the same time, you’ve probably noticed how the larger premium decreases are when the driver is younger. Around the time they turn 21, the rates do continue to decrease but in smaller amounts. An example would be the 17% decrease from $5,333 to $4,453 when a driver turns 21 in comparison to the 7% decrease from $4,128 to $3,840 when a driver turns 23.

What Are Reasons Why Car Insurance Premiums Don’t Change or Increase?

There are also a number of reasons why your car insurance premiums don’t decrease by the time you turn 25. For the most part, a lot of the reasons are the opposite of the previously mentioned reasons for a rate decrease.

Reasons why your rates don’t decrease:

What Can You do to Decrease Your Auto Insurance Premium?

The best part of any guide is the tips and tricks, and this is the time when they are offered. Perhaps you want to know about some other ways to decrease your auto insurance rates that aren’t the passage of time.

Here are some ways to save on auto rates for young or new drivers:

Where Should You go For The Best Auto Insurance Premiums For Drivers Under 25?

Nine major insurance providers have been named the best for new drivers under 25 -Progressive, Liberty Mutual, Allstate, Metromile, Esurance, Travelers, USAA, State Farm, and Geico. But sometimes, the best rates come from the smaller, localized names. Referring to the previous section, shop around for new driver insurance. Auto insurance requires some comparing and contrasting as providers everywhere price their policies differently. Insurance Navy provides excellent rates and coverage for all drivers. Get an auto insurance quote online or visit one of our convenient locations nationwide.