The Best Motorcycle Rides in America 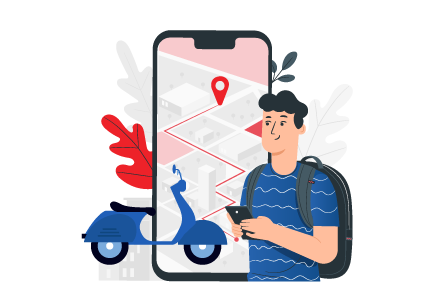 What’s your favorite kind of motorcycle ride? Is it the kind where you’re just speeding down a straightway, past barren forests and land, or the kind that challenges you with turns, so you have to take your time while taking in the mountains and valleys? The cultural sites in the United States should include its roads because there are so many different and beautiful routes to travel by.

If there’s one thing this country is known for, it’s its various biomes. One day you may be driving on a straight desert road, then another through a forest, and another over mountain ranges and canyons. Of course, there are also plenty of bike routes around the coasts.

This guide takes you state by state and showcases the best places to ride your motorcycle. Where will you go? The Western United States with its coastal runs and temperate forest and canyons. The Central States with seasonal routes through mountains and plains? Or, the Eastern United States surrounded by a mountain range and freshwater runs? Let’s take a look at the specific routes and roads these states offer and what makes them so unique.

There are some incredible roads in the state of California. The state has incredibly diverse with its scenery with the West Coast, mountains, and valleys. There are also a couple of lakes nestled within them along the way.

Here are some of the best places to take your motorcycle to in California:

Arizona is among the most rural states, with its southern region being desert canyons and its northern being temperate with woods in some areas. While it’s not as big as California, there are some roads worth taking your motorcycle on.

Two of the best roads in Arizona for motorbiking are:

Texas is a fun place to bring your motorcycle in terms of roadside destinations and challenging roads along the countryside. The old U.S. Route 66 is seemingly alive and well here as bikers frequent the Panhandle going cross-state.

Noteworthy motorcycle routes to take in Texas are:

Yet another beautiful, scenic state, nearly all of Colorado’s cities are nestled in the Rocky Mountains. If you’re ever looking for a high-altitude, grand, and temperate nature-orientated motorcycle route, then a trip to Colorado should be on your to-do list. Rivers, canyons, and mountains are waiting for you to discover.

Notable motorcycle roads in Colorado are:

Arkansas is home to such destinations as the Ozark Mountains and the Buffalo National River. Several rivers, lakes, and other bodies of water add life to the greenery all around. The warm climate of Louisiana to the south gives way for a more subtropical climate in Arkansas.

Notable roads to take your motorcycle on are:

The State of Oregon is a lot like California except far more green. The rolling hills and mountains seem to only get bigger the further North you go. The best part is that all of Oregon’s cities are close to a nature reserve or national park, even Portland. Being one of the more rural West Coast states, you can expect their motorcycle routes to run at least 50 miles. But, Oregon weather can change within a minute so prepare for rainfall at any moment.

The Southern States have a climate like the West Coast that allows motorcycling all year round. The Southeastern region of Tennessee and Virginia have several cross-state roads that can easily accommodate a rider and their cycle. Green mountain valleys and rivers are the main features of most of the routes through Tennessee, and there are different ways to experience it based on biking expertise.

Motorcyclists should check out the following when in Tennessee:

Utah is the best of both worlds, with hot desert summers and flurry cold winters. Visitors come all year round to ski or visit the forest and nature preserves. Zion and Bryce Canyon are some of the most visited in the state. Motorcyclists can also find something to do with the several State Routes to ride up and down.

The best roads for motorcycling in Utah are:

Green mountain ranges and rocky badlands make up the two sections of Montana. With all this rural countryside, you can bet that they have some good motorcycle trails and roads. Several bikers proclaim that Montana is one of the top three best states for motorcycles.

Roads they often visit are:

There’s the Rockies; then there’s the Appalachian Mountains in the Southeastern states. Virginia is the hub of mountains on the other side of the country. Western Virginia also functions as a companion piece when visiting the valley towns and destinations.

Mountainous motorcycle roads in Virginia include:

Other Roads Worth Mentioning

If you’re not near the states previously mentioned, here are a couple of examples of great motorcycle roads in other states that tend to fly under the radar.

While you may not be able to ride all year round in states like New York, Michigan, or Illinois, there are a couple of roads worth hitting up during the summer and spring on your bike:

What Is The Best Motorcycle Insurance?

We’ll wrap this travel guide up with some pointers about motorcycle insurance. If you’re a proud motorcycle owner, then you understand how important having coverage for it really is. Just like car insurance, motorcycle insurance offers damage and injury compensation should you get into an accident while riding. As a rider, you’re more likely to get into an accident or experience trouble than someone in a car. In fact, you may even be charged a higher premium for your life insurance because of your riding habits. With cycle insurance, you can ride with peace of mind that you will be covered if your bike is damaged or you are injured. Medical costs from car accidents can be high. With no real safety features on a motorcycle, you may need more treatment. You wouldn’t want to be on the line for those lasting payments. Shop around and get motorcycle insurance quotes for your motorcycle today from Insurance Navy!