How Much Does SR22 Insurance Cost? 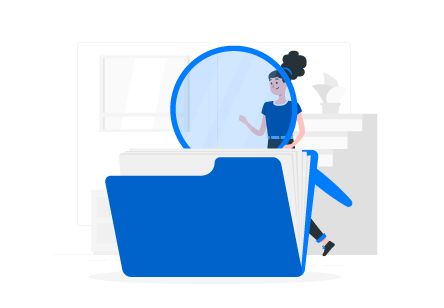 SR22 coverage and costs vary depending on the state you live in. SR22s costs and procedures are consistent across the map. SR22 can go by the names SR22 certification or SR22 insurance more commonly.

Certification is the more proper name because an SR22 doesn’t provide auto insurance itself. Rather it certifies that the holder has the state’s minimum required insurance coverage limits. This is filed with the insurance company or providers then submitted by them to the Department of Motor Vehicles (DMV). It’s also proof that you have financial responsibility for it -like a receipt of your current auto insurance policy.

An SR22 is typically used by drivers without the proper insurance, unregistered vehicle plates, and those with traffic violations or a major violation like a DUI.

What is SR22 Coverage?

An SR22 isn’t a type of auto insurance policy. It’s just a form of paper that says you do have an insurance policy in the simplest of terms. The SR22 comes from the same insurance company from which you got your coverage. You would have to buy at least the minimum required coverage limits before the company issues you the SR22 certificate.

Once the SR22 is certified, the insurance company will then file it with the DMV. This is strictly between them as a customer can forge documents or commit insurance fraud. When an SR22 is concerned, it lets all involved parties know that the driver is high-risk.

SR22 certification is only used when there has been a major or series of driving violations on the driver’s part. This can be due to a driver’s history full of insurance claims due to accidents and even a single DUI. Driving under the influence can immediately lead to being labeled as a high-risk driver. You’ll be lucky to get out of one with just increased insurance rates.

A DUI is the most common cause for an SR22 filing because the Department of Motor Vehicles will be in the loop of such an offense. They can just as easily suspend your license as your insurance providers can cancel your policy. You can be without insurance, a license, or both, and that is what SR22 coverage is for.

When is SR22 Required?

An SR22 is normally required in circumstances where your driver’s license and/or auto insurance is compromised due to a major driving conviction or series of driving violations. DUIs, or driving under the influence, is the most common reason for one.

How Much Does an SR22 Cost?

SR22 costs vary between the insurance companies issuing them and the state where you live. Costs can also depend on personal factors such as driving history, age, driving experience, and marital status. You would be looking at a cost anywhere between $300 to $800. More often than not, insurance companies aren’t generous when it comes to low SR22 costs. However, local rather than national names will have better deals. The insurance rates for a driver carrying an SR22 won’t exactly be cheap either, with the higher rates for a higher-risk driver.

In addition to the SR22 cost alone, there are also a couple of miscellaneous fees from the DMV and insurance providers. The DMV charges a driver’s license reinstatement fee of around $125. Insurance companies also charge SR22 filing fees anywhere between $25 to $50. The expenses don’t end there. As a high-risk driver, in the eyes of an insurance provider, they will charge you higher premiums and may even request you pay for your policy upfront at once rather than in annual or monthly payments.

How Do You Obtain SR22 Auto Insurance?

Let’s say that you had your license suspended and your providers canceled your insurance policy. Right off the bat, you can’t drive for two reasons; you’re legally unable to, and your car is uninsured. In order to continue driving, the DMV will order to obtain an SR22. You can take this time to look for a new insurance company if you no longer feel your current one will cut it. Regardless of what insurance company you go with, they will still have to know about your recent accident(s), as is made clear by your request for an SR22. Right off the bat, they will associate you as a high-risk driver, so it helps to go with an insurance company that is already familiar with you. However, there are insurers that pride themselves on their SR22s.

Once you’ve reached out to an insurer with SR22s, here is what to do next and what will happen:

How Long is SR22 Insurance Required?

As previously mentioned, the DMV requires active SR22s to be kept on file for at least three years after the DUI was issued. Some states may require that it stay on file for five years. The filing is done by the insurance provider for the DMV while the policyholder maintains the exact coverage they bought during the license suspension. So, the policy shouldn’t be dropped or canceled. If that occurs, then a new policy and new SR22 must be bought and filed. If not, the driver’s license will be suspended again. Once the period of time passes, the DMV will approve removing the SR22 from your policy.

How to Find The Best Insurance Company Offering SR22 Insurance

If you feel like you need to find a new insurance provider after your former one cancels your policy, you’re more than able to shop around with local and national names. More often, local providers have specialized SR22 certifications for any driver looking to get back on the road after a license suspension, court date, and something as serious as a DUI. You can also compare quotes on basic coverage from provider to provider to get an idea of how much you will be paying. Regardless, they must always be made aware of why you need an SR22 in the first place or what makes you a high-risk driver. Your rates won’t be the lowest around, but you’ll be able to drive legally in no time.

Get Coverage today with Insurance Navy

A positive take away from a DUI or license suspension is that you are able to choose another insurance provider if need be. While you do have to get an SR22 from the same provider, you can choose another company for your needs. It’s not out of the ordinary for insurance companies to be visited by drivers with suspended licenses in need of SR22. In fact, some have specialized services in such. Insurance Navy is one of those providers. The fastest-growing insurance agency has a fast way to get back on the road after a license suspension with their SR22 insurance for both owners and nonowners. Call or visit to receive your free quote today.