Insurance Navy has over 20 years of expertise helping customers pick the finest auto insurance policy for their needs. We've been recognized as one of the Top 10 Most Complaint-Free Insurance Companies for our commitment to delivering thorough care and keeping insurance protection guarantees we make. We are here for you 24 hours a day, seven days a week, in the event of an emergency. Where ever you live, there may be auto insurance requirements, and we believe that following the law shouldn't be expensive with our low-cost auto coverage. 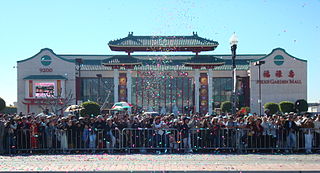 Even if we don't have an office in Westminster, Insurance Navy is a great choice for consumers searching for low-cost auto insurance. We have on-staff qualified professionals that can guarantee that you and your loved one are secure since their charges reflect your present financial status, from SR-22 insurance to house or vehicle coverage, so there's no doubt what you need.

Westminster Car Insurance You Can Trust

The Insurance Navy is a well-known provider of insurance in the Midwest and is pleased to provide those services to the Pacific coast. We recognize how difficult it may be to choose among so many various sorts and degrees of protection available today. You can reach out to us directly, and we'll be happy to answer any questions you may have regarding how Insurance Navy has helped families like yours in meeting all of your demands from a single dependable source. We have multilingual representatives who will gladly assist you with whatever queries you may have.

A Look Into Westminster

If there is anything that the city of Westminster is known for, it’s the Vietnamese American community. During the 80s there was an exodus of refugees who settled in the Little Saigon district. One of the city’s landmarks is actually a statue of Trần Hưng Đạo, an ancient Vietnamese royal policeman. Locally, Westminster has a mall with over 180 stores that have been in operation since the 70s. At the same time, the Westminster School District is the largest employer in the area.

Getting Westminster Car Insurance is Easy with Insurance Navy!

Car Insurance in Westminster CA is only a click away.