Insurance Navy has helped families with affordable auto insurance, SR-22, renters coverage, and homeowners insurance for over 15 years. Our motto has always been to have our customers feel like they have a naval fleet of supportive agents to offer them the best in affordability, especially when it comes to car insurance in West Dundee. 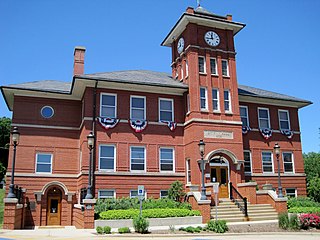 Our variety of car insurance packages provides the right amount of flexibility to fit your budget needs. No matter if you are a first-time car or homeowner or maybe owned several before coming to Insurance Navy, we offer better coverage and rates than our leading competitor for car insurance in West Dundee.

Suppose you happen to live in West Dundee or its surrounding areas of Carpentersville, Gilberts, Sleepy Hollow or Sutton. In that case, you can contact our auto insurance company for a variety of reasons: for the best and fastest quotes on car insurance, questions about your rates, and any concerns you might have regarding your auto insurance in West Dundee.

West Dundee Car Insurance Near Me

At all times, drivers of vehicles registered in the state of Illinois must keep a copy of their insurance card on their person while driving.

If you're stopped and unable to produce proof of insurance, you'll be expected to present it in court. You'll be fined $100 if you don't have valid car insurance. There are several critical insurance prerequisites for Illinois drivers with the minimum required coverage:

It's non-negotiable that you have liability insurance. If you decide not to purchase uninsured motorist coverage, you can. Of course, we do not condone such behavior, especially since 13.7% of drivers in Illinois are uninsured, according to estimates.

Collision, comprehensive, and gap insurance are all examples of optional coverages that may be included in your auto policy. Of course, comprehensive and collision coverage are also available. Although comprehensive coverage includes "acts of God" and other matters beyond a person's control, such as fire or flood, it does not cover medical costs or damage from a collision. Collision coverage protects you against property damage caused by collisions, regardless of who's at fault, including hit-and-runs and other incidents. It does not, however, cover “Acts of God.”

Give us a call today about your car insurance coverage needs in West Dundee. Our customer service representatives are waiting eagerly by the phone. We look forward to speaking with you.

In 1835 John and Nancy Oatman establish a watering hole and general store, which became the hub of the town. There were other settlers who came to the area in 1837, and they held a lottery to choose a name for the town. Alexander Gardiner won and named the town Dundee in honor of his hometown, with which West Dundee is now sister cities. Allan Pinkerton, the famous detective, set up business as a cooper in 1843. The town was incorporated in 1887..

Dundee was hemmed in from development for years until the gap around the river was filled with new shops, hotels and housing. The Fox River is a body of water that naturally forms an eastern barrier in the the town. The D. Hill Nursery, founded by William Hill in 1855 and located to the north and west of the garden, specialized in fruit trees. The business grew and they started selling plants on an ever-increasing scale. They exported some of the plants to Chicago for the World's Columbian Exposition in 1893. To survive the Great Depression, the nursery expanded to 900 acres and started a cattle feed operation. The cattle feed assisted the nursery throughout World War II. In the early 1900s, thousands of seasonal workers would travel to work from Chicago by electric rail. A majority of them lived on the nursery grounds.

Hill Properties is a sizeable landowner in the region and in the 1950s sold off a small piece of their property to form the Highlands subdivision. This became part of West Dundee when it was annexed in 1956. The community also annexed Royal Lane and the Old World subdivision in 1960. The nursery eventually sold all output of its land and moved to McHenry County. Construction on the Spring Hill Mall on Hill's land began in 1973, and it was completed in 1980. The West Dundee mall was built in 1981 &amp; houses more than 1.1 million-square-foot space. Its retail sales have helped boost West Dundee's economy and created about 1800 jobs by 1982. New subdivisions have been built to the west of Spring Hill Mall.

West Dundee has managed to maintain its small-town feeling with a population of 7,331 (2010 Census data). There are several designated historical sites in downtown and its surrounding residential neighborhood. Restored buildings include structures reported to have provided refuges for slaves on the Underground Railroad. There are parts of downtown West Dundee that are included in the Dundee Township Historic District that is on the National Register of Historic Places.

Getting West Dundee Car Insurance is Easy with Insurance Navy!

Car Insurance in West Dundee IL is only a click away.