Insurance Navy is a family-owned and managed business with more than 20 years of expertise assisting customers in selecting the auto insurance policy that best meets their needs. We were named one of the Top 10 Most Complaint-Free Insurance Companies for our unwavering commitment to providing complete care and keeping every client fully informed about their insurance protection promises. If tragedy strikes, we are here for you 24 hours a day, seven days a week. We think that you should be treated as if you were part of the family. 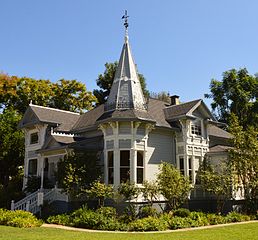 Consumers may discover that Insurance Navy is the best choice for them when it comes to obtaining inexpensive vehicle insurance, even if we don't have a location in your area. Our specialists are highly experienced, and we give competitive charges that match your current financial position - from SR-22 insurance to house or auto coverage, so there's no confusion about what you need.

Tustin Insurance You Can Trust

Insurance Navy is a prominent insurance provider in the Chicago region, and it is pleased to extend those services to the west coast. We realize that it can be difficult to choose among so many various types and levels of insurance presently available. Our team has a wide range of experience in the insurance industry, as well as seasoned expertise with personal injury claims. We have multilingual employees that can answer any questions you may have regarding how Insurance Navy has served families like yours and covered all of your needs from a single, dependable supplier with high-quality service.

A Look Into Tustin

Tustin is located within the Los Angeles metropolitan area and right next to Santa Ana. The city has a Main Street straight from the 1950s. The Market Place that has been around since the late 80s, is also a popular Tustin destination. Old Towe Tustin is another popular historic destination, along with the Automotive Museum. The local unified school district is the town’s largest employer. As of recently, the old Marine Corps Air Station land is now the site for a new planned community called Tustin Legacy.

Tustin has a population of 79,863 according to the United States Census Bureau as of 2019 and an owner-occupied housing rate of 49.7%.