Insurance Navy can help you protect yourself from the risks of everyday life. From auto insurance and SR-22 to motorcycle coverage and home insurance, we have your back. Our experienced Terre Haute agents are here to match you with a plan that suits your needs for decades. Contact us today so we can get started on protecting you and your vehicle in just minutes. 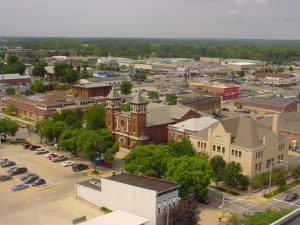 The staff at Insurance Navy Brokers understands that you're looking for more than just liability when it comes to your car insurance. That's why we have options available and the friendly people of our team are always willing and able to answer any questions about these plans before signing on with us. From start to finish, we make sure each customer gets personalized attention in order give you the best experience possible while searching for auto insurance - even during initial contact! If trustworthiness is a priority when selecting an insurer, then look no further, because this company has been operating and helping customers for over 30 years.

We are a family-owned, bilingual company that is dedicated to providing you with the best possible customer service. We have bilingual staff to answer your questions or help you with any needs; our rates are affordable for everyone. Our community-minded approach won us the Better Business Bureau’s Complaint Free Award. Let InsuranceNavy help impact our community today by using personalized service.

A Look Into Terre Haute

Terre Haute is a city above the Wabash River, located in Central Indiana. The name 'Terre' means "highland" which was most likely given to reference its location and elevation over the waterway. The city is home to Indiana State University and it is often referred to as “the Capital of the Wabash Valley” for being one stop away from Indianapolis on Interstate 70.

Public transportation is a great option for those looking to enjoy the many benefits of living in Terre Haute. Residents and visitors can use the public bus service which operates throughout Indianapolis or get there even faster by driving through I-70. There's also an airport located right in the area.