Insurance Navy is a family-owned and veteran insurance business with over 20 years of expertise assisting clients in selecting the best auto insurance coverage for them. For our commitment to providing every customer with complete care and keeping the insurance protection promises we make, we've been recognized as one of the Top 10 Most Complaint-Free Insurance Companies. If tragedy strikes, we are available 24 hours a day, seven days a week. We feel that you should be treated as if you were part of our family. 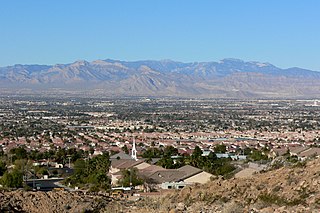 In Sunrise Manor and the neighboring towns, Insurance Navy is an excellent alternative for customers looking for low-cost automobile insurance. We have competent professionals on staff to ensure that you and your loved one are comfortable in the knowledge that they provide fair pricing that is consistent with your present financial status, from SR-22 insurance to house or auto coverage, so there's never doubting what you need.

Insurance Navy is a huge auto insurance provider in the West Coast, and it's pleased to extend those services to Nevada and the Western United States. We understand how difficult it is to choose between so many various sorts and levels of protection available now. We have multilingual employees that can answer any questions you may have about how Insurance Navy has been assisting families like yours in covering all of your demands from a single, reliable supplier with exceptional service.

A Look Into Sunrise Manor

Sunrise Manors is one of the unincorporated towns close by Las Vegas, East specifically. The town is overlooked by the Frenchman Mountain and home to the Las Vegas Nevada Temple of The Church of Jesus Christ of Latter-day Saints. Several high schools also serve the area. Some residents make a case for incorporation, while others believe it’s unnecessary.

Several shuttles from the Strip travel to and from Sunrise Manor. There are some select bus routes around town, too, but they aren’t mainstream—the Las Vegas Monorail services Sunrise Manor as one of the unincorporated communities by Vegas.