Insurance Navy is here to help you find the best car insurance rates and other insurance services for your needs. We proudly assist individuals all over the Chicago region since 2005. We have knowledgeable and adaptable brokers with extensive industry expertise. We have lawyers, agents, and consultants on staff who can assist you in selecting the best insurance policy for your needs. They're here to help you pick the appropriate insurance coverage. 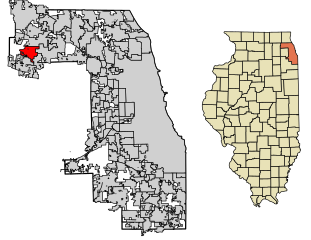 Insurance Navy is dedicated to offering great, low-cost auto insurance to clients. We believe in a customer-focused approach to business and are always happy to answer any questions you may have before putting your signature on the dotted line! We aim for individualized service from beginning to end, meeting your specific needs as well as those of our company's policies in order to ensure that you receive the greatest possible automobile insurance search experience.

Streamwood Insurance You Can Trust

Many people, even in Streamwood, are seeking the finest insurance provider to safeguard their families and assets. Insurance Navy is a bilingual, community-minded firm that has won accolades from the Better Business Bureau due to its exceptional client service as well as reasonable prices.

A Look Into Streamwood

Streamwood is located alongside Bartlett and Hanover Park in what is known as the Tri-Village area in the northwest suburbs of Chicago. The town has also completed construction on a new shopping center by Route 59 and 19 called the Sutton Park Shopping Center. Streamwood is also an interfaith community with ten churches, a mosque, and the Swaminarayan Temple. The town is served by Elgin Area School District U46.

The closest Metra train stations, which are closest to Streamwood, are the Bartlett and Hanover Park.