For the best rates on car insurance, call Insurance Navy today! Our experts have years of experience in this industry and will ensure that you can rest assured knowing we provide competitively priced SR-22's for those from Skokie to Chicago. If our other services are your preference, then know that we also offer home and motorcycle insurance with unmatched customer satisfaction ratings, so contact where one of our friendly representatives would be happy to help find a plan tailored just for you. 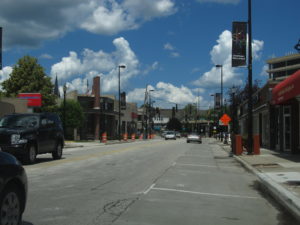 Insurance Navy provides the perfect car insurance policy for your budget and needs. With knowledgeable staff who are willing to work with you until they find that one right, it doesn’t matter if you stop in or not- we'll be there waiting when you do! As a BBB accredited business, our customers know that their interests will always come first before anything else because of how much attention every customer gets from us beforehand as well; just like family should treat each other. Stop by anytime near Skokie where InsuranceNavy is located close to get a quote.

Skokie Insurance You Can Trust

Your car is just as important to us and our community, so we're here for the long haul with personalized service. Whether you live in Skokie IL -or another nearby neighborhood such as Evanston IL- Wilmette IL, Glenview IL, or NilesIL- our company is here to help! Our bilingual staff are ready to answer any questions about coverage or what type will work well for you, and they'll get it done - no question asked. Contact InsuranceNavy today if you want a personable experience from people who care about getting you what you need.

A Look Into Skokie

Noted for how fast its population grew many years ago, Skokie earned the title of “The World’s Largest Village.” The village is home to the Illinois Holocaust Museum and Education Center which was first opened in 2009. Approximately a 40-minute drive from Chicago, Skokie remains for the history it carries.

Skokie is full of commuters who get to work in 29.9 minutes and those that enjoy a car ride may be interested to learn the drive from Skokie, IL. For those who are looking to commute to O'Hare International Airport, it takes less than 30 minutes.