If you need low-cost homeowners insurance, auto insurance, or any other kind of protection, including SR-22 automobile insurance and motorcycle insurance, contact Insurance Navy right away. For over a decade, we've been matching customers with the best policy for their needs. We're focused on making you the obvious choice for all of your auto insurance needs. We can generally complete tasks within an hour after we get the go-ahead, so don't hesitate to contact us right away! 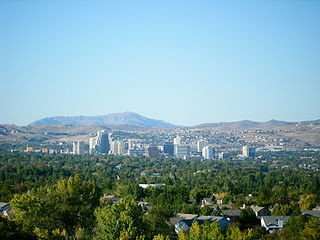 We specialize in providing various types of protection, including collision insurance, which you can get from us at a reasonable rate. We provide reliable coverage as well as an established track record in the auto insurance industry, and we're delighted to offer several options. Insurance Navy realizes that you're looking for more than just legal protection. We are always eager to answer any questions you may have regarding our insurance services.

Reno Car Insurance You Can Trust

Insurance Navy provides attentive and consistent customer service. We provide 24/7 emergency assistance to all of our clients, as well as a variety of services. We have multilingual representatives on staff who will assist you with anything and answer any questions, as well as give cost-effective pricing. It is a legal obligation to have your car insured in Reno, and we feel that following the law should not be costly. The best news is that our business can be handled entirely online or over the phone.

A Look Into Reno

Just on the border of California in Nevada is Reno, otherwise known as the “Biggest Little City in the World.” Several visit Reno for their casinos and seasonal/year-round tourist attractions. Reno may not be home to any major league sports teams, but several minor league and collegiate teams are common. Some of the city’s largest employers include the Washoe County School District, the University of Nevada, the Atlantis Casino Resort, and the Eldorado Resort Casino. Education and vacation are balanced out in Reno.

Reno is serviced by several bus routes and transit companies, including the Regional Transportation Commission of Washoe County, which has buses going to Carson City. Greyhound also makes stops over in Reno. A major rail service is Amtrak’s California Zephyr. The air service is majorly provided by the Reno-Tahoe International Airport.