Insurance Navy can assist you in obtaining the insurance coverage that best meets your needs. From low-cost homeowners and automobile insurance to SR-22 and motorcycle insurance, we have it all. It's as simple as jumping online and filling out a short questionnaire. Then you can see what low-cost auto insurance in Paradise you qualify for. 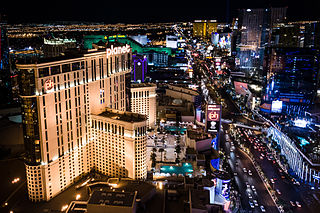 Insurance Navy has received a lot of praise for its outstanding client care and attention to detail. Our staff is always ready to help you find the finest alternative, whether it's vehicle insurance or a new life policy. They're glad to accept your challenge! We offer insurance brokers that can generate personalized quotes with competitive rates to fit any budget, even in Paradise, NV.

Paradise Car Insurance You Can Trust

If you're searching for a vehicle insurance company in Paradise, look no further. We will ensure that regardless of the sort of insurance you need, we can discover and insure it at a price that is right for you! Don't put it off until tomorrow if you need bilingual employees or there's anything else on our side that would assist rather than harm you. Act today because now is the time to do so. You deserve the finest policy from those who care about your well-being; please call us right away.

A Look Into Paradise

If you ever visited Las Vegas, then you more than likely have already been to the unincorporated township of Paradise. If you ever wondered where the locals live beyond the Strip, now you have your answer. If Paradise were incorporated, then it would be the fourth most populous city in Nevada. The University of Las Vegas, Nevada, and the McCarran International Airport are all within Paradises’ limits. The city of Vegas itself is right next to Paradise along with the Strip. Several tourist attractions not in mainstream Vegas can be found here. Paradise is also home to the Vegas Golden Knights and Las Vegas Raiders -both relatively newly relocated teams.

Like Disneyland, Las Vegas has a monorail system that runs through the main Strip and the unincorporated townships in the area. Shuttle service is regular in the Strip may carry over to the neighborhoods. The main airport is the McCarren International Airport, which many quests to Vegas utilize.