There are few things more frustrating than when you need car insurance but can't find the best coverage. That's why at Insurance Navy, we've made it our mission to help people just like yourself in your time of need! You'll feel confident and stress-free knowing that our company has been assisting people in getting insured for over two decades now. We're always available, so don't hesitate - give us a call today or stop by our office Normal anytime to get started. 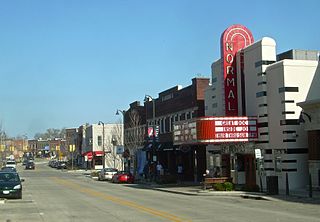 Insurance Navy is a friendly and professional insurance company in Normal IL that has been in business for over two decades. We have many types of clients, so we have experience serving varying needs. With our commitment to excellent service at an affordable price backed by the Better Business Bureau's Complaint Free Award, you are sure to get the coverage you require. Stop by today as InsuranceNavy will match your budget to find you excellent car insurance or other coverage with expert care from knowledgeable staff members who are here waiting on you.

Normal Insurance You Can Trust

InsuranceNavy is where you can find excellent, affordable coverage with a welcoming and professional staff in Normal IL. We understand that it can be challenging to find quality insurance coverage at a reasonable cost. Luckily, our bilingual staff is available 24/7 so you never have any trouble getting the answers you need any time of day or night! Stop by and see how we are able to cover your needs for less today.

A Look Into Normal

As its name derives from the French term for teaching schools, Normal continues to be associated with learning. It is home to three places of higher education -- Illinois State University being the most notable. There are also many unique historic sites, shops, and restaurants to visit in the area.

Residents and visitors can travel from Bloomington-Normal Amtrak station with train connections to Chicago. Bus service to Peoria and Amtrak stations is also available to Galesburg and Champaign/Urbana. The Central Illinois Regional Airport in Bloomington can be reached on Route 9.