Insurance Navy is your best option for affordable car insurance. We pride ourselves in providing exceptional rates on Auto Insurance, SR-22 Insurance, home insurance, and even motorcycle insurance to those from Naperville all the way over to Chicago! With our insurance agents who have experience with years of service in the car insurance industry, these experts are here, ready and available to help match you with the auto insurance that will suit both your needs as well as your budget. 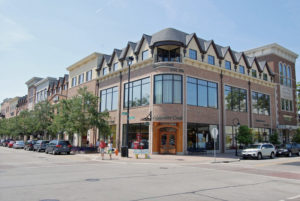 A Look Into Naperville Illinois

Located west of Chicago, the city of Naperville is notable as one of the top best cities to live and raise a family in the whole United States. Residents and visitors will find excellent healthcare, top-notch public and private schools, and beautiful parks with plenty to do for kids in all seasons. Also, Naperville has an extremely low crime rate. To date, this community has two sister city affiliations: Nitra in Slovakia and Pátzcuaro, Mexico.

Naperville residents have access to the BNSF railway line which is a quick and easy way to get downtown Chicago. It runs from Naperville to Chicago Station in just 47 minutes, an even faster option if you take the Illinois Zephyr which will have you there within 35 minutes.

Getting Naperville Car Insurance is Easy with Insurance Navy!

Car Insurance Quotes in Naperville IL are only a click away.