Insurance Navy will provide you with the auto, homeowner, renter, and SR22 coverage that you need! Insurance Navy provides insurance to every vehicle, including trucks, cars, SUVs, motorcycles, trailers, and more. Whether you drive an economy car or a high-end automobile, we will provide the appropriate coverage for your needs. We offer SR22 insurance for drivers who want to save money on their premiums but still obtain auto coverage in case of an accident. 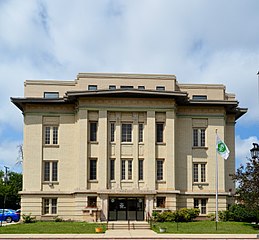 Insurance Navy has been recognized for offering excellent client service and attention to detail. Our team of Chicagoland agents is constantly on hand to assist you in selecting the finest alternative, whether it's car insurance or a new life policy. While we may not have a location in Maywood, our website never sleeps on a Chicagoland community.

Maywood Insurance You Can Trust

With Insurance Navy, you'll find the finest automobile insurance in Maywood. We'll make sure that no matter what sort of coverage you need, we can find it and insure any vehicle at a price that is specifically for you! Don't hesitate to contact us today if you require bilingual employees or there's anything else on our site that will do more good than harm.

A Look Into Maywood

Maywood is home to some of the brave souls of the 192nd Tank Battalion in WWII as it was the base for the Illinois National Guard. The armory was even located on the main street. The town has an annual memorial event for the over 80s men who didn’t return to Maywood. Because of events like this, Maywood has come to be a historic west side destination with several landmarks like the Masonic Temple.

Maywood is serviced by the Union Pacific/West Line, which runs between Elburn to the transportation center in Chicago. Maywood is between both O’Hare International Airport and Midway Regional Airport at the same time.