At Insurance Navy, we understand that every driver has different needs. That's why our experienced Indianapolis agents will work with you to find the perfect plan for your vehicle and lifestyle no matter how much or little coverage you need! We have competitive rates on auto insurance, SR-22 filings, motorcycle coverage, and more. Contact us today so we can get started protecting you and your vehicle. 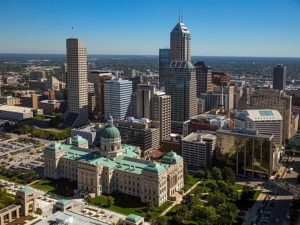 InsuranceNavy Brokers is passionate about providing customers with quality, affordable car insurance that meets their individual needs. We believe in a friendly approach to business and are always willing to answer any questions you may have before signing on the dotted line! From start-to-finish we strive for personalized attention by meeting your specific requirements as well as those of our company's policies which will help ensure you get the best experience possible when searching for auto coverage - even during initial contact! If trustworthiness matters most while choosing an insurer then this company has what it takes because InsuranceNavy Brokers cares deeply about treating each customer fairly.

Many people today are looking for the best insurance company to protect their families and assets. InsuranceNavy is a bilingual, community-minded company that has won awards from Better Business Bureau due to our excellent customer service as well as affordable rates. Our staff speaks both English and Spanish so we can answer any questions or needs you have with ease!

A Look Into Indianapolis

Indianapolis is a very lively city with much to see and do if you’re a resident or visitor. While the city has many attractions to see and be entertained by such as Monument Circle, The Indianapolis Motor Speedway Museum, and the Children’s Museum, it relies heavily on logistics, manufacturing, and distribution to keep its community thriving.

Indianapolis has been dubbed the ‘Crossroads of America’ since interstates 65, 69, 70, and 74 all cut through the city.IndyGo provides public transport to the locals while Amtrak can take travelers anywhere they need to go by rail from Indianapolis International Airport.