Insurance Navy is family-owned with over 20 years of expertise assisting customers in finding the best auto insurance policy for them. We are available at all times, day or night, and can assist you when tragedy strikes. We believe that if you were a member of our family, you should be taken care of as though you were one. Even if you are in need of an SR-22, Insurance Navy not only provides it but also with affordable rates. 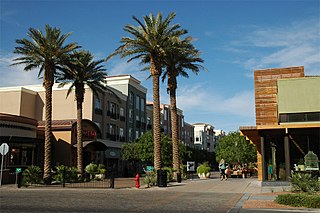 Insurance Navy is a good option for consumers searching for low-cost automobile insurance in Henderson and the adjacent towns. We have skilled specialists on staff to guarantee that you and your loved one are comfortable with the knowledge that they provide fair pricing that is consistent with your existing financial circumstances, from SR-22 insurance to house or auto coverage, so there's no uncertainty about what you require.

Henderson Car Insurance You Can Trust

Look no further if you're looking for a vehicle insurance provider in Henderson. We'll make sure that regardless of the sort of insurance you need, we can identify and insure it at a price that is suitable for you! If you need multilingual staff or anything else on our site that will assist you rather than damage you, don't put it off until the following day. Call us right away because now is the moment to act. You are entitled to the finest insurance from people that care about your safety; please give us a call right away.

A Look Into Henderson

Henderson is located 16 miles southeast of Las Vegas and is one of the incorporated towns within the Las Vegas Valley. Lake Las Vegas is also located within Henderson city limits. Malls, venues, and even casinos are all popular destinations when visiting Henderson. Residential neighborhoods are also affluent in some areas. Henderson has origins as a magnesium production center during WWII in the 40s. Since then, the tourism industry hasn’t only grown, but so has the education and sports scenes. Several athletes are known to have come from Henderson. The city itself continues to be the largest employer in the area.

RTC Transit has bus routes that run all through the Las Vegas Valley. Union Pacific has a line running through Henderson as well. However, several of Henderson’s residents own cars, and driving is pretty much the main method of transportation. The McCarran International Airport is the main hub for air travel along with the smaller executive airport.