Insure with Insurance Navy! Our best-in-class auto insurance rates are what separates us from other companies. We pride ourselves on our ability to provide competitive pricing as well as unmatched customer service for those near Glendale Heights and all the way over to Chicago. With years of experience, we will be able to match you up with a reliable car insurer that can meet your needs and budget concerns immediately so give us a call today! 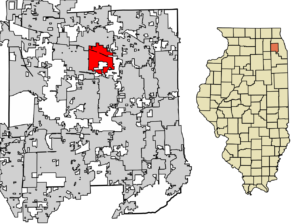 As a recent Better Business Bureau award winner, InsuranceNavy Brokers near Glendale Heights has served over 30 years in the insurance industry. This family-owned and operated company is not just interested in providing an excellent product at competitive prices but also delivers exceptional customer service with every visit to one of their offices.

At InsuranceNavy, we are here to make sure that your car insurance needs are met. We'll help you find the right coverage for you and guide you through all of the different types available so there's no confusion about what type is best. If bilingual staff members who can answer any questions on how to get started with this important purchase sounds like something which will benefit both yourself and your loved ones- then give us a call today!

A Look Into Glendale Heights

With its roots in the small farming town of Glendale Heights, the city has become notable as the childhood home of The Smashing Pumpkins’ Billy Corgan. Along with its rock music association, Glendale Heights has found a newly popular activity at Vertical Endeavors, which offers unparalleled views from atop their unique climbing walls.

Glendale Heights is a great escape from the busy city life just an hour west. With easy access to Chicago O'Hare, those who want quick trips back home can take public bus services without having to travel into the bustling metropolis themselves. It is possible to take the local bus to the Glen Ellyn Metra Stop and take the Union Pacific West Metra line to Ogilvie Transportation Center to reach Chicago.