Because Insurance Navy is the most cost-effective automobile insurance, more people are choosing it. Because of our hands-on approach and presence in the Midwest, we've developed into one of the Midwests most successful insurance enterprises. We're bringing our excellence to the west coast with the best low-cost vehicle insurance, house, renter, and SR-22 coverages available. 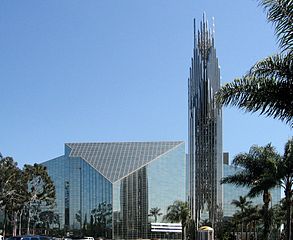 We help you discover the finest auto or home insurance policy for your needs as we work with you every step of the way to assist you. Our customer-focused approach and competitive pricing were the basis for our BBB accreditation. We compare the highest-ranked alternatives for our clients, with a focus on numbers. All you have to do now is decide whether or not it fits within your financial constraints. We do not have a storefront in Garden Grove, but we do have a responsive online presence.

Garden Grove Insurance You Can Trust

Garden Grove is the latest city in California to join our list of Insurance Navy agencies. The mission has always been to provide everyone in every community access to low-cost car insurance as a routine procedure. Car insurance is generally required, and following the regulations should never be prohibitively expensive.

A Look Into Garden Grove

Garden Grove is known for its annual Strawberry Festival held over Memorial Day weekend since 1958. A quarter-million visitors attend this event annually. Culture-wise, there are two theatres, the Christ Cathedral and a Buddhist Temple. The band Sublime once wrote a song named after the city, which describes traveling to the town. The western section of the town is called “West Garden Grove.”