Now is the time to obtain low-cost auto insurance with Insurance Navy. Our specialists have a lot of expertise in this area, and we'll make sure you can sleep well knowing that we offer reasonably priced automobile insurance for individuals in California. Apart from auto, house insurance is among our most common services. We also specialize in homeowners, renters, and SR22 insurance, as well as other policy kinds. 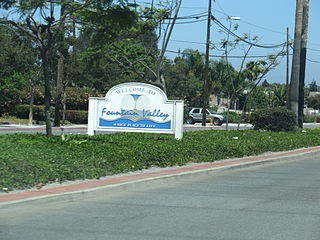 Auto insurance is easy with Insurance Navy. We offer competitive rates for everyone, regardless of age, policy type, location, or vehicle make and model. Our experienced personnel will work with you until they discover that one perfect answer, whether you come in or not. Customers are certain that our first priority will be to put their needs first since we give such close attention to them ahead of time and carefully listen to them. Insurance firms should act as if they were part of the family. Even though our California location is 18 minutes from Fountain Valley, our customer service is just as good.

Fountain Valley Insurance You Can Trust

We take pleasure in offering professional, dependable service for your automobile and will be there for the long haul since it's vital to our neighbors and us. Let us assist you in determining the right insurance coverage strategy for your requirements. We'll answer any queries you may have about insurance or which sort is ideal for you, and we'll do it right away – even if we're extremely busy.

A Look Into Fountain Valley

Fountain Valley is more so a suburban city rather than an industrial or tourist-driven one. Several of the residents may work in other cities and commute regularly. The commercial center of the city is the Southpark district by the Santa Ana River. Companies such as Starbucks and Hyundai Motor America have offices set up in Fountain Valley as well. The Fountain Valley Regional Hospital and Medical Center is the largest employer in the era, with Orange Coat Memorial Medical Center as the second.