We can save you money on your premiums each year by looking at all available options and comparing them to one another for the best value. It has never been simpler to get great auto insurance in the Chicagoland area. Insurance Navy takes pleasure in developing policies that are not only affordable but also provide excellent coverage for your needs. 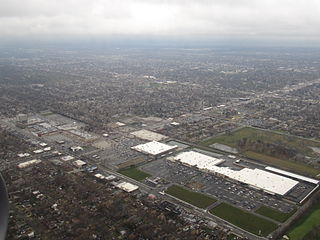 Assist you in identifying and pursuing the best alternatives for your needs now. Our representatives are always on standby 24 hours a day, so contact us right now to talk with one of them about what options are ideal for you today. Insurance Navy is dedicated to delivering the greatest level of service possible. We're delighted to offer the Better Business Bureau Complaint-Free Award seal, which assures you that we respect our customers and give them a unique customer experience. We’re happy to bring that service to Evergreen Park.

Evergreen Park Insurance You Can Trust

Insurance Navy is the ideal solution for you if you want secure vehicle insurance at a reasonable price. Car insurance isn't cheap for everyone, but we offer low-cost alternatives. Our coverage is not only affordable, but we also make certain that it protects your finances if you're on the road behind the wheel. We provide prompt and courteous service for all of your roofing needs. Our multilingual staff is accessible 24 hours a day, seven days a week, to answer any questions you may have.

A Look Into Evergreen Park

Evergreen Park can be reached by bus or train quite easily on account of being so close to the city itself. Not only does the Metra have lines and stations running through Evergreen Park, but so does the CTA’s Elevated ‘L.”