Insurance Navy is a great company to call if you're looking for insurance coverage! From low-cost home and auto through SR-22, motorcycle, or more - they have all of your bases covered. With knowledgeable agents in Evanston that know how to find exactly what you need, contact Insurance Navy today so we can get started finding the perfect plan just for you! 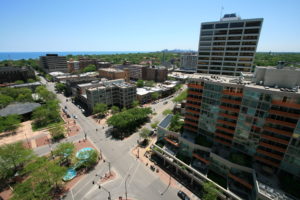 InsuranceNavy Brokers is a company with award-winning customer service and attention to detail. The team has many experts who are always eager to help you find the best solution. They're happy not only for auto insurance or new life policies but also any other challenges that come your way. Our exclusive brokers in Evanston will customize quotes just for you based on competitive rates and every budget imaginable.

Evanston Insurance You Can Trust

Insurance Navy is a family-owned and operated company that knows how important it can be to have the right coverage. We are here for you. If bilingual staff members are needed, or if there's anything else on our end we can do to assist you, we have you covered. You deserve the best policy from people who care about your needs; let us show them just what they mean by calling now.

A Look Into Evanston

One of the most recognizable landmarks of Evanston to many is likely to be Northwestern University. As it’s grown over the last century, the city has also become significant for its historical architecture and homes that overlook the lake.

The city of Evanston has a well-connected public transport system, making it easy to reach via the Metra and CTA train lines. It takes around 40 minutes from Chicago and around 30 minutes from O’Hare International Airport to get to Evanston.