Put it to the test by getting a quote from Insurance Navy! Our auto insurance rates are what set us apart from the competition. We value our reputation for providing low-cost pricing and outstanding customer service to residents as south as Champaign and all the way north to Chicago. We have years of expertise and can quickly locate a dependable auto, homeowners, renters, or even an SR22 insurance policy that fits your needs and budget restrictions. Our services naturally extend to Elmwood Park. 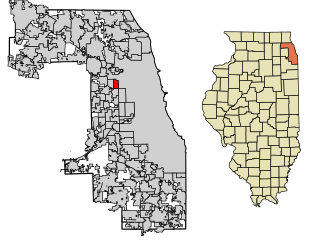 Insurance Navy aims to give the finest level of service to its clients. For our continuous efforts to make clients feel cared for like family, we were named recipients of the Better Business Bureau's Complaint Free Award. When you arrive, we'll make certain that your requirements are satisfied since Insurance Navy offers one of the broadest car insurance coverage in Elmwood Park.

Elmwood Park Insurance You Can Trust

Do not be afraid to speak with your insurance agent. There are many things that you can do and say if you're prepared for an accident, but there's one thing that no amount of preparation will help: the expense. You may have the greatest car insurance in the world, yet it won't protect you if you don't have adequate coverage. Because our rates are low-cost, suited to any budget, and we have bilingual personnel available 24 hours a day, seven days a week to address all of your queries or concerns.

A Look Into Elmwood Park

Elmwood Park is a westward suburb in the Chicagoland area close by Elgin. The community is known for being majorly Italian-American. In fact, Elmwood Park’s international sister city is Frosinone in Lazio, Italy. Elmwood’s schools include elementary, middle, and high school grades operated by Illinois Community Unit School District 401. The Saint Celestine Catholic Parish is an especially attractive destination in Elmwood Park.

Elmwood Park has a train station for the Metra, which runs between Elgin and Chicago’s Union Station on the Milwaukee District/West Line.