Contact Insurance Navy right now if you need low-cost homeowners insurance, auto insurance, or any other sort of coverage, including SR-22 auto insurance and motorcycle insurance. For decades, we've been matching consumers with a plan that matches their demands because of our knowledgeable agents. We want to be your first choice for all of your roofing needs. We offer free estimates and can usually get started within an hour of giving notice, so don't hesitate to contact us right now! Get in touch with us immediately if you'd like to start the process so that we may safeguard you from financial perils. 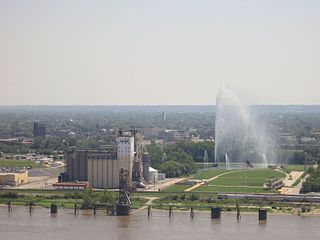 Insurance Navy has been in the vehicle insurance field for over 30 years and is pleased to provide comprehensive coverage. We understand that you're searching for more than simply legal protection. Therefore we provide alternatives. Before committing to us, the friendly staff is always ready and eager to answer any of your inquiries regarding our plans. Even after the first contact, ensuring that each client receives personalized attention from beginning to end means there's never too much care when it comes to Insurance Navy, even if we don’t have a location in the community.

Insurance Navy is on hand to assist you with whatever life throws at you. We have multilingual personnel who can help with anything and answer any queries, as well as provide cost-effective rates just for you! Let us assist yourself and others in East St. Louis today by receiving personalized attention from Insurance Navy's friendly experts.

A Look Into East St. Louis

East St. Louis sits across the Mississippi River from the city of St. Louis, Missouri. However, it still sits in Southern Illinois. While the city was once one of the most populated in Illinois in the 50s, it has come down over the past half-century due to restructuring. But, East St. Louis is still rich with history and cultural destinations like the Gateway Geyser and the Eads Bridge connecting to the city of St. Louis.

Transporation is often serviced by the Metro Transit company, which also oversees public transportation in St. Louis. Trains go to and from the city while the Amtrack goes up-state.