Call Insurance Navy now to get the best auto insurance rates! Our experts have years of expertise in this sector and will make sure you can sleep well knowing we offer reasonably priced auto insurance for people living in the Chicagoland area. We also specialize in homeowners, renters, and SR22 insurance, among more policy types. 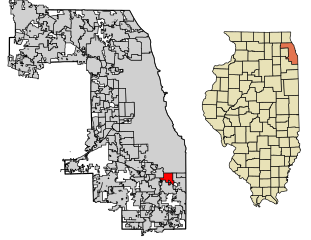 Insurance Navy offers the ideal auto insurance coverage for your budget and requirements. Whether you come in or not, we'll be there when you do because our knowledgeable staff will work with you until they find that one perfect solution. Customers know that their interests will always come first, as they would with any other BBB accredited business, because of how much attention we pay to them ahead of time, and just like family should treat one another, so should insurance businesses. Stop by anytime near Dolton to receive a quote from us.

Dolton Insurance You Can Trust

We're dedicated to providing excellent service for your vehicle, and we'll be there for the long run because it's important to our neighbors and us. We'll assist you in selecting the best plan for your needs. We can answer any questions regarding coverage or what type is ideal for you, and we'll get it done - no question asked. Visit us in Dolton today or get a free online car insurance quote!

A Look Into Dolton

The town of Dolton is located west of Interstate 94 and south from the Chicago city limits, but just enough to be in Cook County. The town is named after the family of settlers who first arrived in the 1830s. Dolton has two school districts and is part of the South Suburban Community College District 510 in terms of education. Insurance rates here tend to be slightly higher than average.

Dolton has several transit routes in the area -including Metra lines and buses. Metra lines run northwest towards Blue Island and into the city via 55th St, which runs along South Lake Shore Drive.