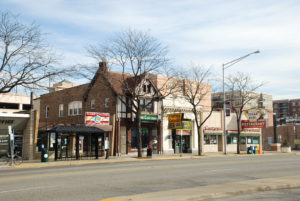 All of us at InsuranceNavy know how complicated it can be to find the right car insurance in Des Plaines. To help, we have a team of friendly and knowledgeable agents that are always ready with your best options for coverage at an affordable price. Our customer-oriented approach won us the Better Business Bureau’s Complaint Free Award. This is because when you come into our office auto insurance, you'll feel like family. We're committed to providing personalized service so that each customer will walk out happy with their choice of policy.

Des Plaines Insurance You Can Trust

InsuranceNavy is committed to providing customers with assistance and education to ensure they receive the right coverage in all of their auto insurance needs. We've got you covered here in Des Plaines. You can come talk to one of our professional staff members about the coverage you require, from new drivers or first-time homeowners or renters all the way up through experienced drivers. We'll make sure that no matter what policy you need, we will get it right - guaranteed. If you're in Des Plaines and looking for a friendly, bilingual service associate to help save money on your car insurance premium, then call InsuranceNavy today.

A Look Into Des Plaines

Located North-West of Chicago, the city of Des Plaines is noted for its association with the Des Plaines River, which its name derives from. The city continues to host many interesting attractions, especially the McDonald’s museum, as Des Plaines was home to Ra Kroc’s original McDonald’s franchise.

Des Plaines is the perfect place for business travelers and tourists alike. Located just 15 minutes from O'Hare International Airport, residents can also take a Metra train to downtown Chicago in about 30 minutes or less.